The Seven Wonders of the Ancient World

What are the seven wonders of the ancient world? 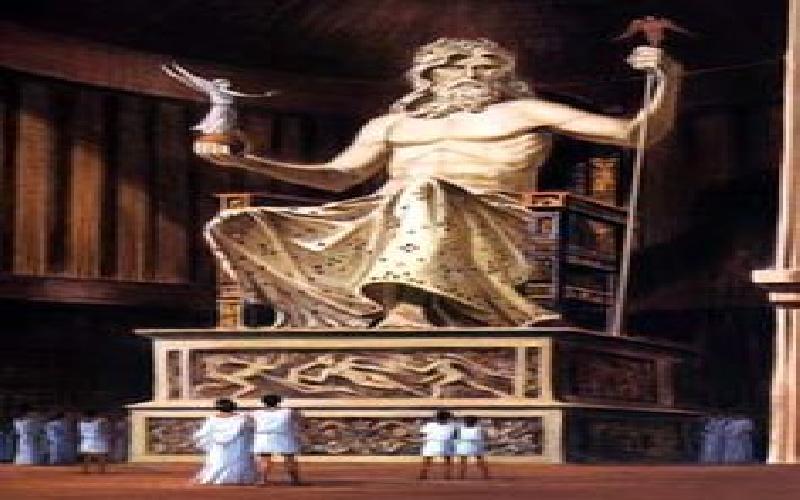 Seven monuments of the ancient world appeared on various lists of historians. The list is given below.

It was in Alexandrian period, the historians started to classify various monuments as marvels and wonders. These are the seven monuments regarded as wonders in the ancient era.

The Pyramid of Khufu

It is the only surviving ancient wonder now. Situauted on the banks of river Nile, in Egypt, it extends in 12 acres. The pyramid was built in 27th century BC. It took hundred thousand workers about 20 years to complete it. It is called the Great Pyramid.

The Hanging Gardens and Walls of Babylon

It was constructed by the then Babylon king Nebuchadnezzer. Babylon was one of the most prominent cities then. It was built on terraces in different levels and had many fountains as well. The gardens didn't survive many years.

The Statue of Zeus

The statue of Greek god Zeus used to be situated at Olympia. Designed by Greek sculptor Phidias, it was built around 463 BC. The statue was in marble and was covered by gold. It had a height of 9 meters. It was ruined in a fire in 475 AD. Soon it was taken to Constantinople but didn't have a long life since then.

The Temple of Artemis at Ephesus

Also called the temple of Diana, it was bulit in 4th century BC, during the tenure of Alexander the Great. It was situated in Asia Minor region. Built completely in marble, the entire edifice had a length of 342 ft and width of 164 ft. There were 127 spears of height of more than 60 ft. The temple was demolished in 262 AD.

The Tomb of Mausolus at Hali Carnassus

It was built by Queen Artemisia of Asia Minor for the memory of her husband. Built in 352 BC, the marble structure had a height of 140 ft. It was in a circular shape. The edifice is believed to have been destroyed in an earthquake.

The Colossus of Rhodes

The statue of Helios, the Sun God, was completely in bronze. With a height of 105 ft, it was built in around 280 BC. It took a period of 12 years for construction. It collapsed in an earthquake in 224 BC.

The Pharos (Light House) of Alexandria

This marvel used to be situated in the island of Pharos, near Alexandria port in Egypt. It is believed to have been built before 247 BC. It had a height of 200 ft. An earthquake was also the destroyer of this structure. It is the first known light house in the world.

This list of ancient wonders later inspired succeeding generations of historians to come up with various list of wonders, including that of middle ages and modern world.

TAGS : history seven wonders ancient wonders world history
Let us know how you like this article. Like it and Rate it below.
174 0
0
Thanks for rating this article
0 stars - by 0 user(s)