7 Cheap Yet Beautiful Countries to Travel Around The World 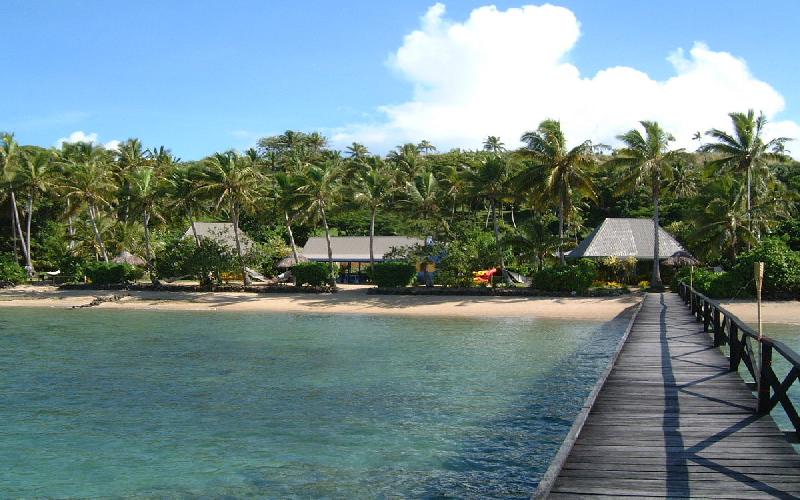 7 Cheap Yet Beautiful Countries in the World to Visit

This Balkan country is the cheapest country to travel in the entire Europe, where with a budget of 1500 Euro, you can enjoy a full month along with your family. Additionally, the unimaginable beauty of this place includes the beaches of Varna, Elena, Golden Sands, Burgaz, Obzor etc. If you want to sink in the beauty of both beaches and forests, then the prescribed points are Karadere and Rakitnika which are mostly visited by the local people. The mountainous view of Rila, Pirin and Rhodope are no less than the majestic view of that of the Alps. Bulgaria is culturally very enriched as well. It holds the third position in cultural monuments in world ranking.

The ancient cities of Sofia, Varna and Veliko Tranovo you would get to enjoy the royal view off the ancient architecture. When it comes to food, Bulgaria offers an incredible combination of healthiness and tastiness of  Greek and Turkish cuisine.

Mainly famous for Prague, Czech is another cheap yet beautiful place which is very much affordable if one is planning for a cost-effective, yet mind-blowing destination to visit. Full of Ornate castles, Czech Republic includes many places which can be visited for free to capture the historic value of the ancient Gothic, Renaissance and Baroque Buildings. If one is not into history much, for them too, Czech Republic has many more interesting sites to offer such as Moravian Karst, Litomysl, Kutna Hora, Charles Bridge, Havelska Flower Market etc.  The plus point is, transport cost is nominal and the train journey through the castle cities would give you a view of life. The entire Prague can be visited on foot if someone wishes and also, partying is probably the most affordable thing in Czech Republic because of its cheapest, yet high quality beers. Apart from the Italian cuisine, you can also taste the famous, traditional Czech Dishes such as Kulajda, Beef  Steak Tartare, Schnitzel with Potato Salad and last but not the least, Goulash.

Let's go outside Europe now. When one is preparing a cheap travel, Thailand is the first one that comes into his/her mind. A place full of vibrance and life, tantalizing food, unlimited shopping spots, plenty of tropical beaches, amazing Spa, Scuba Diving, Sky diving, Thailand has it all. This is the reason, Thailand is by far the most alluring place for the tourists across the globe in terms of both cost and fun. Transport is nowhere easier to find. You can hire motorbikes for any trip in Thailand. This "land of smiles" also enriched with amazing tourist spots such as Railey Beach, Koh Phi Phi, The Grand Palace of Bangkok, Khao Nai National Park, historic city of Ayutthaya etc. Thai cuisine is world famous for its mouthwatering taste and side by side, the health benefits. Tom Yum Gung, Gang Som Pak Ruam, Panang Gai, Gai Pad Pongali, Kao Na Phet are some of the most mention-able ones.

After recovering from the barbaric destruction of the American Civil War, Vietnam requires a mandatory mention in the list of cheap countries to travel. The most interesting fact about Vietnam is, its elongated shaped map would allow you to make such a travel plan, that wherever you start your travel from, you will end up at the other destiantion by default. Some best places to see in Vietnam include Ho Chi Minh Cty which was  declared as a UNESCO World Heritage in 2003, Hanoi, Historcial City of Hoi EN, Phone Nha Ke Bang national park which is known as "Heaven on Earth" Phu-Quoc Island, Nha Trang these are the places most mentionworthy. Vietnam is also an ideal place for the shoppers because here you can find the most artistic handcrafts, ornaments, fishes at the cheapest rate. The bicycle hiking through the rural and heavenly beautiful paddy fields would make you forget your daily life stress for quite a while. Water Puppet Theater is another interesting place to visit. And also none can forget the amazing taste of Vietnamese dishes specially grilled chicken dipped into peanut butter sauce and prawn in bamboo shoot. Just be aware of the scammers. Vietnam is also a hub for these people and causes the tourists to suffer a lot. But nontheless,

Not all Pacific Island Destinations are as expensive as you think them to be. Fiji is rather on the opposite side. Guesthouse, activities, everything is cheap there in comparison to the other Pacific Island Destinations. Rich with coral reefs, palm-lined beeches, Fiji has many more to offer such as Colo-i-Suva Forest park,Tavuni Hill Fort, Albert Park,Sigatoca River Safari, Kula Eco Park and Fiji Museum.The hub for dynamic corals, turquoise deep water, rich history scenic beauty, Fiji is quite affluent in tourist values and would never let you come back empty-handed no matter you are visiting this place for just relaxing or sight seeing, which makes it easily include into our list of top budget travel destinations.

This is another cheap country to visit if you are low on budget. This Central American cheap holiday place is often ignored by many tourists, but if you give it a try, you would never regret it because in this place, within less then 25$ a day, you can afford super cheap food along with an opportunity to explore Red Sea, white sand beaches,and world's second largest coral reef system situated as Roatan. City of historical value Copan,Utila, Macaw Nature Reserve, Lake Yojoa which is ideal for fishing and bird watching as well, Punta Sal which used to be a hiding place for the pirates and El picacho. When it comes to food, traditional Honduras dishes are full of beans, tortilla and rice. Baliada, Pastelito, Arroz con Pollo are names of a few. Normally if you are a spicy food lover, then Honduras cuisine is a must try for you.

Last but not the least, none can stop India from including itself into the list of top budget travel destinations. The place is enormous and just not possible to explore this country in a single tour. We are just providing you a short list of places which are must-sees and this list would remain incomplete if I do not mention them. At the same time, with a very low cost. Rajasthan, which is full of massive hill forts, gorgeous temples,museums, and art-galleries; a touristic darling Goa, where you can enjoy water scooters, banana boat rides, jet skiing; Jammu and Kashmir, also known as the "Crown of India" renders  a heavenly view with Shalimar Garden, Dal Lake,Tulip Garden and Bagh-E-Bahu Aquarium; Punjab, the ideal land of history, cordiality and religion contains the Golden Temple which symbolizes this place and the breathtaking view of the mustard fields and unending source of greenery, Meghalaya which comes along with Umiam Lake, Nohkalikai Falls, Elephant falls, Mawsmi Cave, Laitlum Canyons which would not let you feel like going back to your routined boring life ever again. Among other places in India with high touristic values, there are Andaman and Nicobar, Delhi, Pondicherry, West Bengal,Lakshadweep and Orissa. India is more than an ideal place for shopping at cheapest rate and great combination of regional and traditional cuisine, which would lead one to write an entire 1000-page book if attempted to describe. Just naming a few- Samosa, Vada, idli, Dosa, Poha, Churmur, Aloo-Tikki, Navratan Korma, Chathh, Puri, Pakoda, Chutneys, Palak Paneer etc.

TAGS : cheap travel destinations beautiful cheap countires cheap destinations in the world holiday destinations cheap places to travel
Let us know how you like this article. Like it and Rate it below.
101 4
0
Thanks for rating this article
0 stars - by 0 user(s) 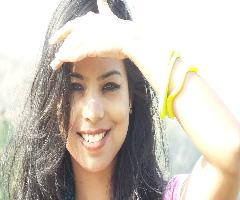 A little bit should always be left unexplored..:) 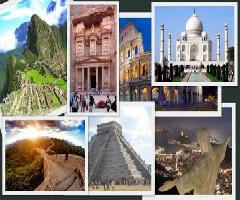 The 7 Wonders Of Modern World

Read about the 7 wonders of modern world. They have immense artistic and historical importance..

Informative article. I did not see Maldives and Bali on the list. lol. :)

Great guide to travellars. I want to thank u for sharing such good informations.Hope to see some more in this context.

Thanks so much Monalee!! I feel highly encouraged by ur comment. :)

Nice information. Glad to see India here... And yes, all 7 of them are great places to travel having some unique beautiful places out there, hope to visit all of 'em.

There are numerous sites to see in these areas and I know they are cost effective, how safe would an American be traveling there. Americans are usually targets in areas of need and I know these areas are not all bad but I want to know without a shadow of a doubt that my family and myself will be safe. With that being said I know that Vietnam and India have beautiful areas I would love to see. Maybe someday I will get there.

May god fullfill your wish Iggy! Loads of love. <3