Ganesh Chaturthi has huge significance in the lives of numerous Hindus all over the world.

All the puja festivals begin with Ganesh Chaturthi. 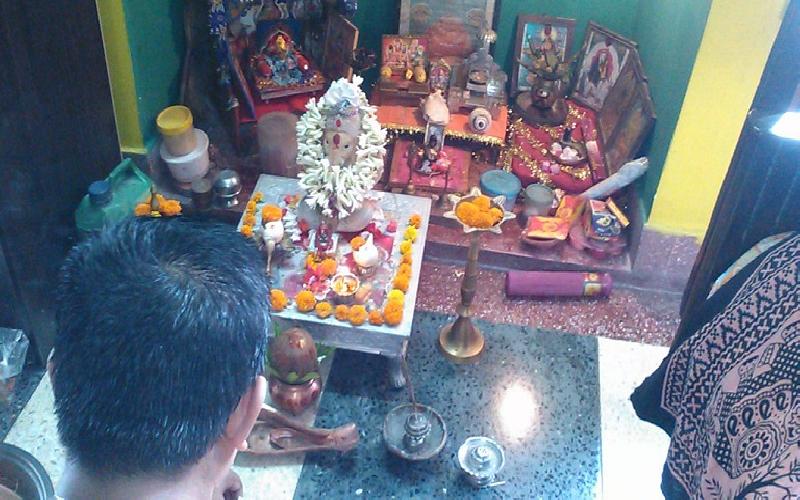 The article speaks about the relevance of Ganesh Chaturthi the puja of the Elephant God in the lives of numerous Hindus in different parts of the world.

In addition to India, Ganesh Puja is worshipped in Trinidad, USA, Malaysia, Singapore, Thailand, Nepal, Myanmar, Canada by Hindus in their own ways.

According to mythology Parvathi created Ganesha out of sandalwood paste that was used for her bath and gave life into the figure. She asked young Ganesha to guard the door while she had a bath.  When Lord Shiva returned home, Ganesha never knew who was Shiva and did not allow him to enter the house. Shiva send his disciples to teach Ganesha a lesson.

Ganesha defeated all of them as he was built with the power of Parvathi. The Shiva out of rage beheaded Ganesha. But seeing the rage of Parvathi Mahadeva gave word that he would get Ganesha alive.  The Gods could not find any other head other than the head of a dead elephant. Shiva fixed that head in the body of Ganesha and gave life to him.

The Ganesha puja begins with buying of Ganesha idols and their prathista in the pandals. The priest wears the red or white dhoti and uttariyam and chants mantras to invoke life in the idol of Ganesha. Coconuts, modak, jiggery, durva, kumkum are offered to the elephant God.

The following Ganesha strotra is uttered in different parts of the country.

After the tenth day the idols of Ganesha are given bisarjana in the waters of lakes or rivers. It is believed the Lambodara or the elephant God comes for the 10 days and takes away all the obstacles of life from the Hindus after those 10 days.

TAGS : Lord Ganesha Ganesh Chaturthi Shiva Parvati
Let us know how you like this article. Like it and Rate it below.
3.98K 1
0
Thanks for rating this article
0 stars - by 0 user(s)