Influence of Zen Buddhism in Japan

Zen Buddhism has become a part and parcel of Japanese Culture 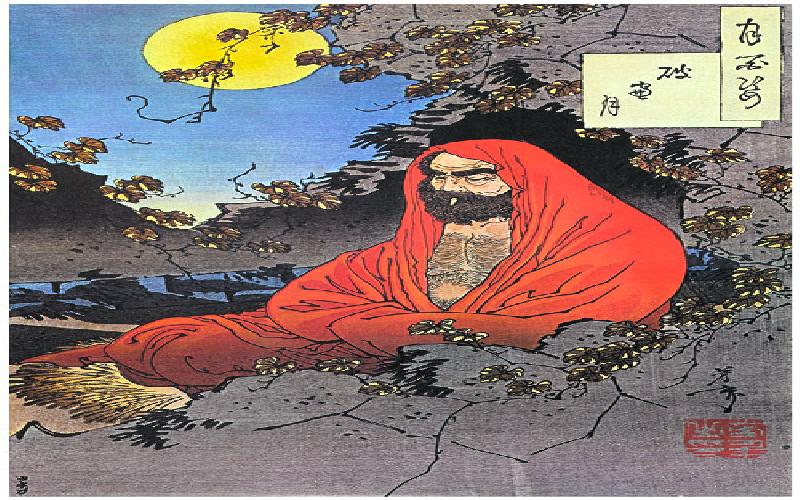 Zen Buddhism, or Ch’an Buddhism as is came to be known in China before its spread to Japan, is derived from ‘Dhyan’ or Sanskrit word for meditation. Just as the name suggests, meditation, which was an essential part of all Indian traditions of ‘Dharma’, focuses on introspection, mental peace and tranquility and social harmony. It is this harmony and lack of conflict, combined with self-discipline, which has come to be imbibed permanently in Japanese psyche.

Zen Buddhism is an integral part of Japanese culture and social life even today, in spite of the fact that modern day Japanese people are not very religious. It is an example of how religious philosophies are not always about dogmas, rituals and fanaticism, and how instead, they can and should become part of parcel of one’s life and being. The Japanese owe their harmony, serenity and the ability to calmly withstand the greatest of natural calamities to the impact of Zen.

Even in today's globalized society, if there is one developed country, whose people stand out as significantly distinct and unlike anybody else on this planet, it is Japan. In spite of the prosperity, highly industrialized economy which is inseparably integrated with the rest of the developed world, any first hand interaction with Japanese society and people will immediately make you feel that you are in a different place. One of the reasons for this uniqueness is the influence of Zen Buddhism.

The word 'Zen' derives itself from the Sanskrit word 'Dhyan' which means meditation. An integral part of all ancient religious philosophies in India, meditation has always been an important means of self realization in Buddhism.

In 475 A.D., BODHIDHARMA, a Buddhist master, travelled to China and propagated Buddhism there. His teachings lead to the acceptance of 'Dhyan', which came to be called there as 'Chan', and gave rise to the Ch'an school of Buddhism that became one of the popular religious faiths in China. Around 1200 A.D., Ch'an spread to Japan, where it was called 'Zen'. In time, this school of philosophy became an essential part of Japanese religious practices. More importantly, it was embraced as a way of life, and influenced many aspects of Japanese culture and tradition.

Zen as a religious philosophy is unique, and very different from not only Western religions like Islam and Christianity, it is also quite different from other Buddhist sects because of its emphasis on self realization as the essence of Zen. Much like Sanatan Dharma, which is usually referred as Hinduism, Zen undermines the importance of words in scriptures and religious texts, with a view that words are always open to interpretation and their meaning invariably depends upon the person making use of them. As we so often observe, this is a limitation that affects all written words of law, including statutes, religious texts and other rules - they can all be interpreted differently and lead to disputes.

Zen emphasizes on developing an understanding about one’s own self and the universe, and then being able to discern the duties of the individual as well as his or her code of conduct. The initial reliance of these philosophies is derived from ancient Buddhist texts like the MAHAPRAJNAPARAMITA-SUTRA which emphasises the doctrine of emptiness, the LANKAVATARA-SUTRA which describes the doctrine of Consciousness and the teachings of the Buddha in the AVATAMSAKA-SUTRA. These teachings have been analysed and described in great detail by many Japanese Zen masters, who in the process, also developed many practices that are unique to Zen in Japan.

Another aspect of Zen is its importance on meditation, and the 'aasana' or the positions of the body to be used by those entering such meditation. While Zen can be described as being equivalent to an intuitive understanding, ZAZEN is sitting meditation referring to the different positions in which body is maintained, and includes a number of manners and etiquettes on which great emphasis is placed. These include the way one greets the master, the mannerism in entering the Zazen room, the calm and serene posture that are maintained and the ability to win over one's restlessness by way of meditation.

One of the most significant influences of Zen in Japan is the tolerance to religious practices. The undermining of written texts and emphasis on self realization ensures that a practitioner or follower can never be a fanatic as he depends not on his religious identity but his self actualization as means of fulfilment. This has allowed the different religious practices like Shinto and even Christianity to easily coexist with Zen. It is not uncommon to find Japanese people who go to the Zen temple, the Shinto shrine and also the Church. During my stay in Tokyo I came across persons who got married in Church, regularly took their children to Shinto shrines as per tradition, but held funerals as per the Buddhist tradition.

The other great impact of Zen on Japanese psyche is the great emphasis on self discipline. A Zen practitioner is supposed to understand himself and have control over his actions. The kind of self discipline you can observe in Japanese workers is to some extent an offshoot of this idealism. The medieval Samurai tradition that placed a great emphasis on 'honour' of the Samurai was also influenced by the emphasis of self actualization.

The discipline and mannerism practiced in Zen and Zazen have also created a great impact on the Japanese society. The image of a cool and calm Zen master meditating in the SODO, the informal hall used for meditation and other activities has created an ideal that influences all actions in daily life. All aspirants in Japanese society respect the calmness of the Zen master and follow it one way or the other. This has allowed the acceptance of 'harmony' as an important social virtue, not only in daily life but also in the corporate world. It may be surprising for many to know that since the mid-seventies, when the corporate practice of consultative decision making involving managements and labor unions became common, there has not been a single case of nationwide strikes in Japan.

While Zen has had many positive influences, there has also been some criticism. Many Zen masters today feel sorry for the fact that Zen is not practiced by the Japanese Buddhist with the same vigour and passion that many other religions are practiced in other countries. However, that may just be the way in which Zen is different from other religions, and also partly responsible for the fact that Japanese people remain somewhat unique even today.

TAGS : Zen Zen Buddhism Zen in Japan Zen influence in Japan Ch'an Dhyan in Zen Buddhism Meditation in Zen Harmony in Zen
Let us know how you like this article. Like it and Rate it below.
7.25K 4
4
Thanks for rating this article
4.8 stars - by 4 user(s)

Those whose hearts are set on vacationing in Spain are pleased to discover Badajoz. The city offers something for all types of travelers, and attractions and activities can be found to match any lifestyle or budget. 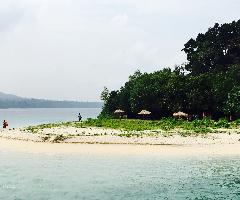 A Trip To Mesmerizing Andamans

If you are a beach/ water person, Andamans is a must visit for you!!! I had been to Andaman islands with my husband in March 2018 for 6 days and 5 nights.. The place is amazing...