Need for Real History of India and its People 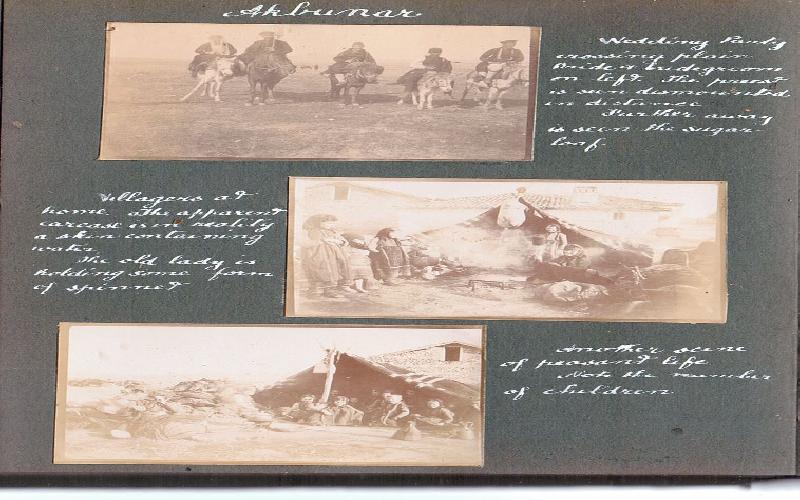 History is usually written as the his story of our historical heroes - individuals, whose eventful lives and achievements make it worth to remember and document them. However, in the process of limiting our history to the stories of such greats, we miss out on the way civilizations organize themselves. This is particularly the case with India, the oldest continuing civilization on this planet. The History of India, as it is documented today, does not tell us how billions lived their lives.

History as "His Story"

For all the etymological details, the word "history" can be best understood as "his story", or the story of our great historical heroes. The history of mankind largely consists of the biographies and achievements of individuals, who exerted extraordinary power and influence over society, often by way of political authority or religious influence. These individuals affected our life and society in a manner that deserves to be remembered and without their stories, the history of mankind would never be complete.

The "history of India" that we know about, is also no exception to this basic rule. What we have in it is largely the stories of great empires and kingdoms, with the lives of some other great achievers in other fields such as religion and spirituality occasionally thrown in.

Where is the "history" of ordinary Indians

However, this history may not necessarily be the history of billions of Indians who have lived and made India through the several thousand years of Indian civilization.

History of a small nation state that has came to existence during the last few hundred years would perhaps be reasonably reflected by the story of their kings, their wars, and their lives. Those stories would generally be sufficient to also provide us with an overview of the manner in which people lived their lives.

It may not, however, be possible to say the same about an age old civilization that has existed for at least several thousand years, evolving in all possible directions during these ages. Even more difficult will it be for a society that lives primarily in villages in a way where it is hardly influenced by the kings or their states.

In such a society, political boundaries that delineate the political authority of kings may not even matter!

Indian Civilization is more than the story of their kings

It can be said then about the Indian civilization that the history of its kings does not adequately represents the history of India and its people, who had a life and created a social world order in which they lived, that was only occasionally influenced by their kings. As a famous Indian writer, Tulsidas wrote, "How does it matter as who is the King" (In Hindi: "Kou nrip hou, hamein ka haani").

Our History does not make us understand our Civilization

This inadequacy of the so called "History of India" to fully represent the stories of its people has left several gaps in our understanding about what we call "India". This India is not just the political state that has come into existence on 15 August, 1947, but the informally organized civilization that was spread from the borders of Persia in the West to those of China in the East, and which flew, like water, on all sides, changing appearances across time and space, and yet maintaining a continuity that characterizes the flowing streams of rivers, and the water of the seas and oceans in which finally merge.

Another peculiar characteristic about modern history and the way it is documented is its reliance on what it considers evidence of events. Its obsession with physical evidence means that little emphasis will be placed on the lives of ordinary Indians - actually people like you and me - who do not built Taj Mahals or Pyramids. The tendency of modern historians to discard "oral tradition", the tradition of passing stories about the past across generations, often in the form of tales, fables, legends etc. means that most aspects of our civilization that are available are not even considered history.

We need to see India from the eyes of Indians

Foreign historians like Max Muller have made priceless contribution in rediscovering Indian civilization. However, in spite of all their efforts and their greatness in ascertaining aspects of our history that we were in the process of forgetting, we must understand and appreciate their limitations about the civilizational aspects of the Indian society. As a result, we have today a history that is written largely by foreigners, depending upon the evidences they could discern. As a result, several aspects of India that are actually evident to all Indians are not included in our history. The result is that as the society moves away from the Indian way of life, and towards westernized values and social organizations, we will become increasingly unaware about ourselves.

History of India, thus may need to written and read in a manner different from the way it has been done till date by the professional historians. Maybe we need to get into the shoes of those ordinary men and women, who lived their lives without indulging in a quest of political domination over their fellow beings. Maybe we need to have a re-look at how the ordinary men and women live their lives, and when we try to do that, we may be able to realize how each of one of them had a story, which in its own way, could be as unique, and as interesting, as the lives of those great individuals, whose eventful stories make our history today!

Maybe we need the sensitivity of those who write literature to be able to write the real history of our people. If we are able to do it, we may get a glimpse of the real history of India - the story of that ordinary Indian who lived and perpetuated this civilization and society for ages. It is possible that when we do that, we may be able to realize that those ordinary lives contributed to mankind in a manner that was even greater than the lives of our greatest historical personality, by contributing to peaceful, harmonious social life that let the civilizations survive and prosperous.

May be then we will also appreciate the real value of civilizations, and civilized people - people who do not attack others, who do not indulge in war, who even avoid violence against animals, who integrate even strangers into their family by extending to them a family relationship, and who also do not dominate other people and colonize or enslave them for their vested interests!

Jamaica, one of the country’s in the Caribbean is a beacon of cultural heritage. The island’s first black millionaire George Stiebel built the famous Devon House Mansion.