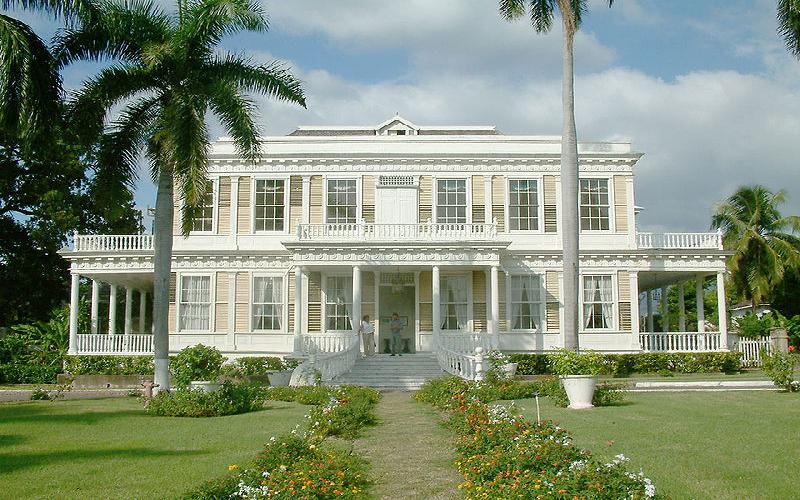 Jamaica, one of the country’s in the Caribbean is a beacon of cultural heritage. The island’s first black millionaire George Stiebel built the famous Devon House Mansion. In 1990, the leaders of the country declared this landmark a national monument.

Sometime ago there were plans to have this national treasure demolished. However, the government of the island got word of such plans and stepped in to stop the negotiations. They placed a restriction order on the property under what is called the National Trust Act.

Officially, the Devon House was opened on January 23, 1968 to the public as a public entity after an architect restored it as a matter of urgency in 1960.

However, the history of this landmark goes all the way back to the British in the mid-seventeenth century when the island was taken from the control of Spain.

Millionaire George Stiebel enjoyed life at the Devon House with his wife Magdalene, children and grandchildren until his death. His wife died in October 1892.

The new owners of the property were the Lindos who maintained the lifestyle that became accustomed to the Devon House. When Mr Lindo died, he left the property to his wife Agnes but she did not remain there. Instead, she went to live in New York.

This is when she began to be approached by developers for the sale of the property to demolish it and construct condominiums.

The property was put up for sale and in 1923; a successful entrepreneur by the name Reginald Melhado bought it. The lavish lifestyle accustomed to the property severely decreased. The wife Irene Melhado never liked the property because it was too big. The couple sold the property five years after living there.

The architectural style of the Devon House Mansion is a mix of Jamaican and Georgian with formal and symmetrical lines. It is also furnished with a number of Jamaican, Caribbean, English and French antiques and collectibles. In addition, Jamaican reproductions that display a Great House feel from the years 1860-1870 is evident. Distinctive features from that era continue to thrill visitors to this day especially the Ballroom that highlights the original English Chandelier bought for that room by George Stiebel himself.

TAGS : Devon House Jamaica Mansion heritage Jamaican English Black Millionaire caribbean
Let us know how you like this article. Like it and Rate it below.
137 0
0
Thanks for rating this article
0 stars - by 0 user(s)

In my spare time I enjoy reading (mostly about scientific and religious topics), writing, listening to music, watching movies on my and actually going to the theatre, and spending time at the park. Qualities which I possess include leadership, motivational, guidance and counseling, article writing, research capabilities, mentor and tutor. In the future I intend on developing an organization geare