A Medieval Citadel which Stood the Test of Time 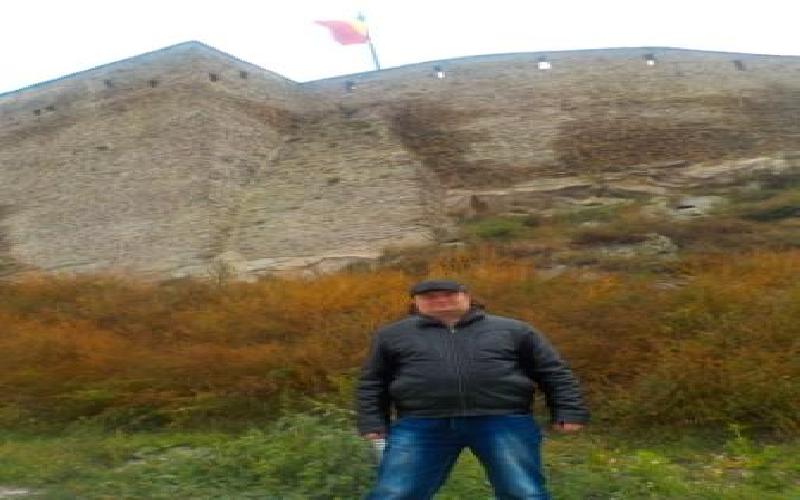 A stunning citadel built on top of a steep hill has been watching over the Romanian city of Deva for centuries.

I had admired it from a distance on several occasions and I had placed it on my list of cultural and historical Romanian sites that I would absolutely have to explore one day, and in October 2016 I finally got the chance to visit the majestic fortress situated on top of the volcanic hill which lies next to the city of Deva, the capital of the Hunedoara county.

When you see the citadel from below it has an aura of mystery that seems to draw you towards it like a magnet because you know that the stone walls and fortifications which compose the citadel have been the witnesses of a lot of historical events and managed to survive in times of turmoil and fierce battles. If I had the time I would have gladly made the journey to the hilltop, where the citadel lies at at an altitude of 370 meters, on foot, but since I was participating in an organized trip and time was limited, I chose the easy way up, which is by funicular, and there I was, at the gates of the once mighty citadel, in a matter of a minute or so.

Once I stepped within the fortress walls and I found myself inside the main yard I have to say that the sights I experienced were quite close to what I had anticipated: a massive castle with huge stone walls which give an appearance of stability and impregnability. Those walls speak for themselves, they are the best testimony of the impressive strength of this citadel mentioned for the first time in the second half of the 13th century, which has been besieged on many occasions, but never fully conquered and destroyed, throughout the centuries in which it was a military and administrative center of  the whole area.

Unfortunately I had the misfortune of reaching the Deva citadel on a cold, windy Saturday afternoon, so due to the bad weather I had to shorten my visit and do the tour of the citadel at a very alert pace, but still I could notice the ruined portions of the castle which were caused by an accidental explosion of the ammunition storage belonging to the Austrian forces which is said to take place during the Hungarian revolutionary uprising of 1848-49. That explosion might have represented the nail in the coffin for the citadel, but thankfully it was only  partially destroyed, and the restoration works recently made guarantee that the fortress will be admired by its visitors for many years to come.

Another interesting aspect I noticed in the short time I spend at the citadel was the spectacular view of the city of Deva and the surrounding areas. I could picture myself as a soldier looking down on the valley below and getting ready to unleash the fire power on the enemies who dared to venture up on the hill; thankfully, those troubled times are probably gone forever and instead of  invading troops the view I could see from the highest points of the citadel was that of a modern, beautiful Romanian city.

At the end of my short, but intense visit at the Deva fortress I had a feeling of satisfaction and accomplishment because I had added another site to my collection of visited Romanian treasures, which is far from complete, and I also said to myself that I would be back to the Deva citadel one day. I was tempted to do it again by climbing up the hill this time(after all it's not that high) but after reading on the Internet that one of the inhabitants of that hill, which is also a natural reserve, is the dreaded horned adder, a venomous snake, I think I will choose the funicular again! Anyway, regardless of the method you choose to reach it, the Deva fortress is a landmark of Transylvanian history which is worth visiting!

TAGS : Romania medieval fortress Transylvania historical monument
Let us know how you like this article. Like it and Rate it below.
204 1
0
Thanks for rating this article
0 stars - by 0 user(s)

The Clock Tower From Piatra Neamt- A Landmark Of A Lov

A clock tower situated in the historical center of a Romanian city is still in great shape five centuries after its inauguration..

A visit to the Neamt Citadel is like a journey back into the fascinating and agitated history of the Romanian province of Moldavia..