The Peles Museum- a Cultural and Architectural Treasure of Romania 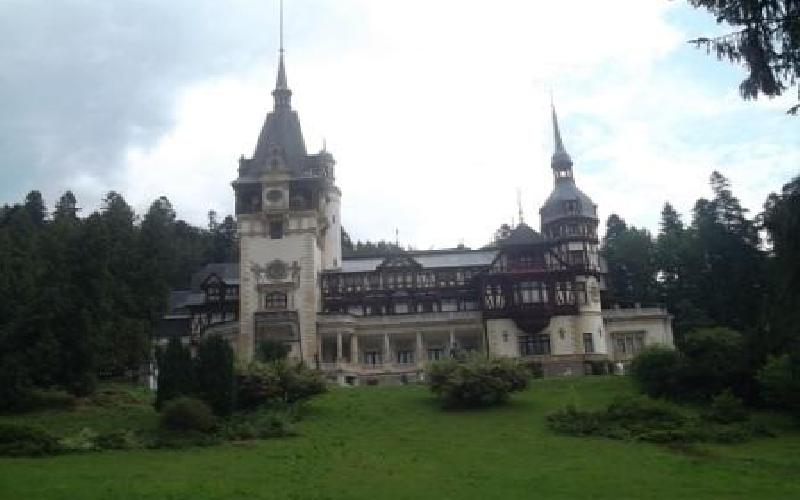 The Peles Castle, the highlight of any trip to the mountain resort of Sinaia, offers its visitors the chance to admire an incredible variety of artifacts which belong to the kings which ruled Romania in the 19th century and the first half of the 20th century.

One of the most attractive destinations for tourists who come to the famous Prahova Valley in Romania is the Peles Museum.Situated near the mountain resort of Sinaia, the museum includes two of the most important and impressive historical buildings in Romania: the majestic Peles Castle and its smaller brother, Pelisor. Unfortunately, although I saw the Peles Castle on several occasions, I couldn't do the same with Pelisor,which was closed on my previous visits. It is open now, but only from Thursdays to Sundays, and its opening hours simply didn't coincide with my schedule, but it's definitely worth visting from what I've heard and one day I will see it as well.

The Peles Castle, the main piece of the complex, was built between 1873 and 1914, but it became functional in 1883,when it started to be used by the first king of Romania, Charles I, as his summer residence. It can be visited every day,except Mondays, when it's closed, and it attracts an impressive number of visitors, including many foreigners who benefit from the services of guides not only in  English,but in several other languages as well. Tourists also have the possibility of choosing between several types of tours: I chose the 'standard' one,which costed 20 lei for an adult(about $6 at the time this article was written) .This option contains a 45-minute visit and it only includes a part of the rooms,excluding some of the wonders of the palace, such as the Playhouse. Those who want to live the full experience can choose between two types of optional tours, and the second one, which allows tourists to see the whole building, takes about two hours and is quite expensive(almost $20), which I guess isn't a problem for people from Western Europe who come to visit one of the most prestigious Romanian museums.

Even in these circumstances, a 45-minute tour will definitely impress every visitor, even those who see the interior of the palace for the third time, like I did recently. The sheer splendor of The Honor Hall is hard to describe in words, and it's a true delight for art lovers to admire works of art belonging to different styles and periods; it's a like a mini art museum and so are other rooms in the palace, such as the Florentine Room, the Turkish Parlour or the Moorish Salo.

The luxury and the lavishness of these rooms will certainly leave a profound mark on the visitors, who have the chance to see many great works and styles of art in a short time, thus raising their curiosity and interest for the different cultures represented by those rooms.

Among the rooms available to standard visitors I can also mention the king's work office and a library containing old and precious books; in fact, only a small part of the library can be seen there, most of the books being moved to Bucharest for conservation. Another extraordinary attraction is represented by the two rooms dedicated to the royal weapon collection: the Grand Armory or the Arsenal and the Small Armory. Almost every type of weapon used in the previous centuries, including those of European origin, but also traditional weapons used by Ottomans and Arabs throughout their history, can be admired in those rooms,a true delight for those who are fascinated by arms.

Unfortunately 45 minutes pass very quickly when one visits the Peles Castle, and the time came to stop and let the visiting continue for those who paid for the optional tours, but even without seeing it all, anyone can only be stunned ast the lavishness and beauty of everything that's inside the palace. Those who also want to make pictures of the rooms have to pay an expensive fee to do that, so I preferred to keep the memories of the stylish and luxuriant items I've seen there inside my mind. Anyway,the Peles Museum is defintely a destination not to be missed for everyone who travels to the Prahova Valley and Romania in general.

TAGS : tourist attraction Romania cultural heritage historical site
Let us know how you like this article. Like it and Rate it below.
371 0
0
Thanks for rating this article
0 stars - by 0 user(s)

The National Museum At Paro Can Amaze Any Visitor

There are many travel destinations in Paro. Bhutan itself is a paradise state.

There are many romantic destinations in Malaysia. In the capital city Kualalumpur, Istana Negara, National Mosque and National Museum are the best places.