Characteristics of the Digambar Tradition in Jainism 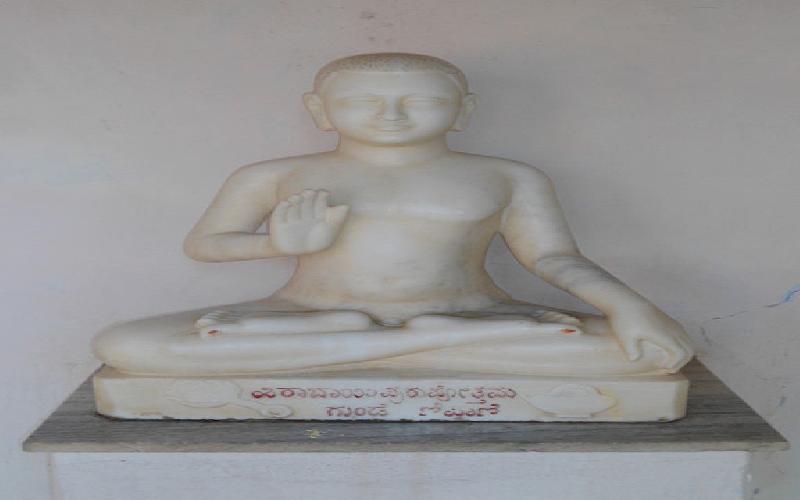 DIGAMBAR TRADITION is one of the two mainstream sects or divisions of JAINISM, the other being SWETAMBAR TRADITION. The basic tenets of Jainism are similarly followed by the two traditions, but there are subtle differences in their beliefs and philosophies. The two schools are in conformity with ancient tradition of tolerance to differences in religious philosophies.

JAINISM is a religious philosophy that was propagated by a particular school of thought in ancient India. As was the case of different schools of thoughts in those days, they evolved and survived with their own similarities and differences. Thus, it has many aspects in common with the mainstream thought of SANANTANA DHARMA or 'eternal duty' that is the most commonly followed philosophy in India today, and is more commonly known as HINDUISM.

The followers of Jainism are known as JAINs. They are the followers of certain divine individuals, which are called JINA, meaning a person who has attained victory over his or her own weaknesses. Jinas are also called TIRTHANKARS, meaning creators of spirituality. Their teachings are the essence of Jainism.

As per scriptures there have been twenty four Tirthankars till date, of which the last two are historical personalities whose existence is accepted by historical evidence. The last and the twenty fourth in this tradition was SHRI VARDHAMANA MAHAVIR who lived from 599 to 527 BCE. The twenty third Tirthankar was SHRI PARSVANATH, who lived between 872 to 772 BCE.

The Basic Tenets of Jainism

Both Digambar and Swetambar traditions equally follow the basic tenets of Jainism. Jainism philosophy holds that the universe is eternal or SHASHWAT, meaning thereby that is was never created, it always existed and will always continue to exist, although the life exists in this universe in cycles of evolution and destruction.

Jainism philosophy believes in existence of souls in all living beings. The soul is considered a part of the divine almighty power of universe referred to as God, but also has its own identity. However, such a belief makes all living beings related with divinity, and hence it becomes a duty of every person not to cause harm or pain to any living being. The belief in soul as a part of universal divinity means that the Jain philosophy treats the universe and the almighty god or divinity as one and inseparable. Thus the world is not viewed as a creation of almighty god, but as a form of existing divinity that is inseparable.

As per Jain belief, it is possible for a soul to purify itself and attain divinity or Nirvana. The 24 Tirthankars are representative of such purified souls. The faith in divinity of soul is also the basis of extreme non-violence preached by Jainism. In Jainism, there is no scope for any violence against any living creature, and all such violence represents violence against god. Jainism is often credited with the concept of AHIMSA or non-violence, which is an integral part of Hinduism and Buddhism today. Jains not only do not eat any non-vegetarian food, they also refrain from dairy products as well as root vegetables in order to protect those plants' survival.

The Digambar tradition was formed by the division of the followers in to two different schools of thought around two to three hundred years after Vardhaman Mahavir. One historical belief is that in the fourth century AD, the chief Jain monk ACHARYA BHADRABAHU realized the coming of the famine, and lead a group of about 12000 monks to South India. When he returned years later, he saw a new school of Swetambars in existence. In 453 AD, the Valabhi Council formalized the Swetambar tradition.

In addition to sharing the common tenets of Jainism, Digambar tradition also has many subtle differences of belief from the Swetambar tradition. Digambar Jain monks do not wear cloths as they treat even cloths as a possession that increases dependency of the soul on material things, which ultimately leads to attachment and sorrow. In this they are different from Swetambar monks which wear white unstitched cloth, and believe that there is no restriction in Jain philosophy on wearing clothes. The word 'Digambar' literally means 'covered by sky', a term referring to the uncovered body of Digambar Jain monks. The word 'Swetambar' refers to the white cloth covered bodies of the Swetambar Jain monks.

Digambars are of the belief that Vardhman Mahavir, the last and the most revered Tirthankar of Jains, never married. On the contrary, Swetambars believe Mahavir was married and had a daughter.

The two traditions also differ on the NAMOKARA MANTRA, which is the main Jain prayer. Digambars believe only the first five lines constitute this holy chant, whereas Swetambars believe all the nine lines are a part of it. Even though there exist two different sects of beliefs, it may not be wrong to say that their differences are not very substantial so far as the core philosophy of Jainism is concerned.

TAGS : Jainism Jains Jain origin of Jainism Jain religion Swetambara Digambara sects of Jainism Tirthankars Mahavir
Let us know how you like this article. Like it and Rate it below.
580 3
3
Thanks for rating this article
5 stars - by 3 user(s) 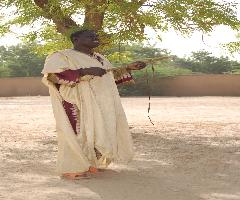 An Analysis Of African Oral Traditions

Throughout the long evolution of human civilization, our knowledge, and more importantly, our wisdom was passed orally from one generation to another, long before things like paper, ink and printing came into picture. Such oral traditions still survive in some parts, largely Africa, and provide us some of the most fascinating aspects of our earlier generations and how they lived.