Traditions of Extended Family in India 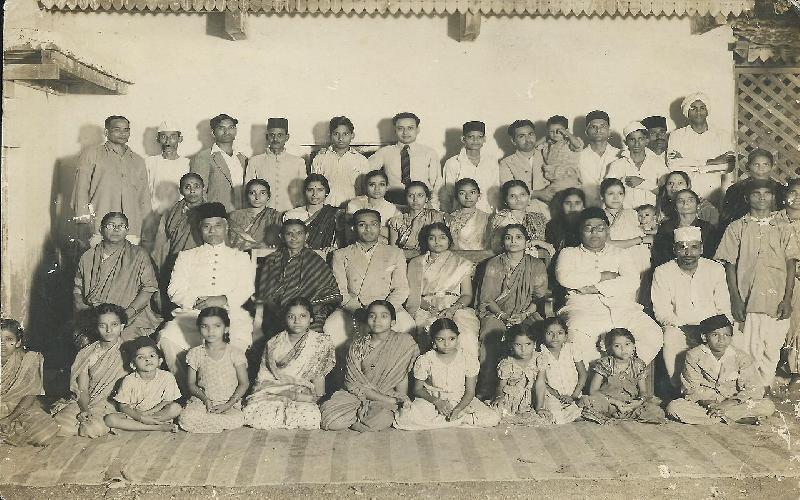 India is a highly family-centric society. Extended families, where several generations and several siblings with their spouses and children live together used to be almost a norm, and exist even now, though not as commonly it did earlier. Common ownership of family property, the dependence on family image and social norms ensure its propagation. However, with changing times, families are becoming more nuclear and individualism is taking precedence.

Extended Family used to be common in most ancient societies. In India, it still exists even today although the tradition is diluting fast as Westernized values of individualism become preferred by younger generation of Indians over the age old family virtues. The impacts of this change need to be understand, for they will unleash both positive gains in productivity and negative impact in social vulnerabilities, especially for the aged. It is important the significance of these changes are properly understood and taken into account before they overwhelm us.

Indian society can be described as an interwoven network of communities, each of which consist of many extended families, joined with each other through bonds of marriage, local neighborhood and shared cultural heritage. Hence it should come as no surprise that the dynamics of extended family defines much of its social and moral values and differentiates it from the industrialized world. It would not be wrong to say that without understanding the 'Indian joint family', it may not be possible to fully appreciate India's culture and society.

Traditionally, in most societies, family means a couple and their children.

Not so in India, where family is a continuum that grows on and on. It includes parents, grand-parents, children and grandchildren, across several generations. There could be several siblings with their own 'sub-families' living together as one joint unit. Thus in one extended or joint family, there would be many uncles, aunties, nieces, nephews, cousins and so on.

What makes it a joint family is not just the same dwelling, but also a common kitchen, and a joint decision making in all affairs including those related to family, the relationship of family members with people outside and sharing of all problems and belongings. To the outside world too, the members of a joint family are a single unit, and the image of the family often determines the level of respect they receive from the people outside it.

India was an agrarian society where a typical rural family cultivated a piece of land and lived on the same place, sometimes for centuries. This continuity of the family and its traditions meant that same practices, religious beliefs, mythology, language and culture were carried on for centuries together without any major changes. In fact, carrying on the age-old traditions of the family was a matter of immense pride and satisfaction, and the primary force behind the survival and continuity of Indian culture and tradition.

The typical Indian family follows a patriarchal tradition, although matriarchal families are common in certain parts of India. In a patriarchal family, the eldest male is considered the head of the family, and is supposed to be the custodian of all its members and wealth. Legally too, such family with joint ownership of family property has a legal sanctity, in the form of ‘Hindu Undivided Family’ also known as HUF. The eldest male in the family is recognized as ‘Karta’ or the Head of the family.

The legal sanctity of eldest male does not mean that he can be a dictator, as he needs to take the family members along. All major decisions in the family are usually taken by the elders of the family, and the female members can have an equally strong say, or in sometimes even a greater say, depending upon their influence on the male members. The sons continue to remain a part of the family even after marriage, while the daughters have to go and live in the family of their spouse. Hence, the sons are considered propagators of the family, while the daughters are sometimes considered a kind of 'guest' or a 'responsibility' who have to be brought up with care and then gifted away in marriage to another family, where they become the ambassadors of their parent family. This also creates a need for preparing and grooming the daughters for adjusting in another family.

Marriage: An Affair of the Family

Marriage in India is not an individual affair. It is considered to be a bond between two families, and hence the decisions for marriage are traditionally taken by the elder members of the family, leading to the phenomenon of 'arranged marriages', where bride and groom may actually meet each other for the first time only after marriage.

The joint family remains together, till there is a constraint of space, which leads to friction, or when the size of the family becomes too large to survive on the limited land available. Another reason for division of family could be quarrels and conflicts between different couples leading to division and separation of some members. This process ensures that the size of the joint family remains within manageable limits.

The joint or extended family tradition defines the life of an Indian in many ways. It offers several benefits like companionship with unflinching loyalty among family members, security brought about by a large number of persons living together, insurance against disease and adversities, and the economic benefits of sharing. In the family space, it becomes easy for every member to contribute his or her bit. So the old grand parents do the child watching, support the younger members in whatever they can, do not need to save for retirement days, and can live with reasonable dignity as the social norms dictate that every person must take care of their old parents. Similarly, the children have many companions, many guides and supporters, but also many elders to respect and this way they learn to become disciplined members of society right from a very young age.

The Inherent Characteristic of Tolerance

Another significant effect of growing up in an extended family is that the children learn to adjust and accept imperfections. So they will extensively quarrel and fight with each other, be unhappy about the actions of other members, indulge in leg pulling and back-biting and yet retain the family bond which will be cherished as an invaluable heritage by all, even when they have separated from the joint family. Such tolerance means most Indians are relatively indifferent to social imperfections, and far more tolerant to people of other cultures, religions and traditions and that they find it easy to adjust and live together - a feature that keeps the multi-cultural, multi-linguistic, multi-racial and multi-religious society unified in a common bond of nationhood.

Joint family also means that social norms are followed more vigorously, as a socially unacceptable behavior by a member leads to loss of face and prestige for the whole family. This has been the traditional reason for low crime in rural areas, even in the absence of any law and order agencies.

Extended family is also reflected in the social priorities. So, for an Indian, it is usually more important to be a good father and a loyal son rather than to be a good citizen. This value system also means that a corrupt person who takes good care of his family is likely to be more acceptable in the society than an honest person who fails to take adequate care of his family members.

Many of the mysteries of Indian society are basically an extension of its family norms. Without understanding the family dynamics, it would be next to impossible to appreciate how life goes on in India.

In the modern times, joint families are breaking up very fast. As new India grows in urban centers, even the concept of marriage is changing rapidly, and divorces, once unheard of, are becoming common. The concept of arranged marriage is also taking a back seat, with more and more couples dating and courting before marriage. The effects of these changes are greater individualism and more personal space. They also give rise to greater opportunities and consequent prosperity. However, these changes also bring with it the usual demons of urbanization - loneliness, unattended old age and weaker human bonds.

India is changing rapidly, but it will still take some time before the extended family becomes extinct.