Comparison of the romantic cities of Thimphu and Phoentsholling in Bhutan. 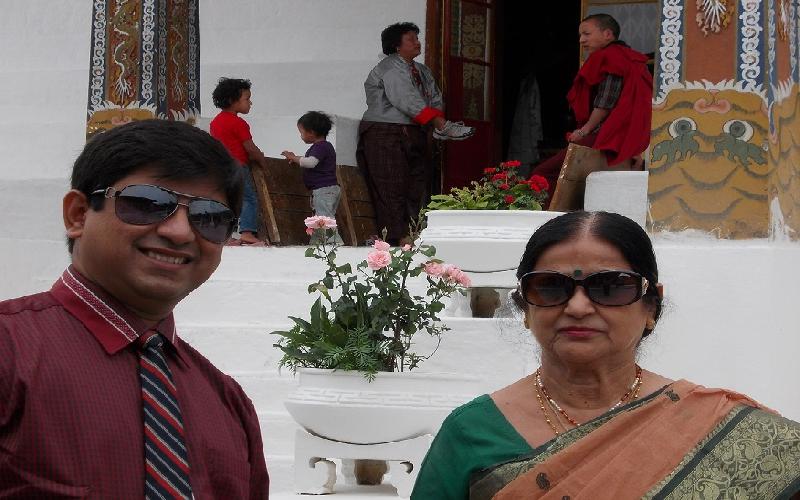 The article compares the beautiful cities of Thimphu and Phoentsholling in Bhutan. Both the places are very romantic. It is difficult to say which one is better.

Whenever Indians travel to Bhutan they take first break in the city of Phoentsholling. As India has good relationship with Bhutan visas are not required by Indians to enter Bhutan. But Permits are required.

Permits are created by taking the different legal documents relating to Indian citizens, photographs, etc. That entire paper work is done in the border city Phoentsholling.

Phoentsholling is a foothill. The beauty lies in seeing the magnificent snowy peaks of Himalayas from the windows of hotels in Phoentsholling.

Thimphu on the other hand is situated on the hills. It has a height of around 7500 feet above sea –level. Firstly it is the capital of the country of Bhutan. Secondly as it has cosmopolitan population there are different sections of people who stay together in addition to Bhutanese in Thimphu.

There is a beautiful Buddha Statue situated around 20 kilometers away from the city of Thimphu. There is a small alpine zoo in the city. Only those animals which can survive the cold and can stay at an altitude over 7500 feet are kept in the zoo.

Hotel Singye is one of the beautiful hotels in the city of Thimphu. The hotel has beautiful ambience. It provides beautiful breakfast including eggs, toast, omelette and Bhutanese food. From the windows of the hotel, the entire city of Thimphu is visible. The place is very calm and quite.

The skies at night are very romantic. Many people go for walk at night outside the hotel.

It is very difficult to say which one is a better place Thimphu or Phoentsholling. Only thing is that those who like height can spend a week in Thimphu. Those who admire the foothills they can spend time in Phoentsholling.

TAGS : Bhutan Phoentsholling Thimphu Chorten Buddha
Let us know how you like this article. Like it and Rate it below.
1.44K 1
0
Thanks for rating this article
0 stars - by 0 user(s)

Indian Museum in Kolkata is a fabulous museum. The Egyptian section in the museum is awesome.

The topography of Phoentsholling is similar to Indian city of Jaigaon in North Bengal.