Comparing Buddhist Meditation with the Eastern Orthodox Practice of Stillness

The Striking Similarities between Eastern Orthodoxy and Buddhist Mediation are Significant 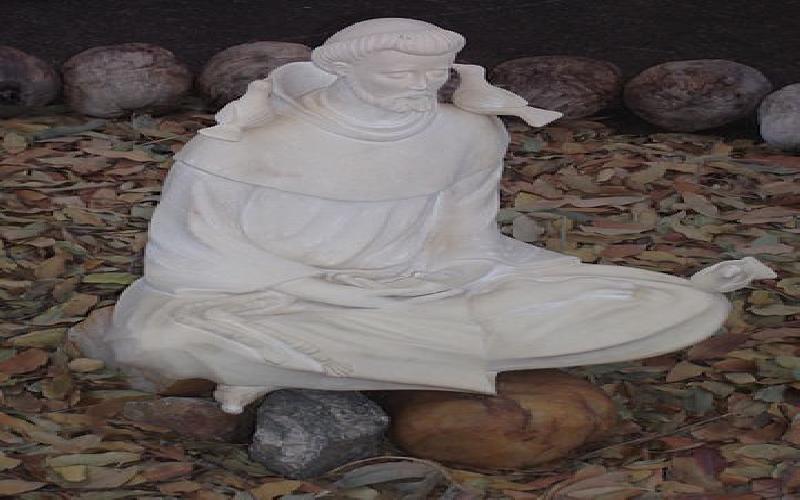 There are similar practices that are more or less common to different streams of human civilizations that took root at different points of time in different continents. Mediation practices and several devotional rituals followed by Eastern Orthodoxy are also similar to Buddhist practices. Do they indicate greater convergence of these two different religious streams?

Buddhist practice of meditation and the Eastern orthodox practice of stillness evolved in different places, at different points of time and under very different backgrounds and civilization. Yet, they seem to have to features that are very similar, making one wonder as to whether different religions are actually as different as they are often made to be....

Through the prism of meditation and stillness practices, Eastern orthodoxy seems closer to Buddhist meditation than the Western Church. If you look at Buddhism and Western Church as the two ends of a spectrum, Eastern Orthodoxy looks like a missing link between the two.

Buddhist meditation has its origin in the ancient Indian practice of YOGA, which literally means union - between the mortal and the eternal, first referred to by Krishna in his famous philosophy of BHAGAVADA GITA, as a way of seeking reunion with almighty god. Meditation was one of the central and basic instruments of self-actualization in ancient India and all religious thoughts that arose from there, including Buddhism, Jainism and Sikhism apart from Hinduism. In the central tenets of Buddhism, meditation is emphasized as a means of purification and peace.

Buddhist meditation was popular from its very inception because of its adoption by Buddha himself during his quest for ultimate knowledge. It involves chanting of mantras, a practice that has continued in all forms of Buddhism.

The aim of meditation is to be able to focus on divine reality and one's own position in the cosmic universe, so as to be able to develop the wisdom that would enable a Buddhist to appreciate the irrelevance of material possession and worldly matters with relation to his own pursuit of NIRVANA, meaning an escape from the cycle of life and death by reunion with the ultimate powers of the universe.

While it is not the primary aim of meditation, Yoga as well as Buddhist mediation prevent the straying of an idle mind, and thereby help the monk to stay on course with his objective. Moreover, it a practice that is supposed to bring immense peace to the person. The practice of meditation is performed in certain postures. The use of a bead string is less common than Hinduism but present.

The Hesychastic practices or the practices of stillness followed by the Eastern orthodoxy school also involve certain postures as well as certain breathing patterns that are very similar to Buddhist meditation and yoga. Commonly, the practitioners recite the JESUS PRAYER, "Lord Jesus Christ, son of God, have mercy on me, a sinner", repeating it continuously.

The practices of stillness in Eastern orthodoxy have been there since 4th century AD, and have been documented from time to time. For a Hesychast (practitioner of stillness), the practicing of stillness, along with Jesus prayer is one of the more important activities of life. Often it takes precedence over external activities and contact of a Hesychastic practitioner. Another way of putting it could be to say that the hesychastic practitioner indulges in practicing stillness to block unnecessary thoughts and distractions that can keep him away from devoting himself fully to the god. For a practitioner of stillness, distracting thoughts are like temptations that prevent him from achieving his goal.
Eastern orthodox practice also believes in experience of god through the hesychasm (stillness), in the form of lights during this stillness. This doctrine of the Eastern orthodoxy was challenged in 14th century by one Western trained Calabrian monk BARLAAM, who visited Mt. Athos. However, the philosophy was strongly defended by the Eastern theologists especially GREGORY PALAMAS, who finally prevailed over the objections.

There are substantial similarities between the Buddhist meditation and Eastern practice of stillness, in spite of the differences in two religions. To begin with, both are aimed at some kind of a divine experience with god, and the final goal consists of a reunion with him. Both claim experiential knowledge of God, though the manner in which they do it is somewhat different. Both use means of a prayer and chanting to focus and concentrate, and to keep the distracting thoughts away. Both use repetitions of the same prayer for this purpose.

One primary difference betweeen Buddhist meditation and Eastern orthodox hesychasm is in the way Jesus prayer is used compared to chanting used in Buddhism. In Eastern orthodoxy, great emphasis is placed upon Jesus prayer, which must be spoken right from the heart and with full sincerity and not just as verbal repetitions. On the other hand, in Hindu-Buddhist tradition, the chanting of mantras places a far greater emphasis on the exact pronunciation, while a lesser significance is attached to the generation of feelings with the prayer.

Another difference between the two is that in case of Eastern orthodoxy, it is an exercise that is indulged by those who remain away from worldly affairs, where as in case of Buddhist meditation, though it is a part and parcel of Buddhist monk, it is also a regular ingredient of the life of an ordinary Buddhist, who may otherwise be living a very busy worldly life.

To sum up, meditation or stillness is one practice which has significant similarities between Eastern orthodoxy and the Buddhist tradition. There are significant differences too, but still, the similarities are strong enough to indicate possibility of the two major streams of religion influencing each other and being influenced from each other. Another factor that gets highlighted by this comparison is the fact that all or at least most religions have very large sphere of common territory, and if that can be fully tapped, it may end up making everyone wiser.

Mandarmani Beach Is The Best Beach Of Eastern India

Till now Mandarmani beach is a virgin beach. Other than yellow stretch of sands, blue sky and blue sea waters there are no other structures.

Comparing Kodaikanal The Gift Of The Forest With Gentin

The article compares the beautiful landscape of Kodaikanal with that of Genting Highlands. While one is in India and the other in Malaysia both have their own natural diversity..