Comparing Kodaikanal the gift of the forest with Genting Highlands in Malaysia.

Kodaikanal is unique while Genting Highlands has charm. 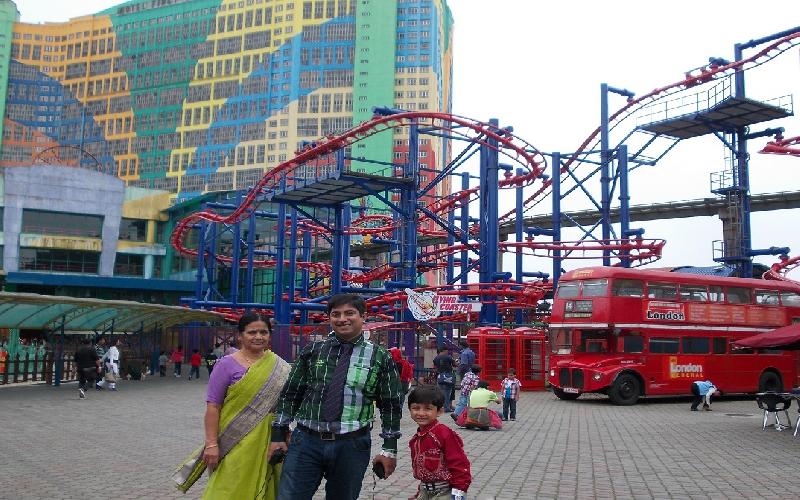 The article compares the beautiful landscape of Kodaikanal with that of Genting Highlands. While one is in India and the other in Malaysia both have their own natural diversity.

Nature had given hidden treasures in different parts of the world. While high peaks like Darjeeling or Shimla have one form of charm, medium peaks like Kodaikanal in Tamil Nadu in India and Genting Highlands in Malaysia have the other types of brilliance.

Kodaikanal is above 7000 feet above sea-level. But it is called the “Gift of the Forest.” But beyond the height and location it has a very unique view. Coaker’s Walk in Kodaikanal gives a view of the valleys.

It is something absolutely specific only in Kodaikanal. When the sunlight falls on the hilly ranges the valleys look as charming as can be said. It is a paradise.

There are brilliant parks in Kodaikanal and lovely lakes. Bryant Park is one of the parks which has a lot of similarity with European landscape. At the same time there are glimpses of rural life. There are ancient Todda huts which are the accommodation of the local inhabitants who were original tribes of Nilgiri hills.

Genting Highlands on the other hand in Malaysia is situated also around 6500 feet above sea –level. But due to the fact that it is situated around the equator, the winter is mild. It is cold but not chilling cold. November and December are the best time to visit the place.

The most beautiful parts of Genting Highlands include the Indoor and Outdoor Park. There are brilliant rides in the Theme Park and in a hilly background they look majestic. There are bike rides, cable cars, water shoot, boat riding schemes, and many different forms of rides. People from the neighbouring countries including Thailand, Singapore, India, Indonesia, travel to Malaysia to see the Outdoor Theme Park.

There are even cable car rides in Genting Highlands. The resorts in the vicinity are also gorgeous. Right from golf courses to badminton courts, right from swimming pools to spa centres, the entire environment is fascinating.

If both the places are compared, Kodaikanal has more natural diversity than Genting Highlands. But Genting Highlands have more technological advances of human beings which fascinates the people at large. In general both the destinations are romantic and visitors should visit them.

TAGS : Kodaikanal Genting Highlands Malaysia Coaker's Walk Bryant Park
Let us know how you like this article. Like it and Rate it below.
1.46K 1
0
Thanks for rating this article
0 stars - by 0 user(s)

too is an excellent place

November and December is the best time to visit Kodaikanal.