Classes were based on Vocation in Ancient India and not Birth 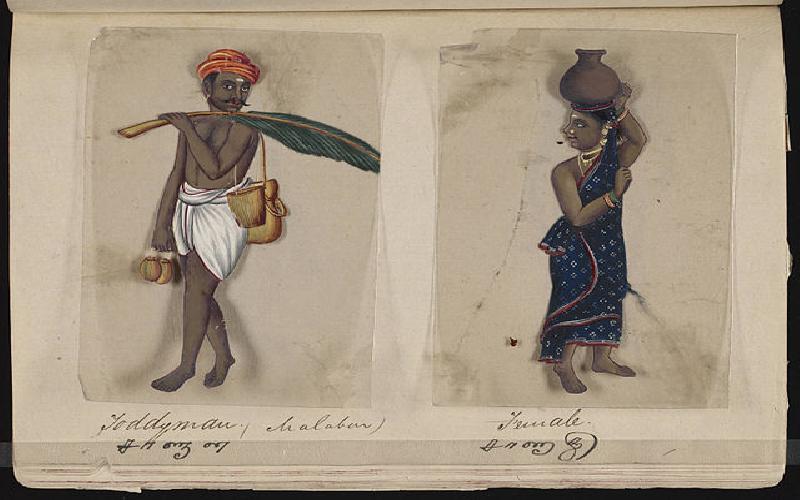 In every society, at any given point of time, there is a tendency for people to form groups and develop their group identities. Ancient India was no different. Like most other societies, classes arose in ancient India on the basis of vocation of people. Not linked to birth at the beginning, they provided a social hierarchy, depending upon the importance a job for the society.

The class system in ancient India was very different from the caste system seen today, even though the latter arose from the former. Its major characteristic was its linkage with vocation and not with birth or family, as is the case in modern world. But it was not just vocation, it was also duties that were closely linked with it.

The Varna System: Classification Based on Vocation

The ancient Indian society had innovated a unique class system based on vocation and profession, and attached a great amount of importance with reference to one's duties and values, giving them an importance equivalent to religion.

This system, also known as the 'VARNA' system of social division, divided the society on the basis of one's vocation and profession. Each of the four groups was prescribed duties and values comparable with modern professional. These duties were considered one's 'DHARMA' - the term used equivalently for religion in India, literally meaning duties.

The Four Classes of Vocation

The first class called 'Brahmins' consisted of scholars, saints and teachers, and was considered the highest class in society. Supposed to be the conscience of the society, and the reservoirs and preservers of social knowledge, skills, wisdom and values, Brahmins lead a very austere life, avoided vices like violence, greed, addiction, and glamour.

They did not enjoy political power or wealth, yet, were granted the highest respect in society. Even the King was supposed to respect them, and killing a Brahmin was considered a sin.

The next class was known as 'Kshatriyas'- consisting of warriors, King, the nobles and the soldiers. They were supposed to men of honor, follow a warrior's code of conduct, be respectful to the Brahmins and fight for the protection of weak. They enjoyed political power and use violence when ever required. Thus the duties of this class were different.

The last class was called 'Shudras'- the employees, servants and workers. They were expected to perform the duty assigned with loyalty and honesty. As ordinary laymen, the expectations were also lower from them, and they had more freedom in selecting their life-style.

A Tool for Specialization within Society

This class system adopted by the Indians in ancient times is a reflection to the level of their development as well as the need for greater specialization towards work. One’s vocation was considered very important, and everyone was supposed to fulfill his or her duties honestly and sincerely. In fact, the word ‘Dharma’ equivalent to religions of the Western world, literally meant ‘duty’. The concept was that one’s duty depended on one’s station in life, and would be different from time to time and person to person. So, the duties of a daughter were different than those of a mother. Similarly, the duties of a student were different than those of a teacher. Duties also varied with vocation. Thus, while other classes were expected to refrain from indulging in violence, the soldier class, i.e.. kshatriyas were expected to be masters of warfare and be always ready to use violence for the benefit of society.

This ancient class system later got distorted in to ‘caste’ system, when it came to be inherited by birth and hence connected with descent. Today it has all but faded, but its bitter memories still remain and remind us that groupism of any sort within the society is a dangerous phenomenon, and should never be allowed to take strong roots.

TAGS : Ancient Indiansocial hierarchy IndiaIndia hierarchysociety in ancient IndiaIndian classesclasses in India caste
Let us know how you like this article. Like it and Rate it below.
4.89K 3
3
Thanks for rating this article
5 stars - by 3 user(s)