An Analysis of African Oral Traditions 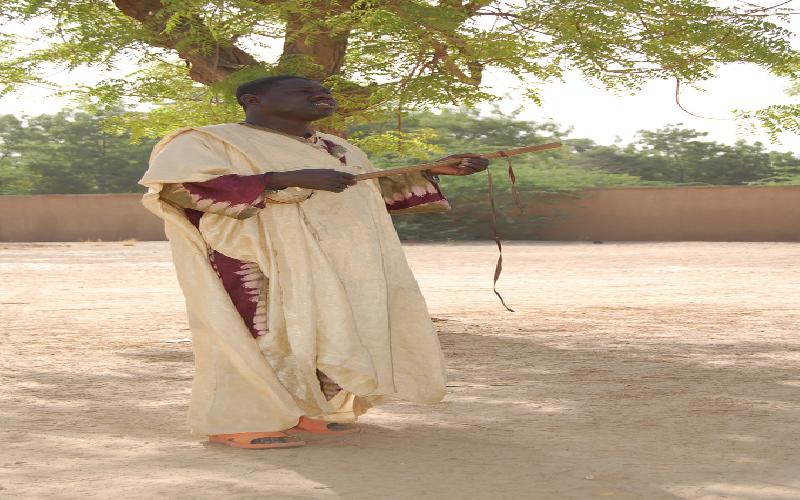 Throughout the long evolution of human civilization, our knowledge, and more importantly, our wisdom was passed orally from one generation to another, long before things like paper, ink and printing came into picture. Such oral traditions still survive in some parts, largely Africa, and provide us some of the most fascinating aspects of our earlier generations and how they lived.

Oral traditions are one of the most important sources of knowing the past of Africa.

Till the invention of printing press, most common people came to know about the history and culture of their society through oral communications from their parents, elders and teachers. They in turn became the reservoir of this information and passed it on to the generations that came after them. This form of communication and preservation of knowledge, referred to as 'ORAL TRADITION' is important for understanding the history of societies and nations where printing and books did not become popular till recently. In Africa, such oral traditions have attracted the attention of historians and their analysis is gradually helping discovery of an African history that has been hitherto undiscovered.

Oral tradition consists of many forms in which knowledge and tradition is passed to the next generation. As would be expected, it is different from written history, and to actually convert it into authentic history requires a lot of deciphering, filtering and corroboration with existing knowledge and understanding. Having said that, it would not be out of place to say that even without any of such deciphering and corroboration, oral tradition is a form of cultural communiqué that deserves to be given recognition as well as preserved and studied, even if not promoted and grown further.

Following are some of the common forms of oral tradition:

The TALE & the FABLE - Tales of historical characters or heroes are often told by elders in the family or the village to the younger ones, though often the grownups will also be there in the audience.

Fables, on the other hand are narrations of events often with a moral overtone. While the tales are more often a narration of an actual event, though probably a lot more dramatic than the actual happening, the fables are more often just a way to send a message about morality or a code of conduct to the next generation.

MYTHOLOGY - Myth is not always restricted to oral tradition, as many civilizations, right from the Romans onwards, have it in the written form as well. In Africa, it survives primarily in the form of oral tradition. It is generally an inseparable mix of real and unreal, partly to make the narration more dramatic, partly a result of innovations and perhaps even fabrications added by successive generations. Myths generally have a religious connotation that leads to complete faith in the story on part of listeners, and yet many of them contain information about events that may have actually taken place.

LEGENDS - These are also stories of great heroics, bordering on being incredible. They differ from myths in being less dramatic, involve less of supernatural phenomenon and are more likely to be a narration of actual people. More importantly, though they reflect the culture and traditions of the society and can be a valuable tool for understanding society.

EPICS - Epics are long narrations involving many characters and their inter-relationship. Epics are extremely important sources of information about the past. Like all oral traditions, they may also contain information that need to be filtered, but usually because of their popularity among the masses and the large pool of information available therein, they can be corroborated more easily, and are more likely to pertain to real people and their historical past.

GENEALOGY - This is one part of oral tradition whose authenticity is less open to dispute. Africa has a great tradition of people who have expertise in learning and remembering the ancestry of local people. Many of them claim to know about genealogies for many hundred years, and many can actually recite much of it. In some countries they are called GRIOTS', and are considered very authentic and professional. Alex Haley, an American writer, in his book, The saga of an American family', described his meeting with a griot in 1966, who could recite the entire story of his ancestral village of Juffure' for the last two centuries up to the point his ancestor was enslaved. This is how Haley described his experience,

"The old griot had talked for nearly two hours up to then . . . 'the oldest of these four sons, Kunta, went away from his village and he was never seen again' . . . I sat as if I were carved of stone. My blood seemed to have congealed. This man whose lifetime had been in this back-country African village had no way in the world to know that he had just echoed what I had heard all through my boyhood years on my grandma's front porch in Henning, Tennessee." (-Alex Haley, Roots: The Saga of an American Family, Dell, 1976. Page 719.)

The knowledge of griots, also called as JELIS in certain communities, is termed as the fixed text of oral tradition' knowledge that is preserved by a professional class, and reflects the official or authentic version. Other forms of oral tradition are accordingly termed the free' texts, that can be communicated by anybody in the community and which reflect the unofficial version.

SONGS - Singing folklore about the heroes is common in most societies. Sometimes the songs represent the stories of great tragedies or great happenings and can provide important clues to those interesting in deciphering its historical essence.

PROVERBS & RIDDLES - These were used as means of educating the younger ones about the values of the society. In many ways they communicated the collective traditional wisdom, the do's and the don'ts that the community had come to learn by experience. They provide insights about the way the society lived and survived, and what it valued.

There is a dearth of written history about Africa, leading to a lot of vacuum about its pre-colonial past. While archaeological excavations tell us that Africa was the first place on this planet to be inhabited by humans, it tells us almost nothing about the life and society of those earlier ancestors. Places like Egypt have a written narration of the times, but thereafter, there is a vacuum. It is in this perspective that the oral traditions of Africa need to be studied and re-discovered.

It is important that the precious value of these oral traditions are realized and due importance given to them before they get irreversibly lost in the wake of globalized world of Television, internet, video games and the generations X, Y and Z.

The Oral Tradition Of Preserving Culture & Tradition In

History of our ancestors and the society they lived in was usually remembered by people and kept alive by word of mouth. In most ancient societies including those of Africa, legacies, culture and traditions were passed from one generation to other by this ‘Oral Tradition’.

Traditions Of Extended Family In India

India is a highly family-centric society. Extended families, where several generations and several siblings with their spouses and children live together used to be almost a norm, and exist even now, though not as commonly it did earlier.

One of the best events a woman cannot forget in her life is to marry the person whom she truly loves. It is not a joke when a couple seriously prepares and organize their wedding day so as not to forget the happiest day of their life..