Travel Attractions in the Pink City of Jaipur 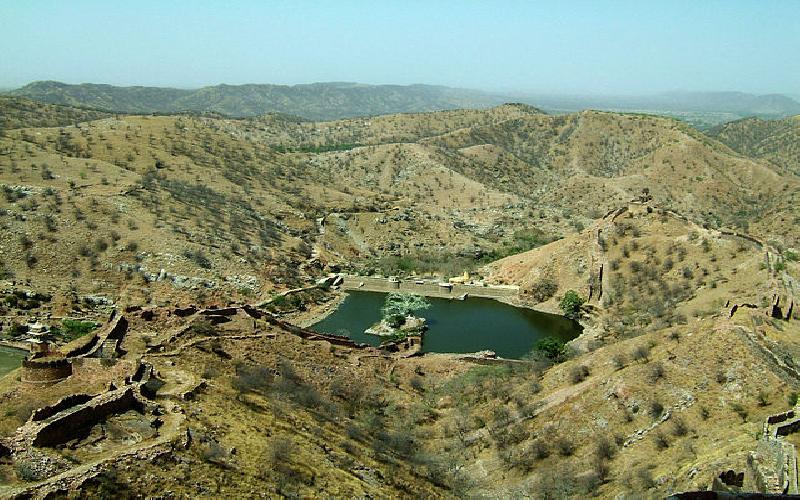 Situated at a distance of about 260 km by road from Delhi, the Pink City of Jaipur in Rajasthan is one of the most popular travel destinations for all those travelling to India. The rich history of the place is complemented by several architectural marvels, Forts, Museums and Palaces, excellent places to stay, a very rich culture and an attractive shopping destination. Along with Delhi and Agra, Jaipur forms the ‘golden triangle’ of travel destinations in North

Jaipur is an Indian city that came into existence in the seventeenth century, and was one of the most well planned city of that time in the world. The vision of its architect, King Sawai Jai Singh, who was a great mathematician, astronomer and architect, is still visible on its roads which do not allow entrance from the highway, never get water logged, and are always perpendicular at the joints, thereby ensuring that finding direction is never a issue in the city.

The attractiveness of Jaipur comes from several of its facets that include a very rich history, several architectural marvels, a picturesque landscape, rich cultural heritage, unique Indian dishes and a bustling market place for all kind of souvenirs, traditional attire and show-pieces. Being close to Delhi, the capital and surrounded by several other attractive destinations in the province of Rajasthan, Jaipur remains one of the most favored tourist destinations of India.

Jaipur, is known as the "pink city" because of the widespread use of red stone in its buildings in the old city, that give it a unique color. Most buildings that stand by the sides and are inhabited by the ordinary people in this part share the same architecture, and use of the same material, much of which has lasted several hundred years. Jaipur forms the golden triangle of tourism along with Delhi, the capital and Agra which hosts the Taj Mahal. Situated about 260 km from Delhi, it is easily accessible by air, rail and road.

An Ancient City with a Rich Heritage

Jaipur is part of an ancient human inhabitation that has existed since several thousand years.

During the earlier times it was known as the kingdom of Amber. The ruins of a seventh century fort still exist near the Amber Palace, which is a comparatively new construction undertaken in parts between twelfth and sixteenth century. These forts, like most forts of Rajasthan are constructed at heights, usually over a high point in the Aravali Hills, which are the one of oldest mountain chains existing on the planet. The latest fort was built even higher in nineteenth century and is called Jaigarh (Jai means victory and garh means fort). For a visitor, the Jaigarh Fort and the Amber Palace are a must see. Once can enjoy the elephant ride while going up or coming down the fort.

The Modern City & the Planetarium

The main city lies around 10 km away from hills that host the forts. It was built in late seventeenth century by King Sawai Jai Singh, who was a great scholar of mathematics and astrology of his time. His genius is reflected in the town architecture and planning. The old city of Jaipur, constructed over three centuries back, remains largely unchanged, still capable of taking care of the enormous population explosion that has taken place. Its roads are all perpendicular to each other so you can never get lost there. The drainage system can still compete with any modern system and is undoubtedly the best in India. One of the classic features of the town planning is that none of the buildings on the two sides of the road directly open on the road, allowing privacy as well as preventing traffic obstructions.

Sawai Jai Singh built a planetarium in Jaipur that is called Jantar Mantar, and subsequently, on the request of the Delhi Emperor, he also helped get one constructed in Delhi. These have instruments of those times for analyzing the movement of stars and planets and predicting the happenings in the outer space.

Abode of Rajputs: The Warrior Class

Jaipur and Rajasthan were the abode of princes, who were famous both for their royal tastes as well as their valor. They belonged to the Rajputs, a warrior class which was known by its fearlessness. It is said that for Rajputs both life and war were a game to prove their chivalry. Their history is still preserved in the two main museums of Jaipur, which are one of the richest of its kind in India. The first is the City Palace in the center of the old city, which was actually the residence of the King, called 'Maharaja'. The other is the Albert Palace situated in the midst of a sprawling garden. Then there is famous Hawa Mahal, a building which provides for natural ventilation in a manner that maintains its coolness even when the temperature touches 45 degree Celsius.

The city of Jaipur has now spread far beyond the limits of old Jaipur, which is called the Pink city. The new city is equally soothing to the eyes, with wide roads and nice buildings. There are hotels for every budget, beginning with palace hotels which allow you to experience the luxury of princes, five star hotels, and a large number of very comfortable abodes that would fit in a lower budget. Usual mode of transportation within city is by taxis, but if you are used to it or wish to experience it, three-wheelers may be an option. The public transport is not so well developed, though some places are connected by an over head Metro Railway.

The best time to visit Jaipur is from October to March, with November and February being the best months to travel. The markets offer exiting shopping opportunities for those looking foe some unique taste, in showpieces, clothes, fabric and designs. Jaipur has long been a big market for semi-precious stones, so if you understand them and make your selection, it can offer you great bargain deals. The famous food is 'Dal, bati, choorma' and if you wish to eat in the traditional way you have the option of visiting Chokhi Dhani - a traditional style resort where you would feel having fled back a couple of centuries.

Learn more about the European cultural center and it's outstanding architecture, beaches and cuisine. .