The 10 Haunted Places in Idaho

The 10 Haunted Places in Idaho 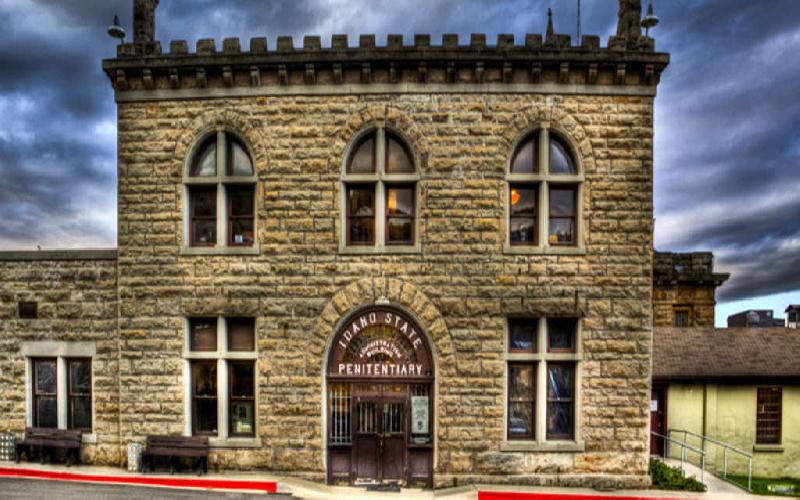 If you're into the paranormal and ghost sightings, then this article will show you the 10 most haunted places in the state of Idaho.

According to local legends, there is a ghost of a Shoshone Indian girl that lingers around the Lower Mesa Falls.  She is said to have died while trying to rescue someone caught in the river.  The girl is said to be seen in the falls, dressed in white and phantom drumbeats can be heard.

A ghost dog seen in dark cemented walls in Harold B. Lee Library; a ghost upset in the Harp Room; ghosts coming out of their graves beneath the Maeser Building—these are many stories heard around Brigham Young University.

Library employees claim to have witnessed dog paw prints embedded to the floor with no apparent way leading up or getting away.  The mystery is left to determine how they were left.  This comes from a story told by Justin Stewart HBLL facilities manager who was giving a tour to a group of students in the library’s basement:

“The concrete finishers had their dog here, and he ended up dying in the process of the building being built.  Now he’s sometimes here – a ghost dog,”

Other people have reported hearing strange noises and ghost-like appearances in the library, despite the tale being told for fun, according to Richard Layton, HBLL communications manager.

HBLL librarian Myrna Layton reports an old-looking chair randomly appearing in HBLLs Harp Room, despite it being removed from the room, it somehow keeps reappearing yet no one claims to move it back into the room

And strange occurrences have been reported in the Primrose International Viola Archive, where students have told her about seeing a ghost, heard footsteps, or touched their hand turning off the light.  Speculation comes from the imagination after an employee fabricated a story online.

The Maeser Story is a tale about a cemetery, in which the building is said to be constructed on top of Temple Hill Cemetery, according to Provo Library records.  The brief history of Provo City Cemetery is said to have 30 bodies under the building, despite the claim the bodies were moved before the Maesar Building was built.

Lake Coeur d’Alene in Coeur d’Alene, Idaho is said to be haunted by a Fish-Woman, where unexplained noises and the figure of a fish-woman have been seen near a large, pointed rock.  A mysterious wind can be felt churning on the lake, even on a calm day and a huge horned creature is said to lift boats out of the water.

This is where U.S. Calvary soldiers brutally murdered Shoshone men, women, and even children as they starved to death.  Some claim in the wintertime, you can hear babies crying and footprints in the snow can be seen.

The story is said that a young girl drowned here in the 1970s while waterskiing.  She is reported to be seen as a ghost sitting on rocks at the shore.  If you approach her, she simply vanishes.

Pioneer Boot Hill Cemetery is located on Highway 21 northeast of Idaho City, Idaho, about 45 miles northeast of Boise, Idaho.  Idaho City was once a booming gold rush city—today, a small city of just 300 residents, but there are stories of the unseen residents still hanging around various parts of the town.

Idaho City was a destination of prospectors in the Boise Basin in 1862 when gold was discovered.  Businesses provided services for these prospectors—including groceries to prostitute.  At the peak of this town were more than 250 businesses—clothing and food stores, barbershops, pool halls, and even a bowling alley.  Operas and movie theatres thrived for those who hit the motherlode.  As the city bustled into “a bawdy, lusty town with whiskey cheaper than water,” law and order was laxed, life was cheap, and many people died in gunfights.  After the gold was mined, the prospectors left, leaving the town a mere existence of normal life.  Like most gold mine towns, a series of fires destroyed much of the town, but thanks to the wealthier residents, Idaho City has been restored so visitors can enjoy this gold-rush town that shows plank-covered board walks, 19th-century buildings, and the Pioneer Boot Hill Cemetery still left for visitors to enjoy, boosting Idaho City’s economy.  While many people died during the gold rush era in guns fights, fires, disease and child birth.

Apparitions float or linger throughout the town’s Pioneer and Boot Hill Cemeteries after the sun goes down.

Several pre-teen boys have seen the apparition of a foggy, misty prospector with a short beard and western clothes and vest.

A young girl is seen in the Chinese section of the cemetery, standing by a grave.

The old grocery store has not only living shoppers, but the apparition of a shopper walking through the store looking at merchandise before walking to the back of the store before vanishing into the wall.

The town’s oldest saloon, Diamond Lil’s, built in 1862, is said to be haunted by dead customers having a good time and enjoying a drink or game of cards after a hard day in the mines.

It is said that a group of Native Americans living in the Snake River region of Idaho were suffering a terrible famine.  Wanting to spare their babies from starving to death, they drowned them in the Snake River in what they thought a mass mercy killing.  (Differing stories also claim it was white settlers during the 1800s who drowned their kin; and others, a war between Native Americans and white settlers at the center of the drownings, not famine.)  Whatever the stories claim, hauntings exist that on parts of the Snake River, visitors can hear noises of crying babies and splashing water echoing in the dark.  These stories have been reported at Massacre Rocks and Fort Hall Bottoms, but Fort Hall Bottoms is closed to non-tribal members and trespassers can be arrested.

While the Idanha Hotel in Boise, Idaho was being renovated, many construction workers, as well as employees, quit due to the presence of paranormal activity.  The ghost of a bellman has been seen gunned down as the hotel elevator moves up and down by itself, not to mention seeing this same bellman peering around corners of the building.  Doors seem to open by themselves, lights go on and off, and hideous moaning is heard on certain levels of the building.  It is alleged that a woman was murdered and buried in the basement of the hotel, haunting the lower levels of the building.  The 3rd and 4th floors are haunted by some aggressive entity who pulls guests from their beds.  Guests and residents have seen a misty, grey apparition, now that parts of the building has been renovated to an apartment.

While there are many accounts of paranormal activity abound at the Old Idaho State Penitentiary in Boise, Idaho, 5 House, where Snowden (Idaho’s Jack the Ripper) was executed is said to be the most haunted and most active of all the rooms in the building.  Snowden’s spirit is believed to have never left the penitentiary, haunting the grounds since the day he was executed in October 1957.  Prisoners, guards and visitors have reported a feeling of dread and oppression in certain areas.  Visitors and staff have claimed to hear footsteps in the halls when no one is there, disembodied voices heard by those participating in walking tours, and some have even claimed to have been touched or pushed by unseen hands.  Those visiting the penitentiary have had the feeling of being watched as well as apparitions and shadowy figures lingering in the abandoned prison.

TAGS : travel tourism hauntings Idaho
Let us know how you like this article. Like it and Rate it below.
104 0
1
Thanks for rating this article
5 stars - by 1 user(s) 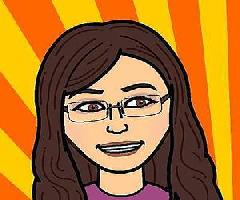 I am a 51-year-old mother to a 21-year-old son. I love to write nonfiction articles in the legal, business, cooking/culinary, fashion genre. I also love writing stories, mostly in the romance genre, but like to write horror and fantasy genres as well. An avid soap opera watcher, I love writing fanfiction based on the soap operas.

Martin Luther King Jr. was an unforgettable crusader for the rights of Blacks.

The article speaks about the defeat of Siraj Ud Daula in Battle of Plassey. The history of battle of Plassey is restored in Hazarduari Palace which is a good site for travellers..