The Oral Tradition of Preserving Culture & Tradition in Africa

Oral Tradition is an Important Resource of History in Africa 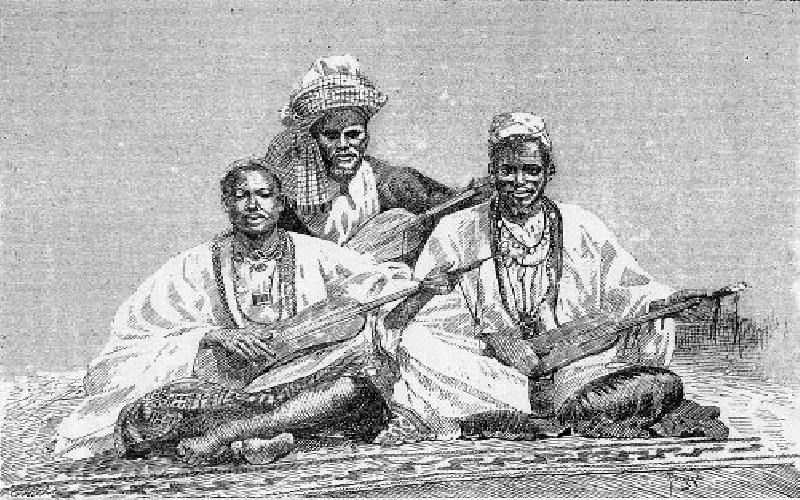 History of our ancestors and the society they lived in was usually remembered by people and kept alive by word of mouth. In most ancient societies including those of Africa, legacies, culture and traditions were passed from one generation to other by this ‘Oral Tradition’. While books did get written, the best account of life and times of ordinary men and women of Africa can often be found in the oral traditions of the society.

During ancient times, the greatest asset of human societies was its tradition and culture, by which it was able to maintain a continuity of its existence across multiple generations. The knowledge of these was preserved and passed on from one generation to the next be way of mouth, in informal settings, a process often known as ‘Oral Tradition.’ In Africa, some vestiges of this tradition are still alive, and allow us to understand its various facets.

Long before the books, printing press, paper and internet, people used to preserve their knowledge about past in the form of memories and pass it on to others by way of oral communications. Everything they knew about themselves, the world around them in which they lived, their ancestors and the values which formed the basis of their societies, were all preserved and communicated within the society in this way, which is also referred to as the ‘oral tradition’. This oral tradition is known to be there all over the world, but the place where it has been studied most in recent times is Africa, where the identification of such oral traditions has attracted a lot of attention and their analysis is gradually helping the historians discover many facets of African history that has been hitherto undiscovered.

What does it mean to us today?

However, here one must understand and appreciate the fact that oral tradition itself was never a way of preserving facts of history in the manner modern history attempts to do today.

In fact, it can be best considered as a form of cultural communiqué that provided a comprehensive method for communicating the culture, tradition and values that were considered precious and necessary for the next generation to survive and prosper, as a society. It should then be one of the endeavours of those studying it to recognise it as such, and also preserve and study it in that very form, even if it is not considered worthwhile to promote and grow further.

Some specific forms of Oral Tradition in Africa

Among the many forms of Oral Tradition in Africa that have been identified, documented and studied, the following are some of the common ones.

Griots are the traditional masters of elocution in West Africa, who display excellent command over words and expressions and use it convey messages to the people in a form that holds their attention and in a manner that their message is understood and retained by the masses. Griots are one of the most recognized forms of Oral Tradition of Africa, and provided significant insights into this age old practice. Female version of Griots are called Griottes. It is commonly believed that much of West African tradition and culture has been preserved over the ages through the words of Griots.

Jaliya is the art of mixing words with music, to communicate and announce. It is an ancient art of West Africa, which is still in existence in small pockets, providing an opportunity to study the Oral Tradition practices. Often the Griots use Jaliya too as a means of communication. It utilises local musical instruments like the Balafon, the Ngoni and the Kora. The practitioner of Jaliya, called the Jali used to be the repository of all cultural heritage, tradition, rules and genealogies of their nation. They enjoyed royal patronage and had enormous rights of expressing themselves in a manner that was not allowed for others. They often remained by the side of kings, even in war, recording all events of war in their memory, to be later reproduced as a musical prose for the people back home and future generations.

Contents of the Oral Tradition

The Oral Tradition was a virtual depository and reservoir of all knowledge and memories of the African societies. They included all forms of descriptions, facts, wisdom and stories about themselves, their ancestors, near and far lands and the world around. Some of their contents are discussed below.

Tales are stories of real life historical figures and events. They are often told by the respected elders of the society to their younger generation. Most often though, the audience will be mixed and the grownups will also be there. On the contrary, Fables are narration of events that may not always have a historical sanctity, but are significant primarily due to their moral overtone, intended to deliver a strong message about the values and traditional wisdom of the society. The tales are usually a dramatized narration of an actual event, while the fables are more or less fictional narration created with the purpose of teaching morality or a code of conduct to the masses.

Myth has always been mixed with facts, in almost all ancient civilizations, including those of Rome, Egypt and India. It is present in good enough measure in Oral Tradition of Africa as well. As elsewhere, It is usually very difficult to separate the real and from the unreal. Many a times, this may be the result of over dramatization of characters and events in order to make the narration more dramatic and interesting for the audience. It may also be a result of additions, innovations and perhaps even fabrications added by successive practitioners. Very often, Myths also have a religious connotation that makes the audience follow the story with complete faith, even though many such narration may have actually taken place in real life.

Legends are the stories of the great heroes and their heroics. At times, they can be incredible to an outsider, but for the society, they form great inspirations and are a source of great self esteem. Unlike myths, they are less dramatic, with lesser involvement of supernatural phenomenon. Usually, they are accounts of real people in actual life, which are sometimes exaggerated to make stories more impressive.

Genealogies are a very important part of Oral Tradition, primarily because their authenticity is less open to dispute. Like some other ancient societies, Africa also has a great tradition of preserving and genealogic histories of its people. Even today, there are many who claim to have the genealogies spread over many centuries, and many of them can actually recite them.

The West African ‘Griots’ also preserve genealogies, and are usually considered authentic and professional, making their claims that much more credible. Alex Haley, an American writer, in his book, ‘The saga of an American family’, described his meeting with a griot in 1966, who could recite the entire story of his ancestral village of ‘Juffure’ for the last two centuries up to the point his ancestor was enslaved. This is how Haley described his experience,

"The old griot had talked for nearly two hours up to then . . . 'the oldest of these four sons, Kunta, went away from his village and he was never seen again' . . . I sat as if I were carved of stone. My blood seemed to have congealed. This man whose lifetime had been in this back-country African village had no way in the world to know that he had just echoed what I had heard all through my boyhood years on my grandma's front porch in Henning, Tennessee."

Use of music and songs is a part of all cultures and societies. It is also used in attracting audience in the Oral Tradition. The songs may represent the tales of their great heroes or the stories of great tragedies and triumphs, and are important in providing significant clues that serve in deciphering and decoding its historical essence. Jaliya of West Africa used music as the form that made their descriptions and messages attractive and entertaining.

There is a dearth of written history about Africa, leading to a lot of vacuum about its pre-colonial past. While archeological excavations tell us that Africa was the first place on this planet to be inhabited by humans, it tells us almost nothing about the life and society of those earlier ancestors. Places like Egypt have a written narration of the times, but thereafter, there is a vacuum. It is in this perspective that the oral traditions of Africa need to be studied and re-discovered.

It is important that the precious value of these oral traditions are realized and due importance given to them before they get irreversibly lost in the wake of globalized world of Television, internet, video games and the generations X, Y and Z.

TAGS : Oral tradition History of Africa Role of Oral Tradition Griots Jaliya Tales and Fables Legends Mythology
Let us know how you like this article. Like it and Rate it below.
18.4K 6
8
Thanks for rating this article
4.5 stars - by 8 user(s)

This article will help you know how to travel from madgaon to kannur by train. Hope this will prove to be useful to you..