The Similarities and Differences among European and Asian Empires between the 15th and 18th centuries.

Relations among European and African Nations 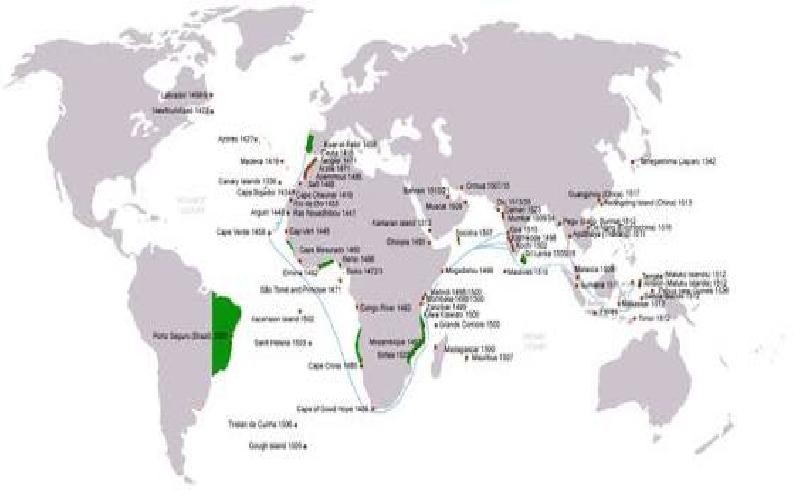 The European and Asian empires had things in common as well as notable differences between the 15th and 18th centuries.

At the start of the 15th century there were arguably only two European empires in the guise of the Byzantine Empire and the Holy Roman Empire, the former was in terminal decline (and ceased to exist by 1453), and the latter had little unity even though it lingered on until 1806. In contrast the Asian empires such as the Mughal and Ottoman Empires seemed much stronger, and were expanding. Indeed the Ottomans not only conquered Constantinople they threatened much of Europe too. There were also the more established Chinese and Persian Empires that were envied by Europeans.

To a very large extent all these empires were supported by economic and trading links as much as military power, whilst the lure of profits provided the impetus for the Europeans to build their empires. It was the Portuguese who set the ball rolling with the voyages of Henry the Navigator. By that point the Chinese had already explored much of the known world with their treasure fleets and decided against setting up overseas colonies.

Perhaps the main difference was that the Europeans were prepared to travel greater distances to set up and maintain their empires. Deliberately and inadvertently the Europeans brought about profound changes, especially to the Americas. The deliberate part was changing the production patterns of the colonies to suit the economic interests of their rulers. The inadvertent part was that diseases such as small pox devastated native populations. The Europeans including the British, Dutch, and the French ruthlessly increased the slave trade to grow crops like sugar that made huge profits in Europe.

TAGS : European and african nationsculturesimilarities and differences
Let us know how you like this article. Like it and Rate it below.
8.02K 0
0
Thanks for rating this article
0 stars - by 0 user(s)