Superstitions around Gems and Precious Metal

Beliefs about Astrological Effects of Precious and Semi-precious Stones 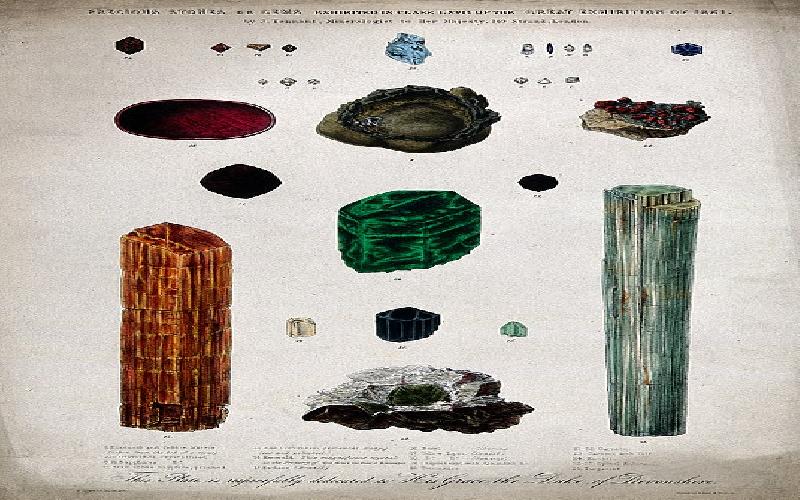 Gems and precious metals have been closely associated with all kind of superstitions, often linking them with planets and stars, and their use or avoidance advocated by practitioners of astrology. In many cases, people opt for them as much because of their supposed astrological effects as for their cosmetic value. Many of these make very interesting reading.

Gems are considered very important in astrology. Now, whether astrology itself is a superstition or not is probably a topic of never ending debate, just like the debate surrounding the existence of god. As far as practical world and people like you and me are considered, most of us fall somewhere in the middle of the two extremes of believers and opposition, as we would prefer not to do something that could lead to a harm, while at the same time not getting too attached with these beliefs.

Thus, when people are planning to buy jewelry and ornaments, their primary purpose is not astrological benefits, but if in the process they come across someone who would suggest that a particular gem or stone is going to bring bad luck while another will bring them good fortune, it is more likely than not that many will avoid the stone about which they are warned, even when they may not opt for the gem likely to bring them good luck. Such a reaction is not necessarily a reflection of our superstitious nature.

It is actually a reflection of our awareness that we do not know enough, that there are big blind spots in our understanding of nature, and the fact that disrespecting traditional wisdom amounts to a risk which we may not always prefer to take.

Many of these superstitions vary from place to place and from time to time, but there are some, which are believed among a wide enough audience to be casually dismissed. These are those beliefs which are associated strongly with astrology and its predictions. Many of them are interwoven in a form of related arguments that lend some credence to them, and an impression that some work and some logic might have been there in such arguments. So, superstitious or not, better avoid a gem that may bring disaster.

The Blue Sapphire: The King of Extraordinary Gems

The most common target of gem predictions is blue sapphire, the stone associated with Saturn and its magical powers. It is said that the blue sapphire can make a pauper a king or vice versa. Further its effects can be gauged very quickly - it will have a positive or a negative impact within 3 days, sometimes even within 3 minutes of its wearing by a person, and depending on such effect, one should either go for it or avoid it for the rest of one's lifetime. Another stone which is supposed to have a very powerful effect is Ruby, associated with Sun and usually prescribed for leaders and people desiring power. On the contrary, pearl, which is not a stone, is characterized as representing moon, and is likely to bring peace and serenity, and hence prescribed often for people who easily lose their temper, and who suffer from bouts of anxiety.

Emerald is associated with mercury, and a powerful mind, thereby being a favorite of people in the field of mental analysis and intellectual pursuits. Jupiter brings spirituality and academic success, while diamond is considered good for sexual life and domestic bliss. Red coral is supposed to represent Mars and bring with it a fiery nature that is said to be desirable for soldiers and warriors as it brings valor, strength and vitality to those who wear it.

Precious metals too have their own association. Gold has always been the favorite of jewelry makers and users. One reason is its sustainable sheen, another is its favor with astrologers. Its sustenance makes both an asset in terms of wealth, as well as a metal that sustains health and prosperity. This demand for gold is the primary reason for its high value in human history, and that does not seem likely to change in the near future.

Whosoever irrational the superstitions may themselves, there is always a reason for their existence. Often, it exists in the form of some deep rooted experiences or the traditional wisdom that is transformed in a simplistic form of the superstition.

New Zealand's Kiwirail offers three Scenic Journeys by train. These cover large expanses of the North and South Islands and are enjoyed by locals and tourists alike..