The history of Lottan Masjid and Adina Mosque in Malda.

The Adina Mosque is undoubtedly an architectural wonder. 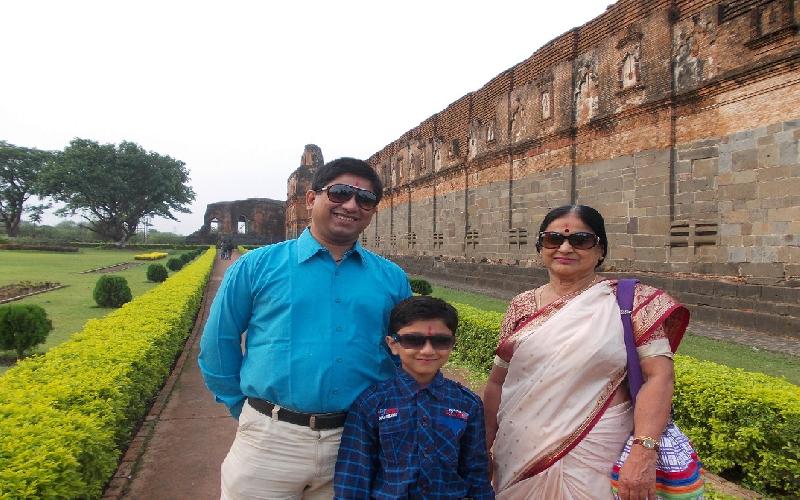 The article speaks about the beauty of Lottan Masjid and the Adina Mosque in Gaur and Pandua and the history relating to creation of the famous historical monuments.

Malda is famous for the two historical regions Gaur and Pandua. During the 14th Century both these places were developed due to existence of different rulers.

The Lottan Masjid is one of the important mosques of the region of Gaur in Malda. It was built by Sultan Yusuf Shah in the 15th century. It consisted of a single domed square chamber and verandah with 2 domes. The mosque was famous for enamelled brick work. Beautiful coloured stones were placed in the different walls of Lottan Masjid.

There was a dancer named Lottan and the entire masjid was built in her name as the dancer was of eminence.

It is a pity that these days the colourful stones are not found.

They are replaced by ordinary bricks. They are famous mango orchards around the Lottan Masjid, especially related to fajli mangoes.

Adina Mosque is a 14th century mosque. It was built by Sikander Shah. It was probably built in 1373 AD. Located twenty kilometres North of the town of Malda and along a major road leading to north Bengal, the sultan probably built it as a visual proclamation of his victory over the Delhi ruler, Firoz Shah Tughluq.

Most of the infrastructure of the Adina Mosque are not maintained. They are in remains. Recently the  Bengali film Bojhe Na Se Bojhena has been shot in the background of Adina Mosque. Soham, Mimi, Abir Chatterjee and Payel are the main actors and actresses in the film Bojhe Na Se Bojhena. The film was a tragic film but the beautiful historical monuments in Gaur and Pandua especially the Adina Mosque was shown in the film exclusively.

Visitors travel to Malda and Murshidabad in West Bengal to see historical monuments. The architectural value and historical importance haunts the visitors to visit these ancient monuments. Malda at one point of time used to be the capital city of West Bengal. There were separate kingdoms in the cities of Gour and Pandua in Malda. It is difficult to cover all these historical monuments in 3 to 4 days of stay. Visitors are required to have time to visit the Dakhil Darwaza, the Kotwali Thana, the Feroz Minar, the Adina Mosque, the Lottan Masjid, the Chamkati Masjid, the Lukochuri Masjid, the great Jahura Kalimata Temple, and other ancient monuments. None of them are maintained very well and presently among ruins, but the structures depict the great plan of the architects and builders of that time.

In Pandua in Malda one of the greatest attractions include the remains of the Adina Mosque. The Adina Mosque ruins are the ruins of the largest mosque in the Asian continent located in the state of West Bengal near the border with the country  of Bangladesh. The site, dating from the 14th century hosted the imperial mosque of the Bengal Sultanate.

In the recent past the super hit Bengali film Bojhe Na se Bojhe Na was shot at this location. Soham, Abir Chatterjee, Mimi Chakravarty and Payel played the lead roles in the film. The song “bojhe na se bojhe na” sung by Arijit Singh was a smash hit. In the film it was shown that a big Bus travelled from Bahrampur, Murshidabad, Malda and was coming towards Kolkata. Many travelers who were in the bus had their own stories. At the end of the film the bus met with a furious accident colliding with another bus head on. Majority of the travelers all died on the spot. Rest was severe injured. After starting with a romantic storyline the film ended with a tragic note.

Presently the original mosque cannot be seen but what remains are the ruins of Adina Mosque which are located in the city of Pandua of district of Malda West Bengal, India. It is located close to the Indo- Bangladesh border and twenty kilometers north of the town of English Bazar along a major highway to the North Bengal. For historians the plan of the mosque was similar to the Ummayad Mosque in Damascus. Its ribbed barrel vault was similar to the Sasanian Taq Kasra in Iraq

The plan and art work of the mosque is described as follows. It comprises of 19th century sketch of artwork in the Adina Mosque. The mosque was built during the reign of Sikander Shah, the second Sultan of the Illias Shahi Dynasty in the Bengal Sultanate. The mosque was designed to project the kingdom's imperial ambitions after its two victories against the Sultanate of Delhi in the 14th century. The mosque was probably constructed on the ruins of Hindu-Buddhist temples and monasteries. Its exterior wall contains defaced Indian sculptures. Many experts who research on ancient monuments feel and still believe its construction material included stone from Bengali temples. Many similar types of stones are found in Hindu temples in Malda, Pandua, Gaur and parts of Bangladesh.

Inscriptions on the mosque proclaimed Sikandar Shah as "the exalted Sultan" and the "Calliph of the faithful". The Sultan was buried in a tomb chamber attached to the wall facing the direction of Mecca. The mosque was located in the now ruined city of Pandua, a former capital of the Bengal Sultanate. It fell into ruin during the period of British regime and was damaged by earthquakes in the 19th century. There are no exact mention about the cause of the earthquake but the trembles of the base and floors caused severe cracks and breakdown of large part of the mosque.

It faced the Santhal rebellion in the early 20th century. In early 20th century, aboriginal Santhal tribal rebels, armed with bows and arrows, captured the mosque after attacking the local Muslims. But the rebellion was suppressed by the colonial government and Muslim landlords. Bullet holes from the rebellion can be seen in the ruins. The same naxals were a serious force in the Sepy Mutiny held against the British Government in the mid 1850s. The mutiny resulted in a failure but at least it was shown that there was serious discontent against the mighty British empire and the local people tried to show their grievances by rebellion.

The design of the mosque require special mention. The design of the mosque incorporated Arab, Bengali, Byzantine and Persian elements. It was built with stone and brick. Its plan is similar to the Great Mosque of Damascus. It had a rectangular hyspostyle structure with an open courtyard. There were several hundred domes. The structure measured 172 by 97 m. The entire western wall evokes the imperial style of pre-Islamic Sasanian Persia. The mosque's most prominent feature is its monumental ribbed barrel vault over the central nave, the first such huge vault built in the subcontinent, and another feature shared in common with the Sasanian style. The mosque consciously imitated Persianate imperial grandeur. The prayer hall is five aisles deep, while the north, south and east cloisters around the courtyard consist of triple aisles. In total, these aisles had 260 pillars and 387 domed bays. The interior of the courtyard is a continuous façade of 92 arches surmounted by a parapet, beyond which the domes of the bays can be seen. The interior elevated platform, which was the gallery of the Sultan and his officials, still exists. The Sultan's tomb chamber is attached with the western wall.

During the winter season, a big group of tourists come to have picnic in Adina Mosque. They see the other important landmark monuments like the Lottan Masjid, the Feroz Minar, the Dakhil Darwaza and also the Adina Mosque. There are two seasons when visitors can come to visit the mosque, one includes May and June, just before the arrival of the monsoons, the other during the months of December and January. Visitors should come to watch the great mosque.

Winter is the best time for visiting Lottan Masjid and Adina Mosque. It is because Malda is a very hot place. The summers are very hot. So unless the monsoons break in, the visitors can get an uncomfortable weather if they visit both Gour and Pandua during the summer months.

It is a pity that the Archaeological Survey of India has no funds to restore the Mosque. So the history related to creation of the Adina Mosque and Lottan Masjid will fade away from the history books.

TAGS : Adina Mosque Gaur Pandua Malda
Let us know how you like this article. Like it and Rate it below.
2.82K 1
0
Thanks for rating this article
0 stars - by 0 user(s)

Places To Visit In Dubai

In this article, I am listing and describing the five most interesting places to check out in Dubai.. 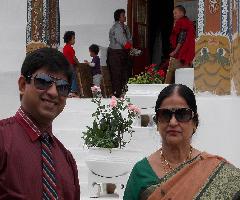 Comparison Of The Romantic Cities Of Thimphu And Phoent

The article compares the beautiful cities of Thimphu and Phoentsholling in Bhutan. Both the places are very romantic.