Motorcycling in the Himalayas 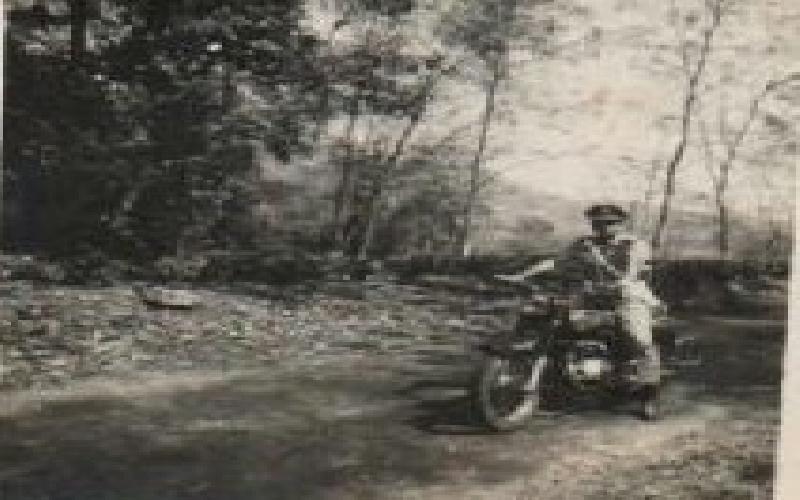 The Himalayas are best explored on a bike, preferably the rugged 350 cc bullet which I have used. The lofty mountains are a treat and an experience

When I was posted in Baghdogra in the state of North Bengal I often explored the mighty Himalayas.  For people who may not aware, Baghdogra is an important airbase to face China and is 13 km from Siliguri. Baghdogra also houses the civil flights which connect it with Delhi, Calcutta, and Gauhati. It is situated in the foothills of the Himalayas and all around is lush tea gardens. I had a sojourn for over a year here and used my spare time including holidays to explore the mighty mountains up to heights of 10,000 ft.

The bike I used was the Royal Enfield Bullet. It was a350 cc model, though I would have preferred a 500 cc one.

The bike is the perfect accompaniment to a Himalayan ride and negotiates the lanes in the mountains with aplomb. Driving at night can be a bit tricky as wild animals can accost you and in case your head light is not a powerful one, you can land in a deep abyss.  The added charm was driving the bike with my girl Mary Gomenzies on the pillion. She was a teacher at St. Helen's in Kurseong( height 5000 ft) and a real game girl with guts and grit.

Often I drove in my uniform with my cross belt and revolver. I wonder why? Maybe it was a show off to my girl for the mountains were peaceful. I would set course to Kurseong through a narrow steep road that took me to the small picturesque hill station, a gift of the English Raj. I would pick up my girl and then dash off higher up. I remember reaching heights of 10,000 ft at Mirik and often strayed into Nepal. It was the land of clouds as low clouds some time enveloped us and visibility were zero. But that is the fun to drive. I also got friendly with the tea planters in the mountains and it was a social occasion as well.

Higher up there are very few roads and only small paths. I used to drive my bike through these mountain trails and many a time we sat under a large tree at a height of 10,000 ft and took a swig of rum. Mind you its an invigorating drink at that height. Rum with water? no plain neat and it gave use zest and energy. Never had a puncture, but I carried a puncture repair kit with a small hand pump.

It was the pristine environment and something to be relished.. The Himalayas are a great exploration challenge. I used to drive to Gangtok and Darjeeling and sometimes ride alongside the toy train. I would love to relive those moments, not forgetting my girl who made the trips more interesting.

TAGS : Motorcycle Himalayas Exploration
Let us know how you like this article. Like it and Rate it below.
58 0
0
Thanks for rating this article
0 stars - by 0 user(s)