Thoughts on The Lions' Obelisk- A Remarkable Historical Monument

The Lions' Obelisk- A Symbol of Human Aspirations to New Heights 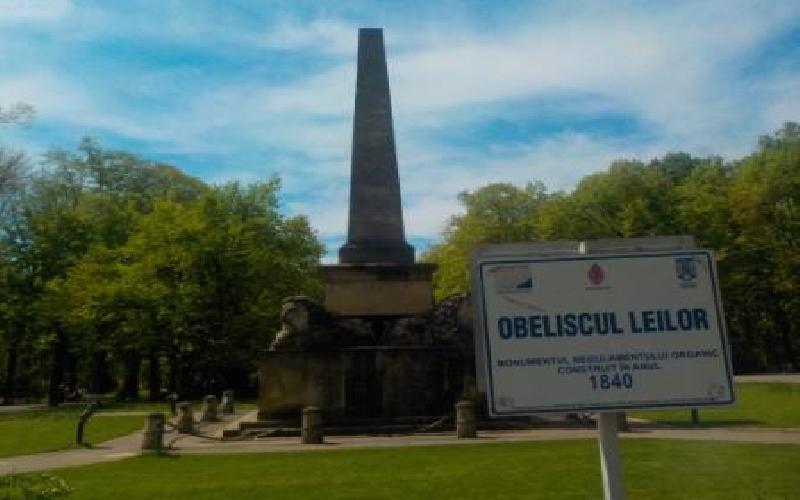 Thoughts on the significance and relevance of one of the oldest public monuments in Romania, the Lions' Obelisk from Lasi- the most important city in Moldavia.

A visit to the cultural capital of the Romanian region of Moldavia, the beautiful city of Lasi, is not complete without an incursion to the Copou Park, an area where locals and visitors alike enjoy spending time close to nature and away from the more hectic rhythm and the noise of a big city. One of the main attractions of the park, along with Eminescu's Linden Tree and The Junimea Alley, is represented by the Lions' Obelisk, an impressive historical monument built between 1834 and 1840 and dedicated to the Law of Organic Rules, an organic law enforced by the Imperial Russian and Ottoman authorities  in the principalities of Moldavia and Wallachia which were under Russian protectorate at that time, which is said to have contributed to the development of the principalities in the 19th century.

When I visit a town and I have a limited time at my disposal to discover as many of its cultural and historical wonders as possible I often get past some of those objectives in a hurry, take a few snapshots of them and move on to the next target, but there are also historical objectives which are so impressive that they truly capture my attention and make me take a break and reflect upon their significance right on the spot. Such was the Lions' Obelisk, a stunning monument whose grandeur has captured my attention the moment I saw it, and the fact is that with a height of 13 meters and a weight of 10 tones it is impossible for any traveler to ignore it.

The main elements of the edifice are the obelisk itself and the four lions at its base which sit on a large pedestal, each of the lions bearing a sword with oak branches. As for the significance of the monument at the time of its creation, it was meant to be a sign of gratitude towards the Russians first of all because those laws they introduced in the 1830 apparently contributed to the modernization of the two principalities. The four lions symbolize the European powers which recognized the independence of the Romanian countries, which later united in 1859, while the obelisk soaring towards the sky probably symbolizes the great aspirations of the principalities aiming for new heights of development and progress.

There was obviously a state of optimism and confidence in the future state of the Romanian countries expressed by this impressive edifice whose construction was completed with great efforts, but the facts that the governing authorities of that time overcame all the hardships and finished the construction with the limited resources they had was a triumph of human ingenuity and determination to get things done at any cost.

It's been almost 180 years since the Lions' Obelisk was inaugurated and the monument looks better than ever thanks to the restoration works of people who care about my country's past and who do their best to preserve its historical treasures. The political map of the region is a lot different than the one in the first half of the 19th century: if a new obelisk were erected nowadays, the lions would probably symbolize the USA and the European countries whose level of wealth and civilisation Romania can only dream to reach at the moment, but the significance of the obelisk would be the same: No matter how hard it is, we still have to try to reach for the sky! It may take us decades or even centuries to reach those heights we aspire to, but with a little boost from those lions, if they have good intentions towards us, we may do it even faster!

TAGS : The Lions Obelisk monument obelisk aspirations Romania
Let us know how you like this article. Like it and Rate it below.
194 1
0
Thanks for rating this article
0 stars - by 0 user(s)

Frederick William Hohenzollern was the Elector of Brandenburg and became Duke of Prussia. .