The Pisces and Reptile Section of Indian Museum Kolkata is Amazing 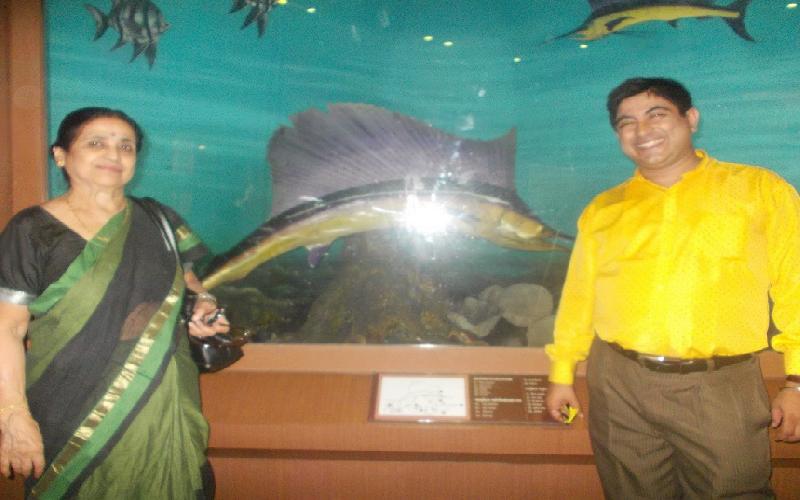 The Indian Museum Kolkata has many unique sections. The Pisces and Reptile Sections are one of those ones where children and students can gain knowledge.

The Indian Museum in Kolkata is a great museum. It is situated on Jawaharlal Nehru Road in Kolkata and very close to the Park Street Metro Station.

There are different sections within the Museum and it takes almost one day to cover at least one section. There are three floors of the museum and once the visitors buy the tickets they are allowed to visit all the sections.

Students who are studying history, geography, art, biology, anthropology, for them there is a learning experience in the museum. They can come out of the Museum by gaining a lot of knowledge.

The Pisces and reptiles section of the Indian Museum Kolkata is really fascinating. The skeletans and body parts of different types of fishes are displayed in the section. One thing which makes the museum unique is the level of classification that is done while exhibiting the section.

Again Kingdom Animalia is further classified under the head of vertebrates and invertebrates. The vertebrates, having distinct backbones are again classified into Pisces, Amphibia, Reptilia, Aves and Mammalia.

Pisces have distinct characteristics. They have streamlined body to help them to maintain aquatic life. They offer least resistance to water when they swim. Gills are the organs which help them to breathe in water. Their bodies are covered with scales which can protect them from predators. They also have fins for swimming.

In the Indian Museum Kolkata, the Pisces section had kept separate sections for sea fishes and river fishes. Their bodies are exhibited within the glass enclosures. They are named according to scientific nomenclature. For example river fishes in the form of carps are enhibited at one corner. All of them like Rohu, Katla, Mrigel, Kalbose are called by scientific names like Labeo Rohita, Katla Katla, Cirhinna Mrigala, both the generic names and specific names. Visitors can see the shapes of the fishes and recognize their individual characters. For example Katla has a big face. There is a common idiom in Bengal that those who have big faces bigger than the body they are called katla macher matha, because the head of the Katla fish is bigger than the body. Mrigel on the other hand has a bit pointed face.

The fishes which feature in ponds and lakes are also exhibited like Tangra, Parshe, Bele, Koi, Singhi, Magur, to name a few. Hilsas or ilish fishes are displayed. They are famous all over the world for Omega 3 fatty acid which is good for the heart and prevent cholesterol.

The sea fishes are very interesting. There are different varities of sharks that are exhibited within the museum. For the bigger sharks like the white shark, the body size is amended by scale because they hardly fit inside the museum. The skeletans of sharks and whales are really amazing.

The other section of the Indian Museum Kolkata which children like a lot include the Reptilia section. Reptiles are crawling animals. They are mainly adapted to life in the land than water. They are also cold blooded animals. They have dry skin covered with scales. They have developed lungs used for breathing. They lay eggs on land and their shells are leathery in nature.

The Reptilia section display snakes, lizards, turtles, tortoises, crocodiles and alligators. On thing in Indian Museum Kolkata is amazing. The reptiles are segregated according to the type of habitat they are found in. For example those reptiles which are found in evergreen forests are not found in deciduous forests. Again those reptiles which are common in mangrove forests are different from the ones found in desert lands and alpine areas. That distinction is maintained in the museum. The habitats are artificially created like mangrove forests where Sundari trees which have big roots bulging out of the water and the trees growing on water.

By seeing the face of the alligators in the museum a child can at once differentiate them with the crocodiles. Some huge crocodiles are restored in the museum. Their jaws can frighten anyone.

Different varieties of turtles are exhibited. Other than the Turtle Hatchery in Kosgoda in Sri Lanka, no other country has such a huge section only devoted to turtles. Turtles have long life span. Some old turtles are also exhibited. The snake section is mostly restricted to those snakes found in different forests in India.

One difference of seeing the skeletans of these animals in the museum with that of live animals in the zoo is that in a zoo there is no mention about the habitats, the individual characteristics, the family structure of these animals. Children generally admire animals which move in front and want to see them live. But for wild animals like crocodiles, sharks, snakes it is not possible to stand in front of them and enjoy their movements. The Alipore Zoo in Kolkata itself is the largest zoo in entire Asia. But when children go to see live animals in the zoo in cages they go with a different mind set. The movements and behaviours of the animals are seen by them.

In the museum their body parts are exhibited. So there is no fear in the minds of children to see them from the glass enclosures. From a close distance their shapes, sizes, looks can be monitored.

There is a cafeteria inside the Museum. It is obvious that visitors after one point of time get tired by watching the body parts of different animals. So they can take a welcome break in the cafeteria, get their energy back and again watch the section they want to see. The museum opens at 10 am and closes at 5 pm, six days of the week except Mondays. It is better to visit the Museum during winter season because excepting the Egyption Corner, there is no AC inside the museum. There are fans in every room which make the stay comfortable. Visitors should find time and visit the Indian Museum Kolkata with their family.

TAGS : Indian Museum Kolkata Pisces Reptile Part Street classification
Let us know how you like this article. Like it and Rate it below.
426 2
0
Thanks for rating this article
0 stars - by 0 user(s)