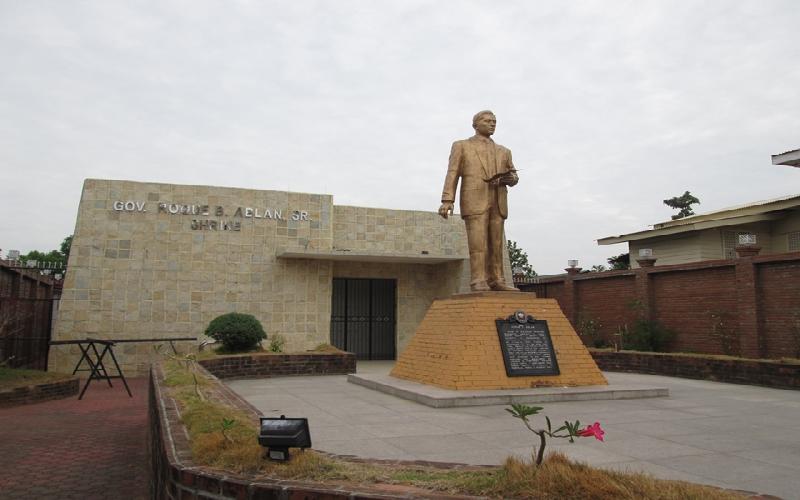 Did you know that the Ilocandia region has its own Filipino hero who fought bravely against the Japanese forces who invaded the Philippines in the 2nd World War?

Before he joined the Filipino Revolution to fight for freedom against the Japanese Occupation in our country, he first becomes the youngest Governor in the Ilocos Region. But this hero suddenly disappeared during the course of the war.

But do you know this Filipino hero who fought bravely against the Japanese forces who invaded our country during the 2nd World War?

Roque Ablan Sr was born in a poor family in Paoay, Ilocos Norte. In his childhood years, he was already engaged in hard work as a worker of a logging company is order to have extra money to finance his elementary and secondary education.

And with his hard work and dedication to educate himself, he was able to pursue his college studies in Manila to which he studied at the University of the Philippines (UP). At UP, he graduated in the course of Philosophy and Law. He also takes up the Bar exam and was able to achieved rank 9 overall.

And because of his love to the province where he grew up, Ablan return to Paoay and was engage in politics. He run for Governor of the province of Ilocos Norte and won the election.

He is just 31 years old when he grabbed the highest position on the province and was considered as the youngest Governor of the province.

During his term, Gov. Ablan had made big contribution to his home province. Two of which is the construction of a hospital and a branch of the Philippine Normal School in the town of Laoag.

When the Japanese forces invaded the whole region of Ilocandia during 2nd World War, Gov. Ablan left the Provincial Capitol and continue his governance in a disclose area between the province of Ilocos Norte and Apayao.

In his current position, Gov. Ablan coordinated with Lt. Feliciano Madamba of the Philippine Army to put up a guerilla group and continue the fight with the enemy in guerilla warfare. And the result is that, the guerilla movement proved to become an effective tool against the Japanese. Ablan and Madamba’s guerilla troops had made many attacks as well as ambushes to the Japanese and made a big blow to the enemy.

And on December of 1942, Ablan went to the province of Cagayan to meet with other Filipino guerilla leaders who fought for the country’s freedom. But from that incedent, Ablan never return to Ilocos Norte and was nowhere to be found. Until to this date, no one knows what happen to Ablan and it was  believed that Ablan was killed by the Japanese troops.

TAGS : Heroes of the Revolution Japanese Occupation in the Philippines Philippine Normal School. Guerilla Warfare Ilocos Norte
Let us know how you like this article. Like it and Rate it below.
125 0
0
Thanks for rating this article
0 stars - by 0 user(s)

Read about the major cultural organisations of Kerala here. They make some unparallelled contributions to the culture of the state..

Visiting The Mighty Beaches Of Alibaug In Maharashtra

I visited Alibaug with bunch of my best friends for a good trip, and it was so good. Stay tuned for this experience.