Why did Spain Invaded the Philippines

Why did Spain colonize the Philippines? 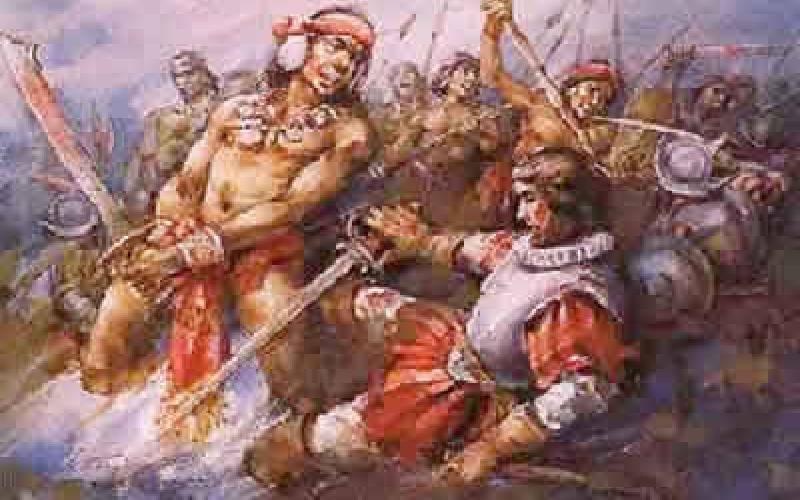 Did you know the reason why Spain invaded Philippines? In order to understand the true intentions of Spain, we need to understand first what is happening to Europe during those times.

Intention for going to the East

In Europe, there had been very important political that happed brought by the new life or Renaissance. During the Renaissance period, there had been a very fast growth in the field of trading. During the 15th century, the Europeans had developed a strong will to go to the East when they heard that the region is reach in different types of products. The European traders were attracted and lure to go to the East which includes precious stones, jewelries, silk, and spices (cinnamon, ginger and pepper). They wanted to  go to Moluccas, the place where there is a rich source of spices.

According to the research by the experts, there are three main reason and intention why the Europeans started sailing east which is symbolized by the three “Gs” – Gold, God and Glory. European countries wanted to become the richest and most powerful countries in the world.

They wanted to achieve more wealth and power by invading other countries which can be the source of wealth. They also wanted to spread Christianity to the East.

The New Demarcation Line in Europe

Portugal and Spain  had conflict with each other in terms of sea exploring. One do not want other to have advantage in getting rich or invade other lands.

To resolve this conflict, Pope Alejandro Borja VI had announced on May 3, 1493 recognizing the rights of Spain to all the lands of America. During the next day, the Pope again announced the determination of the “demarcation line” which cutting the whole world from the North Pole up to South Pole. This line crosses at the Atlantic Ocean at 100 miles west of the Azores up to the Cape Verde Island. All of the land that will be “discovered” east of the line will belong to Portugal while that will be discovered in the west side will belong to Spain. Another announcement was made by the Pope on September 26, 1493 which granted Spain to extend its power over the lands which will be discovered in the east, including India.

The King of Portugal objected the announcement made by the Pope. According to him, the Pope violated the claim of Portugal to the lands located to the east. In order to resolve the conflict between the two countries, both signed the “Treaty of Tordesillas” on June 7, 1494. Based on this treaty, the “demarcation line” was change and become 370 miles west of the islands in Cape Verde. According to this, all the lands due west belongs to Spain and the lands due east belongs to Portugal.

During those times, there are many new knowledge and tools that were discovered that were used in geography and helps in sailing. This makes the people of Europe to sail in many parts of the world. The new tools includes maps, compass, astrolabe, and caravel (fast sailing ships) and others.

Because of this, Ferdinand Magellan (Fernando Magallanes) a Portuguese explorer wanted to sail to the east using the route due to the west. He did not able persuade the King of Portugal (king Emmanuel I). And because of this, he was force to go to Spain and persuade King Carlos I about his plan. The Spanish King agreed to support Magellan’s expedition. Magellan’s expedition begins on 1519 which constitutes 5 ships  (the Victoria, Concepcion, Santiago, Trinidad, and San Antonio).

According to Pigafetta, the historian who was on the Magellan’s expedition, the expedition reached the Philippines on March 16, 1521.

TAGS : Magellans Expedition to the Philippines Demarcation line in Europe Spain's Intention of going to the East
Let us know how you like this article. Like it and Rate it below.
1.09K 1
4
Thanks for rating this article
5 stars - by 4 user(s)