Jainism: The Teachings of the 24 Jinas or Tirthankaras 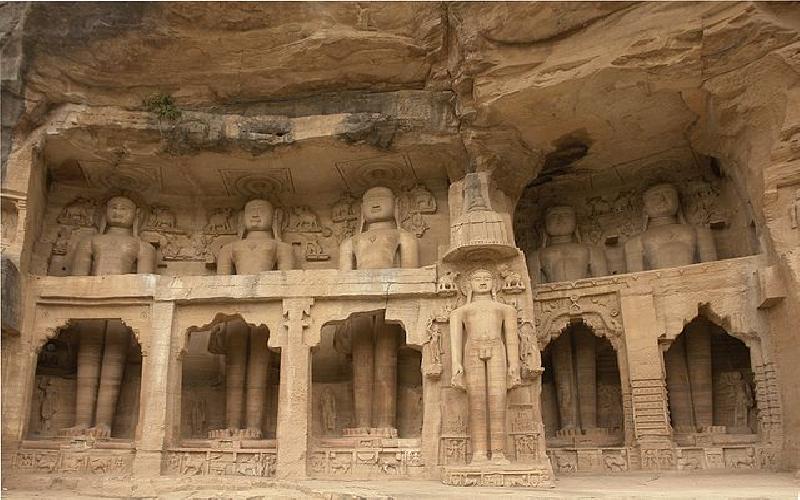 As an ancient school of spiritual philosophy that originated three millennia ago, Jainism has made immense contributions to Indian society, its values and religious beliefs. Indian society owes these values to the twenty four Tirthankars of Jainism school, the most prominent of whom the last one, Vardhman Mahavir. Many Hindu beliefs have originated from their teachings.

Jainism was one of the many schools of philosophy that thrived and evolved in the ancient Indian civilization. It evolved around three thousand years ago, even before Buddhism. Many of its aspects are common with the mainstream philosophy of SANANTANA DHARMA, which literally means 'eternal duty' and is usually referred to as HINDUISM.

The followers of Jainism are called JAINs. They follow the teachings of certain divine individuals. These individuals are referred to as JINA, meaning persons who have subjugated their human weaknesses. Jinas are also called TIRTHANKARS that literally means creator of spirituality.

Their teachings form the core of Jainism philosophy.

As per scriptures there have been twenty four Tirthankars till date, of which the last two are historical personalities whose existence is accepted by historical evidence. The last and the twenty fourth in this tradition was SHRI VARDHAMANA MAHAVIR who lived from 599 to 527 BCE. The twenty third Tirthankar was SHRI PARSVANATH, who lived between 872 to 772 BCE.

Teachings of the 24 Jinas or Tirthankars are the essence of Jainism. Most of these are common with the mainstream philosophy of Sanatana Dharma that constitutes the bulk of contemporary Hindu religious philosophy and faith. However, on certain aspects of morality and duty, Jainism places a somewhat different approach.

The major aspects of Jainism or the teachings of Jinas are as under.

(i) Jainism believes in existence of souls in all living beings. The soul is considered a part of the divine almighty power of universe referred to as God, but also has its own identity. However, such a belief makes all living beings related with divinity, and hence it becomes a duty of every person not to cause harm or pain to any living being.

(ii) The belief in soul as a part of universal divinity means that the Jain philosophy treats the universe and the almighty god or divinity as one and inseparable. Thus the world is not viewed as a creation of almighty god, but as a form of existing divinity that is inseparable.

(iii) Thus, in Jain belief, it is possible for a soul to purify itself and attain divinity or Nirvana. The 24 Tirthankars are representative of such purified souls.

(iv) The faith in divinity of soul is also the basis of extreme non-violence preached by Jainism. In Jainism, there is no scope for any violence against any living creature, and all such violence represents violence against god. Jainism is often credited with the concept of AHIMSA or non-violence, which is an integral part of Hinduism and Buddhism today. Jains not only do not eat any non-vegetarian food, they also refrain from dairy products as well as root vegetables in order to protect those plants' survival.

Jainism is an inseparable part of Hinduism, and yet Jainism also exists as an identifiable subset. Many of its philosophies and teachings like ANEKANTAVADA or the multiplicity of perspectives reflect the tolerance to different beliefs and faith that has traditionally been the hallmark of all ancient Indian religious philosophies.

DIGAMBAR TRADITION is one of the two mainstream sects or divisions of JAINISM, the other being SWETAMBAR TRADITION. The basic tenets of Jainism are similarly followed by the two traditions, but there are subtle differences in their beliefs and philosophies.

Jainism: Its Origin And Development