Jainism and Buddhism in Kerala

Jain and Buddhist religion in kerala 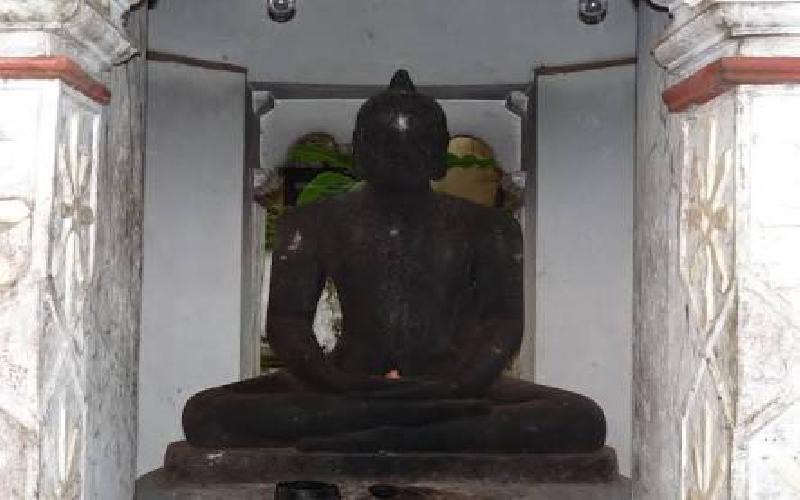 Read about the history of Jainism and Buddhism in Kerala below.

Jainism and Buddhism are two ancient religions born in India. But neither of them doesn't have great following in Kerala when compared to some other parts of India. Once both were strong here, with a substantial base of followers. But the emergence of Hinduism brought an end to the propagation of both religions. Read about the history of both religions in Kerala below.

Jainism is considered to have reached Kerala in 3rd century BC. Chandragupta Maurya left his throne in the 25th year of his reign and reached Mysore with a Jain monk named Bhadrabahu.

The disciples of Bhadrabahu went in search of a tranquil place for meditation throughout South India and spread the religious ideas. Thus Jainism spread into Kerala as well.

It is believed that a Jain temple had been situated in Mathilakam. It was later converted to a Hindu temple. There is a cave temple at Kallil near Perumbavoor. Sulthan Batheri and Mananthavadi in Wayanad district are believed to have been Jain centers in past. Wayanad is currently the district with the largest Jain population in Kerala.

The wane of Jainism in Kerala was brought on by the propagation of Shaiva and Vaishnava religions around 8th century AD. In 16th century Jainism was almost extinguished from Kerala. Most of the Jain temples were converted to Hindu temples.

The number of Buddhists is less than Jainists in Kerala. Like Jainism, Buddhism is also believed to have entered Kerala in and around 3rd century BC, during the reign of Ashoka. Many old Tamil poems like Ettuthokai and Pathuppattu have mentions of Buddhist monks' works to propagate the ideals of Buddha. The famous poem Manimekhalai is a poem with ideals of Buddhism. A number of Buddha idols have been recovered from Karunagappally, Kunnathur and Ambalappuzha, Aala and Paruvassery. The most important Buddhist temple in Kerala was Sreemoolavasam.

In about 8th century, Buddhism faced strong opposition from Vedic sholars including Sankaracharya. The decline of Buddhism started in 10th century and it almost disappeared in 12th century.

Although Buddhism have gone from Kerala, the social and cultural scene here reflect the Buddhist influence. A number of customs in Hindu temples and Ratholsavas are related to Buddhism. The Buddhist priests also encouraged education and Ayurveda.

TAGS : religions kerala history jainism buddhism
Let us know how you like this article. Like it and Rate it below.
2.27K 0
1
Thanks for rating this article
4 stars - by 1 user(s)