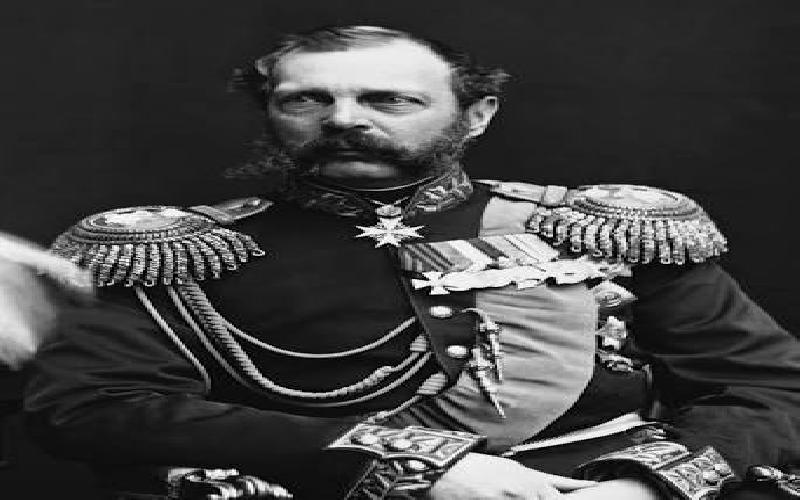 Tsar Alexander II attempted reforms that were intended to modernise Russia as well as freeing all the peasants that formed the bulk of its population from Serfdom.

Alexander II was born in 1818 and became tsar in 1855 following the death of his father Tsar Nicholas I. Alexander believed that the Russian empire had to be modernised to improve its economy and match the military power of its potential rivals such as Austria – Hungary, Britain, and Prussia (later Germany). Russia’s economy and society was backward in comparison to other European countries especially Britain, France, and Germany. The Crimean War fought against the Ottoman Empire, Britain, and France showed up that backwardness.

Alexander and his ministers came to the conclusion that the best method of kick starting the modernisation of his vast domains was to end serfdom. It allowed peasants the chance to move to the cities to work in factories. It also meant that the newcomers got exposed  to radical and even revolutionary ideas. In contrast rural villages were more conservative.

The emancipation of the peasantry did undoubtedly assist increased levels of industrial development in the Russian Empire yet did not make many of the peasants any richer. Those peasants who stayed on the land were frequently in a worse position because they had to pay rent to their local landowner as well as taxes to the Russian government. Poverty was just as a much a restraint to the freedom of peasants as Serfdom had been yet upon an informal basis. Peasants were often one poor harvest away from starvation.

Alexander II’s reign was also a period marked by an upsurge in revolutionary activities aimed at weakening or even overthrowing the autocratic Russian monarchy. The growths of revolutionary threats to the autocracy were an unintended consequence of the government’s limited economic, political, and social reforms. The last years of Alexander II’s reign witnessed a crackdown against the revolutionary groups in general and the notorious ‘People’s Will’ in particular. In response to official repression People’s Will murdered the tsar himself during the month of March 1881. His successors carried on economic reforms combined with repression until the First World War hastened the collapse of the monarchy.

TAGS : Alexander II Russia Crimean War Liberator Tsar peasants People's Will
Let us know how you like this article. Like it and Rate it below.
184 0
0
Thanks for rating this article
0 stars - by 0 user(s)