The Spirit of the Mountains Lives Within My Soul

A Trip to the Mountains- a Magical and Mystical Experience 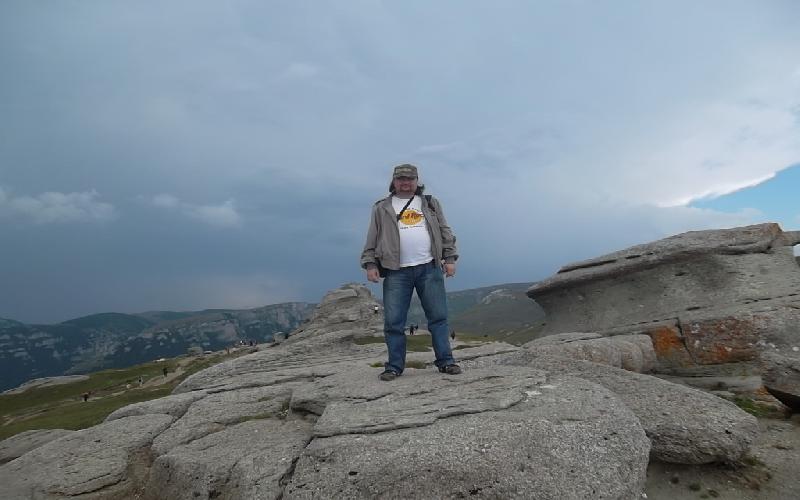 Every time I travel to a spectacular site like a mountain plateau, I fill my heart and mind with outstanding memories and I take a little piece of that mountain spirit to stay with me forever

Every once in a while(and certainly far less often than I wish) I find the time and resources that allow me to get out of the concrete box in which I live and explore the beautiful natural sights my country has to offer, and there are plenty of stunning places to choose from. Among these wonders of nature which, along with the cultural and historical treasures Romania possesses, should turn it into one of the top tourist attractions of Europe, mountains occupy a special position in my heart. They many not be the highest in the world, with the top peak reaching 2,544 meters, but their relatively small height compared to the biggest mountain chains of our planet doesn't make them less impressive.

Looking at those mountains from a distance and admiring them from the foothills represents a refreshing experience which can only become more and more interesting as you find yourself in a cable car speeding towards the plateau which lies at more than 2,000 metres above sea level, and once you get out of the vehicle which took you to your destination you seem to enter a different world, at least that is how I felt the last time I went to such a spectacular location. As soon as I set foot on the plateau and I started breathing the fresh and chilly mountain air I had the impression that I was on the roof of the world, and in fact, that is the highest altitude I had ever been to, so the feeling I had that I could almost touch the clouds was perfectly justifiable.

Once I made a few steps away from the hut destined to welcome tourists, I  felt that I could finally reach that state of detachment from social life and the stressful reality I had longed for before going on that trip. Being on that plateau, surrounded by other mountains and spectacular rock formations shaped by the action of wind and rain throughout millions of year was almost like a mystical experience, an escape into a fantastic realm of giant creatures represented by those rocks which seemed to be the guardians of the mountain and its secrets. They were more than simple geological formations for me at that moment, and if they could talk they would definitely have a lot of stories to tell about the people who had been on that plateau hundreds of years before, but their majestic silence guarantees that the mountain will never reveal most of his secrets to humans, and maybe it's better this way because, if most of those secrets were revealed, that mountain plateau would lose much of its aura of magic and mystery which makes it so exciting to visit.

On the rare occasions in which I find myself in such a unique and outstanding place I try to take advantage of every minute I have at my disposal to absorb its beauty and immerse myself in its spiritual greatness.

As time passes by very fast in such moments and I have to get down from the magical and fantastic world of the mountain I try not to leave empty-handed. I don't need a souvenir like a small rock or anything else like to remind me of the exciting experience I went through, I just try to encapsulate an extremely small part of the mountain's spirit within my soul. Thus, until I physically get the chance to return there or go to any other natural site that might fill my heart with joy and excitement once again, that symbolical piece of the mountains spirit will be there for me to help me find the strength and intelligence necessary to overcome the obstacles I will encounter on my life's path!

TAGS : mountain magic Sebastian Onciu Romania escape
Let us know how you like this article. Like it and Rate it below.
365 0
0
Thanks for rating this article
0 stars - by 0 user(s)

The Significance Of Chapra Shashti In The Lives Of Hind

The article speaks about the significance of Chapra Shashti in the lives of Hindus in different part of the world. It is celebrated on the 6th day of the month, on the waxing phase of the moon..