Pakistan: The Land of Adventure and Nature 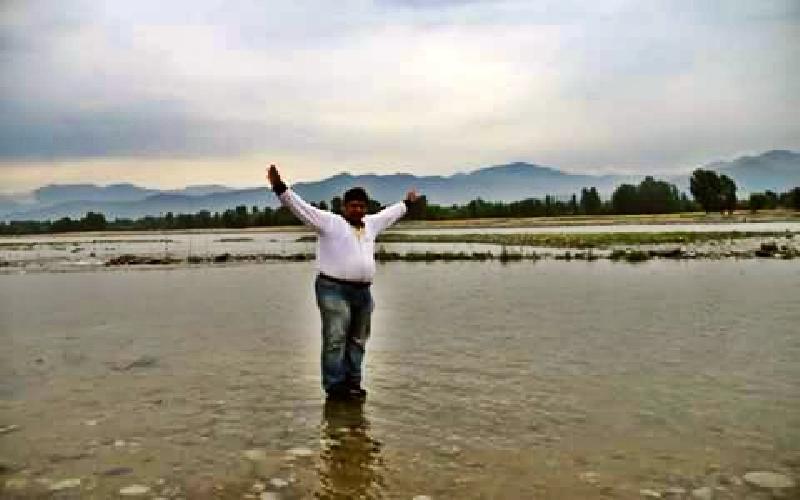 From the mighty stretches of the Karakorum in the North to the vast alluvial delta of the Indus River in South, Pakistan remains a land of high adventure and nature. Trekking, mountaineering, white water rafting, mountain and desert jeep safaris, camel and yak safaris, trout fishing and bird watching, are a few activities, which entice the adventure and nature lovers to Pakistan as tourists.

In news, always for all the wrong reasons, Pakistan, is the sixth-most populous and thirty third largest country in the world known as the cradle of civilization that has been home to several ancient cultures, faiths and dynasties, including the Achaemenid Empire, Alexander the great, the Hindu Mauryan Empire, the Umayyad Caliphate, the Mongol Empire, the Mughal Empire, and the British Empire. Even the great Indus, Mohen Jo Daro and Taxila civilization are nestled within the realms of Pakistan.

Although Pakistan has something to offer to everyone, from seashores to hustling bazaars, from vast deserts to world’s second tallest mountain K2, from historical archaeological sites to architecture, from valleys to sports everyone would have their fair share but unluckily due to negative media portrayal internationally, Pakistan tourism has suffered a lot, but since in 2010 when Lonely Planet termed Pakistan as being "tourism's ‘next big thing’ for more years than we care to remember. [But] world media headlines [always] send things off the rails", slowly and gradually things have been getting better for the tourism industry. Lately it was recorded that less than a million foreign tourists has visited the country on an average, helping to improve Pakistan’s ranking by one point in 2017 as covered in the Travel and Tourism Competitiveness Index 2017 released by the World Economic Forum.

Having said so, if you are planning to consider Pakistan as your next vacation spot, just plan it, but do consider the following dos and don’ts that may come in handy for your travel. Although, the country is in a festive mode during Ramadan, but I do not advise tourists to travel during this holy month. Although English is widely spoken and understood in Pakistan being an ex-British colony yet the local people have a distinctly local flair to their speech.

They might even break up as well, so be slow upon understanding. Although ATM and credit card machines are available almost every, but I would recommend to convert some cash in local currency upon arrival from Western Union. Also learn to polish your skills in bargaining, stay adamant, and ask the shopkeeper to cut the price, if you want a good deal to be stricken.

Do carefully plan an itinerary for all that you want to see and keep a map of it with you always. It is always advisable to do so especially when traveling to a country that has so much to offer from the majestic snow covered mountains, ancient culture, beautiful valleys or the sandy beaches. Also rent a car as the traffic and driving in Pakistan is extremely chaotic, besides, safety is also a major factor. Keep your whereabouts informed to someone in your family, or hire a professional tour guide. Last, but not the least, Pakistanis are very hospitable people, they love their guests, but at the same time, they love their religion too, so, do not discuss or talk about religion, something that may easily be avoided as for the locals are least bothered to know your faith, for them you are a guest, and that is more than enough.

After reading this what are you waiting for? Just pack your bag and land into Pakistan where I guarantee you’ll be amusingly astounded with your visit here. After all Pakistan is just not another country, it is mystically magical!

TAGS : Pakistan Vacation Holiday Travel Tourist Tourism mountains landscape river civilization empires empire visit
Let us know how you like this article. Like it and Rate it below.
197 0
0
Thanks for rating this article
0 stars - by 0 user(s)

Usman Aman is the founding member of Pakistan based SOME – Save Our Mother Earth a NGO geared towards educating the youth about environmental causes. He is also the founder of BAD – Battle Anti Diabetes. When still in his teens he got involved with beauty pageants and formed BMPOC an organization responsible to select Pakistani representatives for various international beauty pageants.

Top 5 Places To Visit In Pakistan

The top five destination to see in Pakistan as a traveler due to its wide array of scenic beauty ranging from lash green landscapes in the northern areas to historic places like Badshah Mosque that represent a rich culture of the Mughals who once ruled the area in the subcontinent.