The Biswabangla Beach in Digha is a New Sensation

Digha Beach Has Been Redesigned as Biswabangla Beach 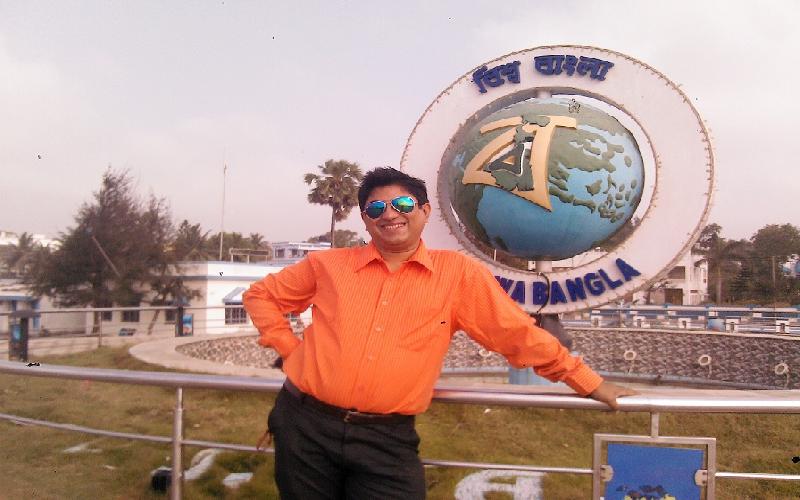 Digha remained great sea destination for last 40 years. But the Biswabangla Beach in Digha had been built 2 years ago and it had drawn many international tourists to Digha.

It became a popular destination in the 1970s, when Uttam Kumar’s hit film Bikele Bhorer Phool showed Digha extensively. After that Digha was a popular place for shooting of Bengali commercial films for the last 30 years including Mithun Chakravarty’s film Anyay Abichar.

There was one uniqueness about the beach at Digha. Due to corrosive nature of the sea waters of Bay of Bengal, rounded stones and boulders were kept at the shores so that the sea does not encroach further and eat up landmasses and man-made structures.

During Tsunami the sea waters encroached further and even touched the Digha Lodge of West Bengal Tourist Development Corporation.

There had been phenomenal development in respect of the man-made structure of the sea –shore of Digha. A big stretch of land had been converted into concrete basement.

Presently the front part of Digha Beach has a long road with fountains, green mass and coloured tiles which give a special appearance to Digha Beach. It looks beautiful.

New restaurant chains are created along the sea corridor like Barrista, Wow, etc.

Previously the shops adjacent to the Digha Beach used to consist of Kutcha structures. Presently all these shops had been made permanent. They sell local produce. The local products range from mats, carpets to couches, bags, garments made from the cottage industries and rural industries existing close to Digha.

In the evening the entire border of Digha Beach looks like a paradise. The roads are painted with white and blue colour. There are beautiful street lights. All the lights of the shop complexes and restaurants lit up. The beautiful gate in Digha Beach looks dazzling. Many people take snaps in front of the statue of globe showing Bishwa Bangla. All these developments took place over the last 3 years.

Visitors spend around 4 to 5 days in Digha. There are many tourist spots around Digha ranging from Amravati Lake to Digha Science Centre. The Amravati Lake is a beautiful lake consisting of water masses where tourists do boating. The boating communities earn a lot from the tourists during peak seasons like December, January and February.

The Digha Science Centre is a fabulous place for visitors. There are different centres, like Centre for Physics, Centre for Chemistry, Centre for Biology. Throughout the day, shows are held. Tickets are available for the different shows and the tourists pick and choose which show to attend. There are even shows which explain the regular natural events and the scientific reasons for such happenings. Students who study from Class 6 to 10, they have special attraction to visit the Digha Science Centre. They can learn a lot.

There is famous Kapalkundala Temple within 25 kilometers from Digha. There had been mention about the famous Kali Temple in the legendary novel of Bankim Chandra Chatterjee. Bengali films had shown the famous temple a number of times. Even in superhit film of Uttam Kumar titled Bikele Bhore Phool there had been a scene which depicted the Kapalkundala temple.

There is also another temple called Chandaneshwar temple which is situated at West Bengal Orissa border. Travellers take day trip to visit such temple.

Those who come to Digha they don’t miss opportunity to visit the other beautiful beaches in the vicinity. Travellers visit the Udaynarayanpur beach also called Udaypur beach which is around 25 kilometers away from Digha. There are beautiful fishing boats which are parked along the yellow sands. In the evening there is beautiful sea breeze which creates very romantic atmosphere.

Shankarpur is another beach destination which is 25 kilometers away from Digha. The place has developed as the centre for fishery. There is a government rest house named Matsagandha which shows the purpose for which the destination has been created. Different types of fishes ranging from Tuna to Hilsa, Parshe to Topse, Bhetki to Gurjali are caught in the sea waters of Bay of Bengal and transported to the fishery centre. There are dry ice factories in the vicinity. The fishes are stored and then transported to different destination including the biggest market existing in capital city Kolkata. There are brilliant forest cover adjacent to the sand masses which are fringed with teak trees, sal trees and cashew nut trees. There was a famous Bengali song of Arati Mukherjee with the words “ei jhau pata jemonti dulche, jhim jhim jhim dheu tulche”, which mentions the existence of the tree cover and beautiful breeze of the beach destination.

Mandarmani is a newly built beach destination which has a virgin beach where visitors can drive their cars. The sand mass is very big. The mohona of Mandarmani beach is even more romantic. In the evening before twilight red crabs come out of their holes and create a crimson background at the time of sunset. They are very shy and on seeing human beings they again hide in the holes. Many travelers take snaps of the red crabs in the beach. There are excellent hotels and resorts in Mandarmani like Rose Valley, Sonar Bangla to name a few.

Talsari is another beautiful beach around 30 kilometers away from Digha. The tropic of cancer passes along the land mass. It is difficult to figure out the geographical line. But the beach and the sandmass with deep blue waters of Bay Bengal makes the visitors enchanted.

Digha has brilliant hotels like Digha Lodge of West Bengal Tourist Development Corporation, Sea View, Sea Hawk, Dolphin Sea Gull and many other hotels. At one time travelers used to come to Digha to spend the weekend. Presently travelers spend 4 to 5 days in Digha because there are many tourist spots to cover and so many places cannot be covered in 2 to 3 days. Travellers should visit Digha at least once in their lifetime. They should especially use the tourist seasons starting from December and ending in mid-March. They should also few days in Digha.

TAGS : Digha Biswabangla beach beach sea Digha Lodge
Let us know how you like this article. Like it and Rate it below.
555 1
0
Thanks for rating this article
0 stars - by 0 user(s)

The US club at lands end, Colaba is a dream as nestled in pristine surroundings it is almost like a piece of cake from Honululu..

An Introduction To A Unique Travel Site: Intrepid Trave

Global travel is made easier by many travel firms. one of them intrepidtravel.com is from Australia, but services the globe.