Tajpur Beach is a Virgin Beach

Tajpur Beach is a Sensation 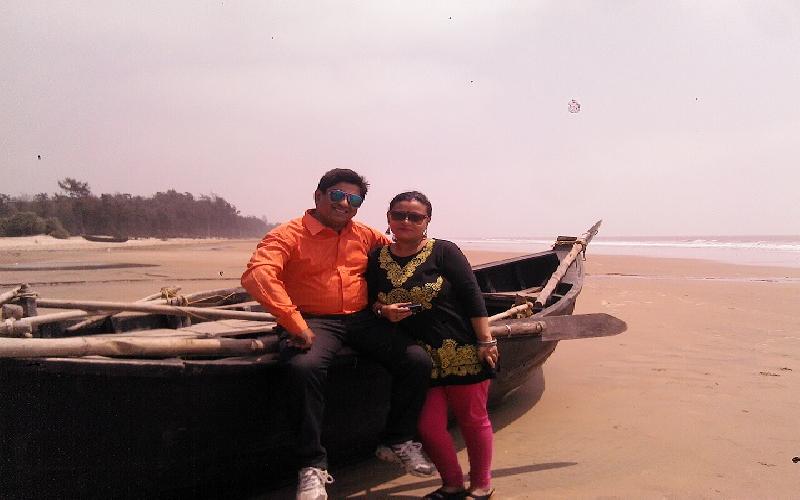 Tajpur Beach is a virgin beach, newly developed in the Southern part of West Bengal. It is 200 kilometers away from the capital city Kolkata. As it is newly developed there has not been a lot of publicity about the beach.

It is known for Matsagandha and the fisheries that had developed across the sea coast. Different varieties of fishes right from hilsa to pabda to parse to topse all are caught by fishermen and stored in dry ice and exported to different parts of Kolkata, West Bengal and even abroad. Mandarmani is a new tourist destination situated 25 kilometers away from Digha which has gained prominence over the last 10 years. Udaynarayanpur beach also called Udaipur beach is situated in West Bengal Orissa border which is 25 kilometers away from Digha. It is another beach where sunset is very charming. Talsari is another beautiful destination where the tropic of cancer passes and it is a charming sea destination of West Bengal.

While the above mentioned sea beaches and sea coasts had gained prominence and popularity, Tajpur beach is in its youth. Very little is known about Tajpur Beach.

As mentioned above Tajpur beach is situated around 20 kilometers away from Digha. There is a huge stretch of yellow sands adjacent to Bay of Bengal.

The great part of the beach is that till now it is not crowded to that extent. The sea waters are very calm. The extent of beach is very long. At the end of the yellow sands there are beautiful cashew nut trees and few coconut trees as well. The breeze coming from the sea and touching these trees create a paradise at this part of the world.

Tourists enjoy swimming in the Tajpur Beach a lot. They love the blue sea, the yellow sands and the calm quite atmosphere. The only sound that is heard is the sound of sea breeze and the gentle waves lashing at the shore.

There are few tea stalls and food stalls at one end of the Tajpur Beach but there is least noise and commotion in the beach.

The morning period and the evening period is very charming in the Tajpur Beach. There is one more attraction in the beach. Golden crabs come out of their habitat in the Tajpur Beach. They come out from holes both in the morning between 9 am to 12 noon and also come out in the evening between 4 pm to 6 pm. There are very shy by nature. The moment they see human beings they again crawl back and hide in the holes in the sands.

Tajpur beach is an excellent destination for nature photography. Those tourists who want to capture different events of nature they spend time in Tajpur beach. It is a lovely experience to capture the beautiful sunshine and sunrise in the morning. The sun setting across the horizon and the reflection falling on the sea waters is another brilliant experience during twilight. There are many marine organisms in the sea beach as well as sea waters. If the tourists are lucky they can even take a snap of jellyfishes featuring in shallow waters of Tajpur beach.

The soil in South Bengal and all around Tajpur, Digha, Shankarpur, Mandarmani are very fertile and conducive to the growth of cashew nut trees in the place. The cashew nuts that are grown over here are sold to the local inhabitants and also exported to different parts of the world. The coconut trees are also beautiful and tourists buy the coconuts which in Bengali is called daab and drink their water and also the fresh raw coconut inside the hard cover.

Tajpur is a warm destination and the tourist season begins in December and ends by early March. It is because it is 4 degrees warmer than Kolkata. In summer season when temperature in Kolkata reaches 38 degree centigrade, temperature of Tajpur reaches 43 degree centigrade. The sands get heated up and there is no charm of enjoying the place from end of March to end of November.

There are 2 sections of tourists. One group like urbanized destinations with hotels, charm of tea stalls, roll corners, food hubs, banks, working areas, for them Digha is a good destination. There is natural sea breeze at the same time a lot of amenities which attract tourists.

Those sections of tourists who are poetic in nature, who want to spend time in serene environment, they like Tajpur a lot. Tajpur is very popular for honeymoon couples. Presently a lot of Bengali films are shot in Tajpur which includes the big budget films of Deb, Jeet and small budget films of newcomers. In 2016, hit film Dumdum Digha Digha was shot in Tajpur, Digha and Shankarpur.

At the same time Tajpur requires a lot of attention. The rural road which branches off from main road in Tajpur still is not driver friendly. It requires development. More boards and advertisement hoardings are required which can draw the tourists towards Tajpur. The Totocar which travels from Digha to Tajpur gives a good ride for tourists. Visitors should visit Tajpur once in their lifetime.

TAGS : Tajpur Beach Digha West Bengal crabs sea virgin beach
Let us know how you like this article. Like it and Rate it below.
404 1
0
Thanks for rating this article
0 stars - by 0 user(s)

Jamshedpur is around 275 kilometers away from Kolkata. Visitors from Kolkata come to weekend tour to the beautiful city. 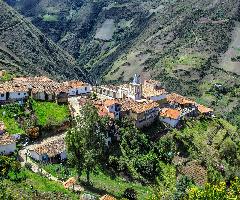 When you gaze at the magnificence of nature without care, you know you’re in the presence of something magical, and that''s exactly how you feel in Venezuela. This article brings to life a detailed perspective about tourist attractions in Venezuela.

With diversity at its best and very flexible access for the travelers, good quality hotels and resorts expanding, this rising socialist market economy has drawn remarkable attraction in the area of tourism from the outside world. Here we are going to list some of the best places to visit in Vietnam if you are planning to go to that country.