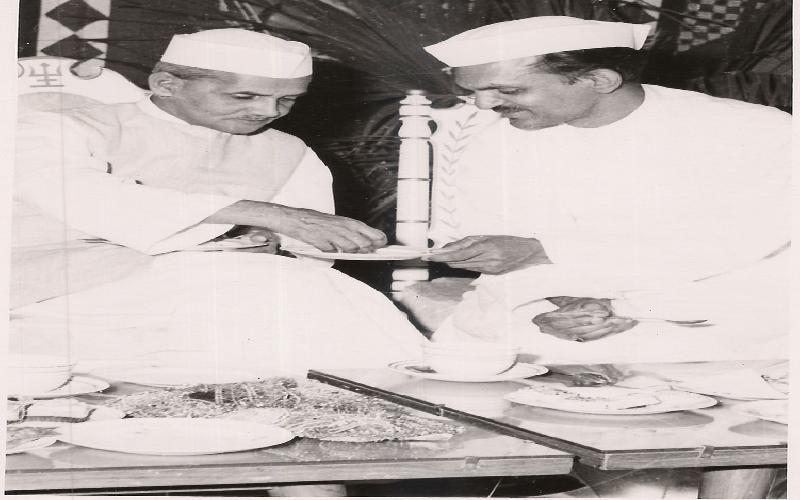 Lal Bahadur Shastry was the calm presence of the Indian politics. He was a freedom fighter, Congress leader, State minister and the Prime Minister of the country.

Shastry shares his birthday with Mahatma Gandhi, the Father of Nation. He was born in 1904 in Uttar Pradesh. He lost his father at the age of one. He completed his school education at Banares and graduated in Philosophy with first class in 1926. Shastry spent many years in Banares and Allahabad and those years brought a certain discipline in his life.

Gandhiji was the role model of Lal Bahadur Shastry.

Following the call of Gandhiji, he had become active in the freedom movement in 1921. He also became a member of Lala Lajpat Rai's Servants of People Society. He was imprisoned after taking part in Salt Satyagraha led by Gandhiji.

Shastry got elected to the post of general secretary of Allahabad Congress committee in 1930. He served as the state general secretary from 1935 to 1937. He was a member of the state legislative assembly in 1937 and 1946. Upon the independence of India, he became the first minister for health and transportation of the country. He also got elected as the general secretary of All India Congress Committee in 1951. The next year, he was elected to Rajya Sabha and became the Minister for Railways. However, following the tragic Aliyaloor train accident, he resigned from his post, accepting the moral responsibility. He also became a minister in the second ministry of Nehru, formed in 1957. Shastry was instrumental in choosing the Congress candiates in the first three general elections. Congress tasted glittering victory in all of them.

Shastry was selected to the ministry without portfolio when the health of Nehru started to detereorate in 1964. His duty was to aid the Prime Minister. But, Nehru passed away soon and Shastry was elected as the second Prime Minister of India. He led the conuntry to victory in the Indo-Pak war in 1965. His visits to Soviet Union, Yugoslavia, UK and Canada grabbed the attention of the world. He signed the Thaskent Treaty with Pakistan President Ayub Khan on 1 January 1966, ending the Indo- Pak war. The next day he was found dead.

Shastry was a perfect example of an ideal politician. His slogan Jai Jawan, Jai Kisan (Hail the soldier, Hail the farmer) is very famous. He was the Congress Prime Minister with the shortest tenure. He is also the only Prime Minister of India to have passed away in foreign soil.

TAGS : indian leaders prime ministers of india indian politics great leaders
Let us know how you like this article. Like it and Rate it below.
235 0
0
Thanks for rating this article
0 stars - by 0 user(s)

Lalbagh In Bengaluru Is A Tourists Delight.

There are many romantic destinations in Malaysia. In the capital city Kualalumpur, Istana Negara, National Mosque and National Museum are the best places.