Exploring Switzerland of the East! 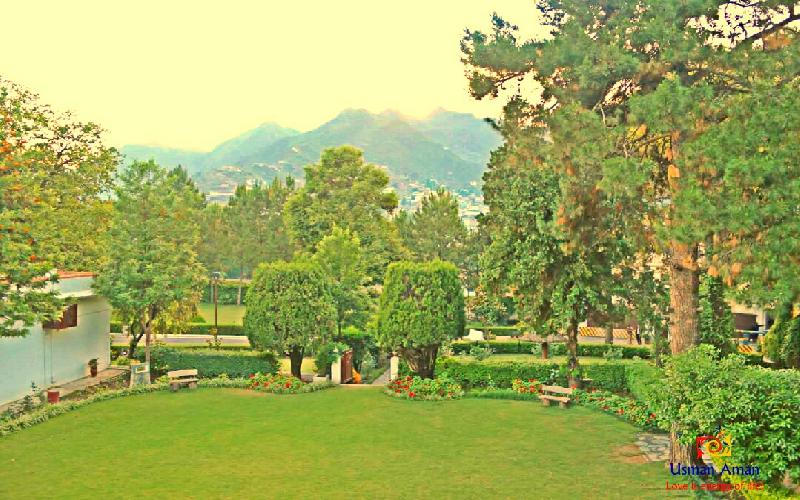 Swat, is a picturesque valley in Pakistan. Surrounded by the magnificent views of snow-capped mountains, the lush Swat Valley is truly a haven of serenity for all visitors to the area.

Travelling within Pakistan has never been my priority until last year. There may be many reasons or perhaps perception itself and media portrayal but as we say that fear of a name increases fear of the thing itself.

Say it to my Dad’s warning that if I don’t take him to Swat he will go on his own or say that the urge to tell the world that Pakistan is not what you perceive as seen on TV, whatever it maybe I agreed upon a 21 days holiday trip to this Switzerland of the East. The journey to this princely state was not an easy one totally but not something that couldn’t be achieved. The Swat Domestic Airport had been destroyed by the Taliban and the route that connected was by road from Islamabad or Peshawar. I chose Islamabad. I had pre-booked The Jasmine Suite at the Hotel Serena Swat and had made an arrangement for a pick up from our hotel in Islamabad.

To be honest this magnificent Swat valley has been at the epicentre of many tragedies, Be it the extremism of Taliban, or the natural disasters like flood or the earthquake, there's no catastrophe that has not yet run down upon the inhabitants of this state which was once known for its fourteen hundred imposing and beautiful stupas and monasteries, which housed as many as around six thousand gold images of the Buddhist pantheon for worship.

This princely state has been inhabited for over two thousand years and was known in ancient times as the Udyana. In 327 BC, Alexander the Great fought his way to Udegram, and by 305 BC, the region had become a part of the Mauryan Empire. In 1023 Mahmood of Ghazni attacked Swat, crushed the last Buddhist King, Raja Gira in battle and introduced Islam to the region.

To a crystal clear sky to a fine morning the chauffer driven car arrived from swat to pick us up. We boarded the car and hence started our five hours journey that would lead to a memorable holiday I ever had. During the drive I could clearly read between eyes of my father which were loudly saying that so much had changed since he used to frequent these areas in his youth, he mused. I could see plenty of cemented link roads, shining in the sunlight. I saw many trucks piled with vegetables and other goods on our way. I saw small canals irrigating fields and bridges erected on canals with advertisements mainly from the textile giants of Pakistan. From Islamabad Motorway we crossed Mardan and continued our travel via Takht – e – Bai crossing our way through Dargai, Malakand Pass, Batkhella, Chakdara as well as after passing through many army checkpoints and before finally we reached Mingora in Saidu Sharif the capital of Swat and as a final point arriving at our hotel.

The Swat Serena Hotel is a heritage palace turned into a hotel and is set on many acres of beautifully landscaped gardens. This palatial luxury hotel is a magnificent combination of colonial and Art Deco architecture with wide verandas and splendid views of gardens. With all modern facilities of any three plus or a four star hotel resort, and best friendly services that encompasses probably the seven star tower in Dubai in my opinion was the perfect choice for our three week residence. A destination in itself, even if you choose to stay somewhere else, you may visit this hotel for its archaelogy and historic importance, probably arrange a visit as well as have lunch here.

During these three week we visited a lot of places of recreation. Fizagat Park which is a recreational picnic spot along the bank of the River Swat, is a great spot to beat the heat and take a dive in the fast flowing ice chilled water. At a distance of 7 to 10 minutes’ walk from Swat Serena is the Swat Museum which houses an excellent collection of Gandhara sculptures taken from some of the Buddhist sites in Swat. Please do not forget to carry your original CNIC or passport if you intend to visit this place. Marghazar, a terrained valley is famous for its Sufed Mahal the white marble palace built by the first Wali (king) of Swat. It is hence been used as the summer residence for the ruling family. Queen of England was hosted there once as well. Bahrain is a must stop for tourists if they love to shop or have a look around for beautiful carved wood chairs and tables and other handicrafts. Just don’t forget that you need to have sharp bargaining skills.

Madyan is a small town settlement best known for antique and modern shawls traditional embroidery, tribal jewellery, carved wood and antique or reproduced coins are sold along the main street. The central mosque at Madyan has carved wooden pillars with elegant scroll capitals, and its mud-plastered west wall is covered with relief designs in floral motifs. A visit to Udegram is also a must. There is a cemetery that reveals complex funeral rites dating back more than 3,000 years.

Besides sightseeing, Swat is an excellent destination for trekking and hill walking. There are a number of trekking routes all along the valley. Trout fishing is a popular activity in the Swat Valley. There is much more to see and do in swat, but at the time of my visit, a lot has been damaged by the Taliban and the flood, and restoration and construction work was at its peak. I will certainly be visiting this beautiful valley again and I recommend everyone to visit this beautiful valley which is a realm of beauty and serenity.

TAGS : Swat Budha Pakistan Tourism Traveler Mountains Snow Road Hotel Heritage Palace Vacations Holidays Trip
Let us know how you like this article. Like it and Rate it below.
50 0
0
Thanks for rating this article
0 stars - by 0 user(s)

Usman Aman is the founding member of Pakistan based SOME – Save Our Mother Earth a NGO geared towards educating the youth about environmental causes. He is also the founder of BAD – Battle Anti Diabetes. When still in his teens he got involved with beauty pageants and formed BMPOC an organization responsible to select Pakistani representatives for various international beauty pageants.

There Is Huge Religious Sentiment Relating To Saraswati

The article speaks about the significance of Hindu festival of Saraswati Puja and Vasant Panchami. Academicians, students and musicians worship Goddess Saraswati for wisdom..