History of Reforms in Hinduism 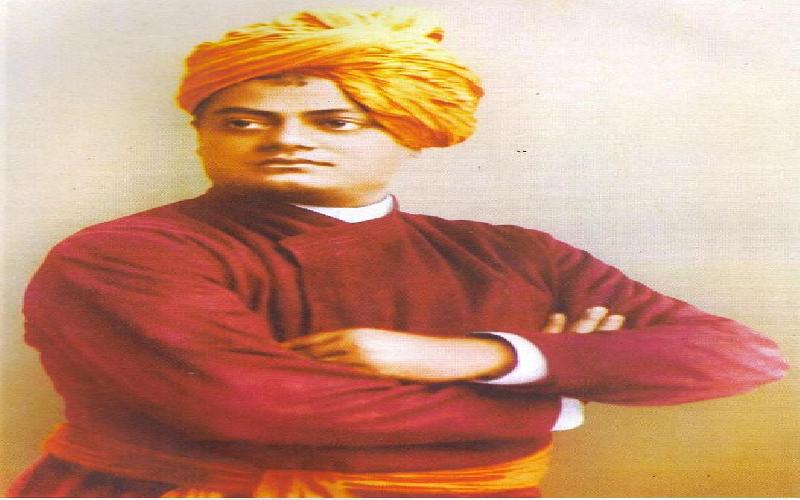 The traditional Indian society, often termed as Hinduism, is one of the most ancient civilizations that still exists in continuity. Like any other society or community, it has also suffered social and civilizational decay, yet survived. Although the reforms in Hinduism have been far from sufficient, they have significantly contributed to its survival.

Hinduism is a way of life that can be followed by everyone. In that sense, it is a very liberal religion with a very strong forward looking character and rationalism. However, like all religions, it has been dogged by traditions that became a dogma over the centuries and replaced the true spirit of awakening and welfare that always formed the core of Hinduism or Sanatan Dharma as it was called. The burden of caste, dogma and exploitation have been relieved by reforms, but a lot more needs to be done...

The long history of Hinduism is a classic example of everything that can go wrong with a religion, as well as how the problems can be tackled without undermining the religion itself. This few thousand years of history can be a very interesting source of experience for all those who may be interested in learning it.

Actually, Hinduism is not the religion, in the way we understand it. It is not based on any single tenet or text, nor does it bound itself within rigid boundaries of sermons and interpretations of any religious leaders or priests.

The word Hinduism is actually not the name of this religion.

The real name is SANATAN DHARMA, which basically means eternal duty.' The whole concept of it revolves around duty of a person. In ancient India, there were many philosophers, who devoted their life to learning and preaching what is best for the society. These accepted the fact that the duty of one person was often different from another. For example, the duty of a scholar or a teacher was very different from that of a soldier. While the latter was supposed to be at home with violence and be ready to kill, the former was expected to be tolerant, forgiving and follow absolute non-violence in his personal life. Similarly, the duties of father are different from that of a son; that of a king are different from that of soldier or a minister. Every person needs to fulfil his duties, and while doing so, they must not forget the humble existence of their own miniscule entity amidst the vastness of this universe. This, in short, is the core of DHARMA, the Indian word for religion.

The oldest scriptures of Hinduism are the four VEDAS, consisting of hymns in Sanskrit, probably the oldest living language of the Indo-European languages. They are said to have been composed between 5000 to 7000 years ago. However, the most important texts in Hinduism are GEETA and RAMAYANA. Geeta is the philosophy of Karma that was given as a sermon by KRISHNA, considered an incarnation of the almighty Lord. Ramayana is the story of RAMA, another incarnation of the Lord.

The Deterioration that Set In Hinduism

What began as Dharma many thousand years ago, saw a lot of lot of ups and downs over the millennia. The greatest deterioration came in the form of caste system. Since the earlier philosophers believed that there are differences in duties of different people, they created four sets of duties, for four different groups of people, called VARNA. The first category was BRAHMIN, the scholars, priests, teachers and advisors, who were assigned the responsibility of being the moral advisor of the society. They were to lead a very simple and pious life, refrain from accumulating wealth, keep away from all luxuries and be highly self-disciplined in their conduct. They were supposed to concentrate on learning, knowledge and wisdom, and were given the highest status in society. The second category included the warrior class, the KSHATRIYA, who were supposed to be courageous, skilled with arms and ambitious, but should respect and obey the scholars. The third category, the VAISHYA, were the traders and businessmen, who were supposed to indulge in trade and earn wealth. The last category was that of SHUDRA, the peasants and workers, who were supposed to do their work honestly, with sincerity and take care of their families.

Initially, the Varna of a person was based on what he did in life. However, in those days, most learning used to take place within the family, and since the skills of every person was different, a son of Brahmin could become a scholar more easily, while the son of a warrior tended to become a warrior. Gradually, the families of higher varna closed their gates to outsiders, and Varna became linked with family and birth. Once that happened, and as people began marrying within their own ranks, Varna got converted to caste, a separate close knit community, which started working for their own narrow interest. Thus, the society got divided, and the higher castes which were more powerful started unduly dominating the lower castes, sometimes resulting in social tensions.

Simultaneously, much other deterioration also set in Hinduism. The most important of them was a shift away from philosophy and towards the rituals. Dharma prescribed three ways of self-actualization, GYAN or knowledge, KARMA or action and BHAKTI, or devotion. Among them, bhakti, that practically meant worship and rituals, became the norm, as per the guidance of the Brahmins. These rituals gradually became more and more complex, sometimes touching the limits of weirdness and absurdity, as some Brahmins often mystified the simple ancient philosophies, to improve their own importance.

The reforms in Hinduism were carried out in two stages. The first, called the BHAKTI MOVEMENT began in fifteenth century and was lead by spiritual leaders who advocated humanity and fairness as the most important tenet of dharma, and undermined the rituals and division of castes. These spiritual leaders were all pious men and women, who had devoted their lives to the worship of Lord in their own way.

Some of them worshipped the Lord as a formless entity, like KABIR and NANAK, who spent their life composing and singing verses and rhymes in the praise of the Lord and against the ills pervading in the society. Their simple life style, their unselfishness, their total indifference to wealth or any other temptation, and their simple sermons impressed the people a great deal and made them very popular among the masses.

Other agents of this change were certain poet-singers who became popular as ideal devotees because of the way in which they surrendered and submerged themselves in their devotion and worship of the Lord. They gave rise to a wave of music and culture that became the hallmark of Bhakti movement. It included a blind poet SURDAS, a poetess MIRABAI, a philosopher writer RAHIM and a shoemaker saint RAIDAS, in addition to TULSIDAS, who wrote Ramayana, the great Indian epic poem, in Hindi which was the language of the masses.

The second phase of reforms in Hinduism were carried out by certain reformers in the eighteenth and nineteenth century. These reformers realised that Hinduism was becoming distorted, and its real philosophies were being undermined. They studied its tenets, its emphasis on humbleness, its central importance on duties and its lack of rigidity. They also attempted to reform the society of this misguided notions. Prominent among them were Raja Ram Mohan Roy, who made a reformist society called BRAHMA SAMAJ, and DAYANAND SARASWATI, who advocated going back to the original concepts of dharma and duty and discard the rituals that had grown to extent of masking the whole philosophy of dharma. However, probably the most important of them was VIVEKANANDA, the disciple of saint RAM KRISHNA PARAMHANS, who preached the philosophy of GEETA, and preached a practical way of following the essence of dharma, without getting lost in rituals or unnecessary traditional practices.

All these reformers helped remove many of the distortions in Hindu society. They were very successful in preventing Hinduism from becoming a closed fanatic religion. As a result, Indian society, which places very high significance to their dharma, is still tolerant to differences in religious belief, open to argument and devoid of fanaticism. They also helped in doing away most of the problems of caste, even though it is an evil that still survives to some extent.

Interesting Facts Of Qin, The First Emperor Of China

Read the underlying article to know some of the interesting facts about China's Emperor, Qin Shi Huang.