Philosophers Before the Time of Christ 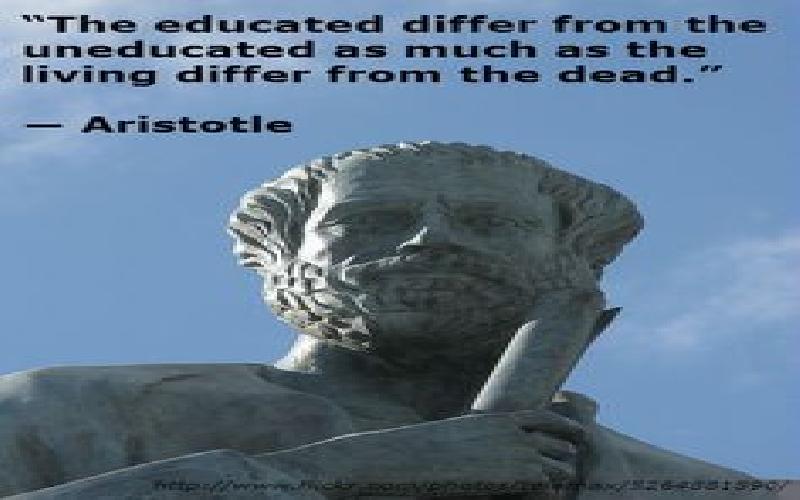 There were many philosophers who lived before Jesus Christ. Read about some of them here.

Numerous philosophers have graced the earth. There had been some great ones in Greece, Rome and China in ancient times. Here I have written about some of them who lived before Jesus Christ.

Thales
Thales lived in the 7th century BC in the Greek colony Miletos. His area of expertise was the theorems of the formation of universe. He believed that the earth was floating above a deep water-body. He said that the basic source of everything in the world was water.

Thales had deep knowledge in astronomy and geometry.

Pythagoras
Pythagoras was born in 570 BC in Samos. He believed was birth and death were alternate. He established that the spirit had no death and when somebody dies, his spirit accepts another physical body. Hence he was a pure vegetarian.

Pythagoras also was a great mathematician. Pythagoras Theorem in geometry is his greatest contribution to Maths. He thought every answer regarding the formation of universe can be discovered using maths. He died in 500BC.

Confucius
This Chinese philosopher lived from 551 to 479 BC. His Chinese name roughly translates to Great Teacher. His teachings are called Confucianism. It is also followed as a religion in many parts in China.

Confucius lived in a time where morality was declining. He urged the people to show virtue and compassion to others. The book Analects is a collection of his teachings, compiled by his disciples.

Zeno
Zeno was a Greek thinker who lived in the 5th century BC. Zeno was searcher of truth. He said that truth is unchangeable and it can't be detected by mere organs but rational thoughts.

Zeno was opposed to the views of Pythagoras in many ways. He thought that many things we consider real are only the hallucinations of our minds.

Socrates
One of the greatest thinkers the world has ever seen, he was born in 469 BC. He was a great proponent of virtue and taught about the need of having virtue in our lives. Plato was his disciple.

Aristotle's views created many enemies for him. The government sentenced him to death for creating tensions in the society. He was executed by giving him the poison Hemlock in 399 BC.

Plato
The student of Socrates, Plato was the one who popularised his teacher's views. He was born in 428 BC as Aristoclis. After the death of Socrates, Plato founded a school named Academy in Athens. It was considered to be the first university in Europe. Aristotle was a student there.

Plato argued that knowledge and faith were two different things. According to him, one could attain complete knowledge through only philosophy. He wrote the famous book 'The Dialogue'. Plato died in 348 BC.

Aristotle
Aristotle was the student of Plato. He was the teacher of Alexander the Great. He founded the school 'Lysium' in Athens. Like his teacher, Aristotle also studied about knowledge and rationalism. He gave great importance to the experiences in lives.

Aristotle had to flee from Athens as people didn't like his theorems. He died in 322 BC.

TAGS : philosophy ancient philosophers greek philosophy roman philosophy
Let us know how you like this article. Like it and Rate it below.
2.27K 1
0
Thanks for rating this article
0 stars - by 0 user(s)

The world is indeed a beautiful place. Just fall in love with it and you will know.