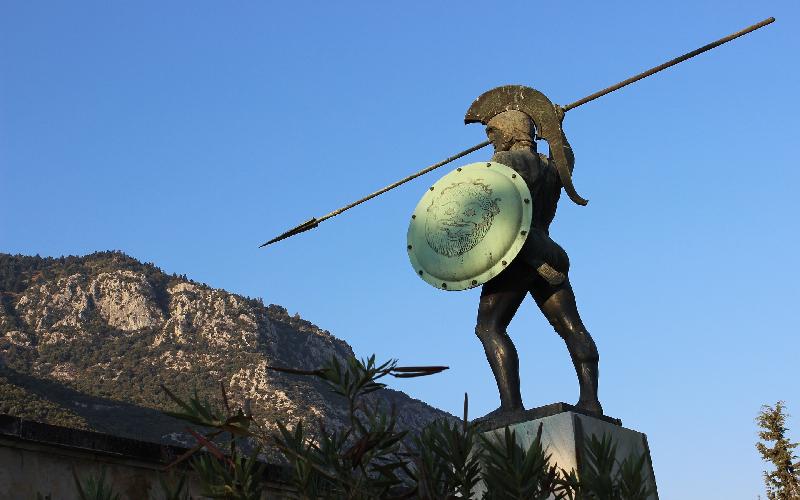 The term warrior is associated with a brave or experienced soldier, warrior king or fighter. Warriors fought battles of conquest for self or for Kings, Emperors, or influential members in the high dynasty. This article showcases an epic list of warriors and warrior kings, brave hearts who gave courage and valor new meaning.

Some of the bloodiest battles Kings and Emperors have fought and won owe a great deal to warriors. Great warriors belonging to different ranks right from soldier to King have become heroes in battle and warfare. While a number of warrior Kings found glory and honor in history’s pages, not all warriors from low ranks in armies earned the glory they deserved. A number of warrior kings have got credit for bravery and battles won; however warriors in low ranks have seldom been talked about. Without warriors it was impossible for Kings and Emperors to overcome their enemy. It required bravado and courage of warriors for Kings, Rulers and Emperors to defeat their enemy in battle.

The blood and gore on battlefields is a stark reminder that warriors and warrior kings fought a number of bloody battles in a bid to conquer territory.

Warriors, warrior kings and fighters were known for their expertise in different areas of warfare such as fighting, unarmed combat, swordsmanship, spear/pike attacks, set-piece battle, shield-wall formations, strategy, shock combat, and archery, and were influential in helping Kings, Emperors and Rulers win battles. Since ancient times Kings have considered warriors the chosen ones by God to fight battles.

A number of warriors in history were given the right to report directly to the King instead of the assigned commanders or generals. Certain warriors were given special privileges by Kings and Emperors because of their courage, bravery and expertise at warfare. Kings also hired the services of warriors or fighters to fight their battles with their armies against the enemy. History reveals battles won by Kings and Emperors were due the heroics of fearless warriors. Every ancient army equipped with the best weapons of war needed the courage and daring of warriors and warrior kings to defeat their enemy.

The exploits and heroics of warriors mentioned in the pages of history are miniscule when compared with the same of Kings, Rulers and Emperors, however, the truth is no King, Ruler or Emperor could have won their battles on the battlefield if it weren’t the bravery and courage of warriors. In all the bloody battles of armies that have taken place on earth, it was the fortitude of warriors that helped Kings and Emperors emerge victorious. The resilience, mettle, valor of fearless warriors in history is often shadowed by the glory of Kings they fought for. However, every King, Emperor and Ruler knew it all too well that it was impossible to exploit and defeat the enemy without warriors.

The lines below are an ode to the greatest warriors and warrior Kings, their courage, determination and bravery cannot be expressed in words. The list also includes heroes and warriors from mythology.

The list is not an attempt at ranking warriors or warrior kings rather a celebration of glory each deserves.

TAGS : warriors and warrior kings deadliest warriors warriors from mythology fearless warriors in history kings and emperors battle of armies battles on the battlefield battles for kings expertise at warfare
Let us know how you like this article. Like it and Rate it below.
2.69K 0
0
Thanks for rating this article
0 stars - by 0 user(s)

Thank you for visiting my profile. I am a Freelance Content Writer. I like to learn something new every day. When I’m not at the computer, I’m either reading or on vacation. I dwell in peace, I hope you do too. My Favorite Quote “When you talk, you are only repeating what you already know. But if you listen, you may learn something new.”- Dalai Lama

India is one of the richest countries in terms of history and heritage. The nation has witnessed rise and fall of myriad kings and kingdoms.