All the mosques in Malda are outstanding. 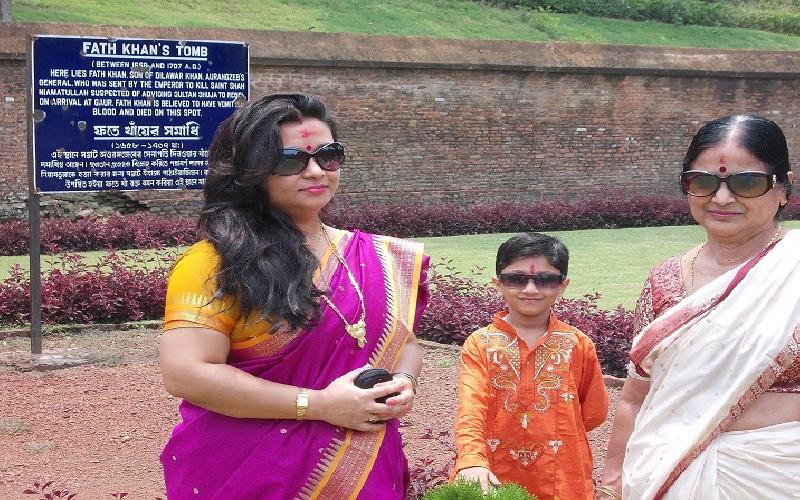 The article speaks about the historical importance of the Qadam Rasool Mosque, the Chika Mosque, and the Feroz Minar in Malda as they are important monuments having historical value.

Gaur in Malda attracts many visitors from different parts of the world. There are a lot of historical places in Gour. Kadam Rasul of Gaur is also important for its place in the development of the Bengali regional style of architecture, which reached its maturity under the Sultanate. Designed like a hut, it is a square room with verandahs on three sides. The central domed room contains a small, carved pedestal of black stone that holds the relic.

It is believed at that place in Gaur in Malda, the foot prints of Prophet Mohammad was existant.

The Feroz Minar is an architectural wonder. It has certain resemblance like that of the Qutub Minar in Delhi.

Feroz Minar is situated within 5 kilometers of the Kadam Rasool Mosque, the Lukochuri Masjid and the Chika Mosque.

It is around 15 kilometers from the city of Malda. The Feroz Minar was built by Sultan Saifuddin Feroze Shah during 1485-89. It is adjacent to the Dakhil Darwaza in Gour which is 20 kilometers away from Malda.

Feroz Minar is 26 meters high and 19 meters in circumference. The first three storeys of the tower have twelve adjacent faces each, and the uppermost two storeys are circular in shape. A spiralling flight of 84 steps takes one to the top of the tower. These days visitors hardly climb the steps.

The Chika Masjid is at the vicinity. Sultan Yusuf Shah built the Chika Mosque in 1475. The name originated from the fact that it used to shelter a large number of chikas, or bats. Noted for enamelled bricks, in its cornices, Chamkati Masjid is a small mosque with a single dome and a three-entranced verandah in front.

It is a single-domed edifice, almost in ruins now. The beautifully ornate carvings on the walls and the images of Hindu idols on the stonework of doors and lintels are still partly visible.

It is really sad that most of these historical monuments are not well maintained. But historically there is a lot of value attributed to the architecture and art of the monuments built during the Tughlaq period and they can highlight the lifestyles of the persons living during the 14th and 15th century in India.

TAGS : Qadam Rasool Mosque Chika Masjid Feroz Minar Malda
Let us know how you like this article. Like it and Rate it below.
4.4K 1
0
Thanks for rating this article
0 stars - by 0 user(s)

Why Did Spain Invaded The Philippines

Did you know the reason why Spain invaded Philippines? In order to understand the true intentions of Spain, we need to understand first what is happening to Europe during those times. .

Comparison Between Radhanagar Beach And Coral Beach In

The article compares the scenic beauty of Radhanagar Beach with that of Coral Beach of Coral Island and Red Skin island which are in Andaman and Nicobar Islands..