The Rosetta stone, the Hieroglyphics Writings and the Ancient Civilizations 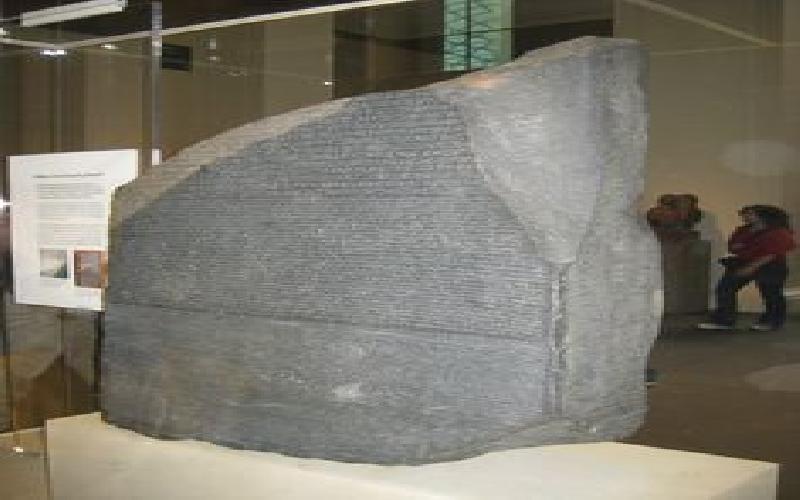 We may have heard the Rosetta stone before but never understand what it means and what is its significance to our history. This article explains the importance of the discovery of this piece of black slab in understanding the ancient civilizations of man.

The Ancient Egypt was considered as one of the greatest civilization of the ancient times. Man had begun to unearth many monuments, buildings, artifacts and treasures that link back to this ancient civilization. And many of these artifacts comes the strange type of writings but no one had been able to read or understand them. And despite the man’s evolution in terms of technologies and modernization, no one seems to figure out how to read or understand them.

After the times of the ancient Greeks civilization, there were no other big efforts made to understand these writings until the 17th century.

During this time, many scholars gather and worked together to better understand these writings. But the result was of no success.

And in 1799, a great discovery was made that changes history. A black slab of stone was found near one of the mouths of the Nile River. The slab of stone had lain on that spot for many centuries until man discovered it. The stone was named the “Rosetta Stone” after the town where it was found.

But what in the Rosetta Stone that make it so valuable to mankind? This is because the stone contains written messages that were written in three different languages. The first one was on Greek, the second was in hieroglyphics and the third one was written in a form of Egyptian writing called demotic. The demotic is an abbreviated form of hieroglyphic.

From that point onwards, there was an intensive studies conducted in the attempt to understand the writings. From that point, the Greek texts can now be read and understood. By comparison, the long lost secret of the hieroglyphic writings was finally revealed and understand. And the man who was given the credit for doing this was a brilliant young Frenchman named Jean Francios Champollion in 1822.

As a result of this breakthrough, historians today was now able to trace life, customs, cultures and religions of the ancient Egyptians civilization as far as 3500 BC. This is because the hieroglyphics writings were one of the earliest forms of Egyptian writings and one of the world’s oldest known system of writing.

In its basic form, the hieroglyphics writings are in a form of picture writings where each picture represents an object. And as time goes by, this form of writing had evolved to which the Egyptians later wrote down words, ideas, and sounds.

TAGS : the Rosetta stone what is a Rosetta Stone what is hieroglyphics? how does the rosetta stone linked with ancient Egypt?
Let us know how you like this article. Like it and Rate it below.
3.08K 0
0
Thanks for rating this article
0 stars - by 0 user(s)

India is one of the richest countries in terms of history and heritage. The nation has witnessed rise and fall of myriad kings and kingdoms.