The Splendor of Indian Architecture 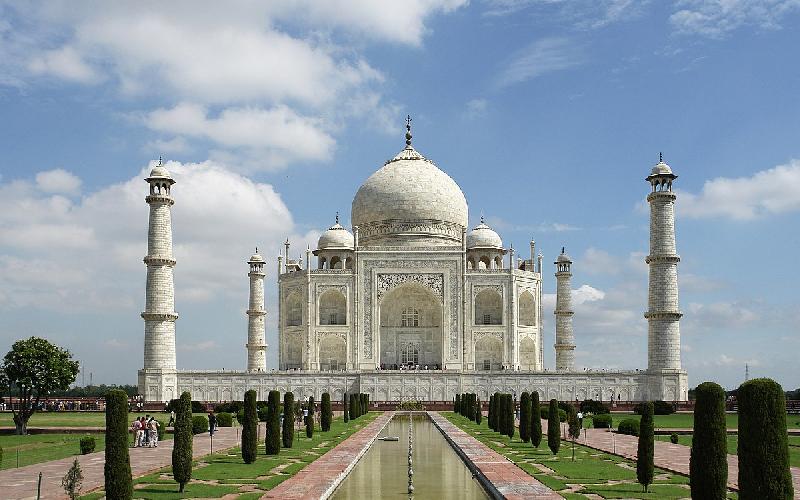 Architecture is perhaps India’s greatest glory. The Hindu temples have two types of roof: the pyramidal and the curved. The pyramidal temples are known as vimasas (sanctuary), with the roof covered by a cupola. These are found in the Deccan area. The square-plan temples with curved roofs in the form of a beehive are found in the north and the south, as far as Madras. This form of roof was known as sikhara. Inside the temple is a tiny square sanctuary, the abode of the god.

The great temples of India are composed of several buildings grouped within a single or several enclosures. They are all on one level and the base of one building is rarely shared with another. The structure rises directly from a low pedestal. The buildings are not symmetrically aligned and sometimes lack a coherent architecture. This is due to the fact that the groups of temples were built one by one over centuries and the scheme was modified to suit the needs of the believers.

The use of stone and brick extended the range of architectural forms and enabled the temples to soar higher and higher.

Relief sculptures are integrated with architecture. These figures such as those of Shiva, the Lord of the Dance, are made of stones that decorate the temple walls.

Among the most renowned monuments are the many cave temples carved from the rocks.

The Ajanta caves are Buddhist rock-cut cave temples and monasteries in Western India. The temples were hollowed out of granite cliffs. The group of 30 caves was excavated between the 1st and 7th century C.E. the caves were celebrated for their fresco-type paintings depicting the colorful Buddhist legends and divinities.

Buddhism greatly influenced the architecture and sculptures of India. The stupa, originally an artificial mound placed over burial ashes of the monarch or other important persons, is considered sacred architecture by the Buddhists. The Great Emperor Ashoka (269-232 B.C.E.) is said to have built many stupas or Buddhist temples to hold the relics of Buddha throughout India.

India’s history and development of architecture can be associated with the stupa. An outstanding example of the stupa is the Great Stupa at Sanchi. It is in the shape of an inverted bowl which recalls the begging bowl of Buddha. The dome rests on a circular drum rising to a height of 50 feet.

Muslims from Iran and Turkey occupied India in the 8th century. They introduced Muslim-inspired architecture. The most splendid example of Muslim architecture in India and elsewhere in the world is the Taj Mahal in Agra. It is known worldwide as an architectural masterpiece and the most beautiful building in the world. The building is a marble tomb built by Shah Jahan for his beloved wife, Mumtaz Mahal, in 1632 C.E. for 22 years, 22,000 workers were forced to labor on it.

The Taj Mahal is a mausoleum in white marble which changes its delicate shades in response to the atmospheric light, from dawn to moonlit summer night in Agra. The mausoleum consists of a central structure with a high dome framed on both sides by copulas and stately minarets. The mosaic walls, ceilings, and tombs are inlaid with precious stones like emeralds, rubies, diamonds, topaz, agates, pearls, and lapis lazuli. The white marble finish of the buildings shines like a diamond as it reflects its image on a pond in front.

Many countries in Asia inherited from India the same cosmological conception. They translated their sacred texts and interpreted them with their own building traditions. The most brilliant temples that followed the cosmic order were constructed by the Khmers. These appeared like pyramids with steps. In Cambodia, the central mountain of the temple complex became the sanctuary; the concentric chains of mountains became the enclosing walls. The whole temple complex is perfectly coherent unlike its origin, the Indian temple complex. It shows that the Khmer temple is a true reproduction of the divine world.

TAGS : Ajanta caves Great Emperor Ashoka Great Stupa at Sanchi Taj Mahal in Agra Indian Architecture
Let us know how you like this article. Like it and Rate it below.
492 0
0
Thanks for rating this article
0 stars - by 0 user(s)