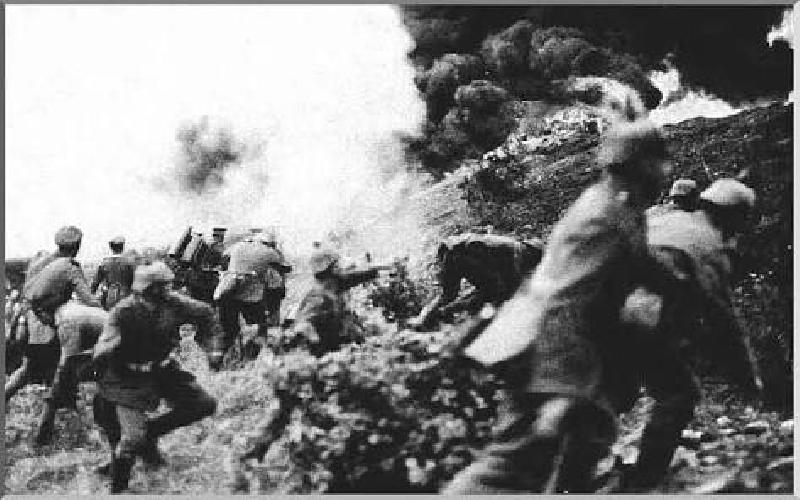 The First World War was something that brought change to the world on an enormous scale. Read a brief history here.

It was a hundred years ago, when the world was taking its first steps in technology, a war which shook the entire globe commenced. The last July was the centenery of the First World War which cost 10 million lives and amputated more than 30 million. No one can pinpoint a certain reason for the start of the gruesome war. It was a follow up of the various conflicts generated between the coloniolist powers.

In the beginning of the 20th century, Germany showcased a remarkable progress in industrialisation and military expansion. This made British empire disturbed. They allied with Russia and France who were also wary of Germany's progress.

There were also many border issues between Germany and France. On the other side, Germany formed alliances with Austria-Hungary and Italy.

Both allies accumulated arms as much they could possible and the tension in Europe was tangible. On 28 June 1914, the heir of Austria- Hungary, Arch Duke Ferdinand, and his wife were assassinated by a Serbian student named Gavrilo Princep. It was the Serbian nationlists who were behind the assassination. Austrian empire asked Serbia for an explanation. But Serbia, already an enemy of Austria, neglected the demand.

In the early stage, Germany made great progress. However, they soon lost the upper hand and the allied powers began to retaliate in more strength. In the light of the 1917 revolutions, Russia withdrew from the war. Britain and USA continued their winning campaign against Germany. By mid September in 1918, it was clear the war would end soon. Austria- Hungary, Turkey surrendered initially and Germany followed soon. On 11 November 1918, the treaty to end the war was signed. But it was officially recognised by the Treaty of Versailles, signed on 28 June 1919.

The war lasted four years, three months and fourteen days. Millions of people lost their lives and many more got wounded for life. All the nations plundered into poverty. Many people were conscripted for military. According to Versailles treaty, Germany lost many of land in its possession. It was divided between France, Belgium, Poland and Denmark. They had to pay for the damage in other countries and German Navy was disbanded. Many of the royal powers lost the reign in the warring countries.

The first World War also led to the formation of an international organisation. League of Nations came into existence in 1920. There was no name for this war first. It was only after another war, greater in scale, this war began to be dubbed as the First World War.

TAGS : world war I world war history wars
Let us know how you like this article. Like it and Rate it below.
178 0
0
Thanks for rating this article
0 stars - by 0 user(s)

A Brief History Of Nalanda University

Nalanda was one of the prominent universities in Ancient India. Read a brief history of the institute here..