The Safari World in Bangkok has many live events.

In addition to animals the elephant show, orangtang show in Safari World are awesome. 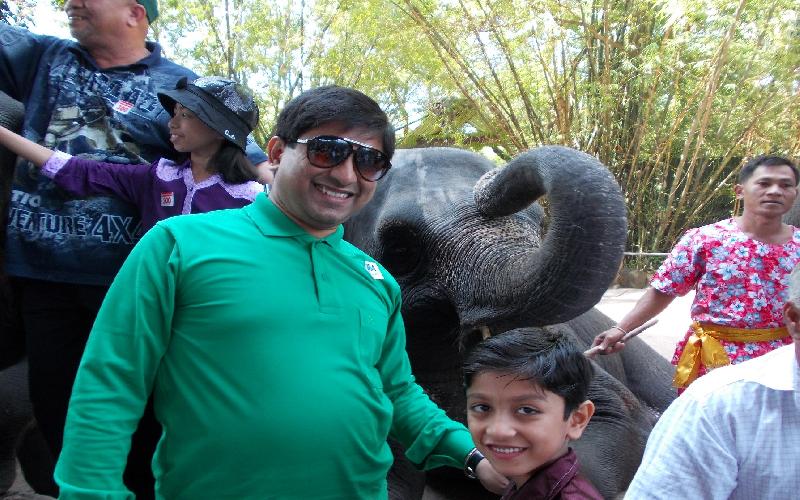 But in Bangkok Zoo the visitors can see other attractions. The elephants paint pictures in Bangkok Safari world. They are given white paper and brushes. They paint trees and flowers with the same paint and brushes. It requires huge amount of skill.

There is a separate Orangutan show. Orangutans are trained to play the drum. They play the drums in right rhythm. They also do wrestling with each other. Every seat of the big stadium gets filled up to see the performances of Orangutan.

The sea-lions also show their performances. In a small lake fishes are thrown. The sea-lions swim in the water, catch the fishes and eat them. The great part of the sea-lions is the knowledge of eating them in the right rhythm. Music is played, trainers start dancing and at the same time the sea-lions dance and do summersaults with them.

There is also a beautiful penguin show. The penguins also dance according to rhythm of the music that is played before them. They adjust to the environment and jump and show acrobatic skills.

The best live show in the Safari world is the Spy war show. The entire shooting set up for a film is done in front of the visitors. The heroes show martial art. They jump from cliff into water. The different guns, cannon and other weapons are exploded in front of the crowd. The stuntmen show their stunts. Even the actresses show their acrobatic skills. Viewers feel that they are almost watching a Hollywood film.

At the end of the shows, the visitors are taken in jeeps and other closed vehicles to show the wild and less-wild animals. The lions, tigers and the other ferocious animals are kept at one part. There are stone walls which separate the extreme wild carnivorous animals with the herbivorous animals. Deers, giraffes, zebras and the harmless animals are kept at the other part. Visitors can only see them. They are not allowed to come out of their vehicles to touch them. At the same time there are animals in the cages including walruses, white tigers, camels, etc.

If a visitor enters the Bangkok Safari World in the morning around 9 am, he cannot come out of the Safari World before 5 pm. There is so much to see and also huge distance to walk.

TAGS : Thailand Bangkok Safari World
Let us know how you like this article. Like it and Rate it below.
2.28K 1
0
Thanks for rating this article
0 stars - by 0 user(s) 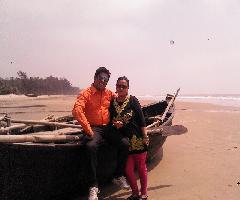 Tajpur Beach Is A Virgin Beach