Netaji Subhash Chandra Bose was a hero of heroes.

Why is netaji subhash chandra bose known as the hero of heroes? 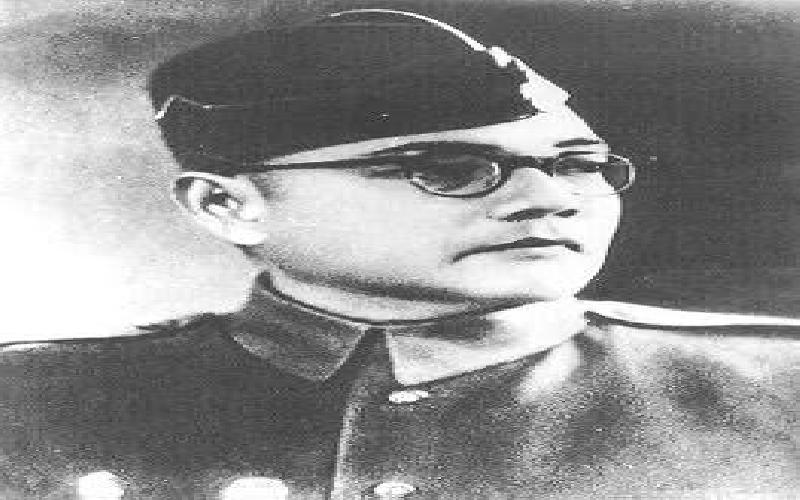 The article speaks about the love for the country of Netaji Subhash Chandra Bose. The country has forgotten him. But he was a hero of heroes. He fought till his last breadth for the motherland.

There are many leaders of freedom movement of India whose contribution is given more eminence and importance in foreign countries than in India. Netaji Subhash Chandra Bose heads that list. Incidentally today, 23rd January is his birthday. It is celebrated as deshprem divas, in Bengal. But unfortunately there is no public holiday in India declared one the name of this giant of giants, who after Mahatma Gandhi could sway the crowds with every words of his speech.

Regarding his achievements, it can take several books to highlight the great deeds. In 1927, he secured the place of general secretary of Indian National Congress.

Due to his difference with Gandhiji in the context of liberating the country active force as opposed to ahimsa he could not continue for long in Indian National Congress. Even after being voted for President of the party, Pattabhi Sitaramaya had to be considered for the post.

He formed his own party Forward Block in 1939. In the early 40s, during 2nd world war, when he protested against Viceroy Lord Linlithgow’s decision to declare war on India’s behalf, he was send for house arrest by the British Government. He took the disguise of a pathan and then went to Germany with the Italian passport mentioning his name to be Orlando Mazzota.

He formed the Azad Hind Fauj and Jhansi Ki Rani Vahini with Indian prisoners of war in Germany, Japan and other countries. He was a big admirer of Swami Vivekananda and believed in the power of the youth. He took over the leadership of Indian National Army originally formed by Rash Bihari Bose. His motivational speech given in 1944 to the members of the Azad Hind Fauj saying give me blood I will give you freedom still creates shiver across the spines of numerous Indians even today. He studied BA with philosophy from University of Calcutta. He came out with flying colours in the Indian Civil Service Exams. He ranked fourth in the exams.

It was a tragedy that Germany lost in the 2nd world war and after that the US bombing of Heroshima, Nagasaki resulted in Japan’s downfall. Netaji’s own flight Japanese Mitsubishi ki-21 bomber caught fire and he died out of flight crash in Taipei in 1945. Had that not happened may be Netaji’s efforts would have brought India freedom before 1947.

It is a pity that Netaji is not remembered for his immense love for the country. He is categorized amongst numerous other freedom fighters. If the sacred soil of India had given birth to one Mahatma, India had given birth to only one Netaji. Their roads were different. But India attained independence due to the effort of both the giants. The South East Asian countries like Singapore, Malaysia regard him with high esteem. His house in Cuttack is converted into Museum. The countrymen should follow his idols for making a prosperous country.

TAGS : Netaji Subhash Chandra Bose Indian National Army Azad Hind Fauj Gandhiji
Let us know how you like this article. Like it and Rate it below.
1.9K 1
0
Thanks for rating this article
0 stars - by 0 user(s)