Trivandrum Zoo in Kerala is Birds and Animals Delight 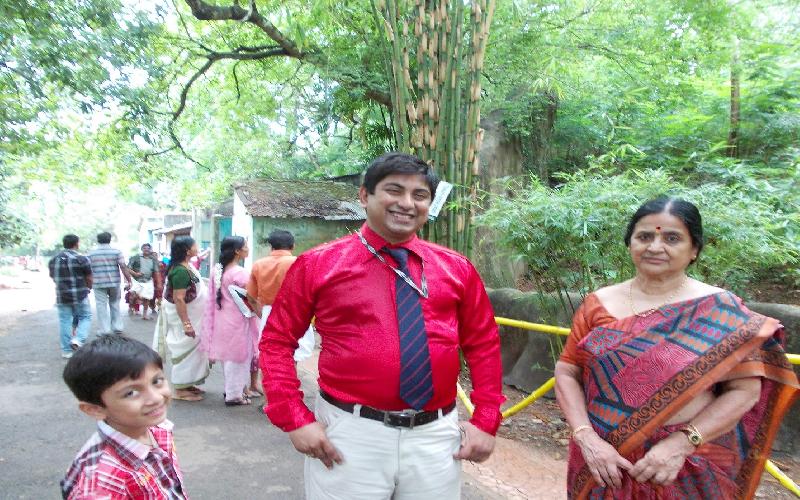 The article speaks about the different varieties of animals and birds in the Thiruvananthapuram zoo. It is one of the well maintained zoos in India.

Kerala is called God's own country. The entire state has different types of topography. Right from backwaters in Alleppey to mountains in Munnar, to sea beaches of Kovalam, to urbanized destinations in Trivandrum, Kerala is a delight for tourists. The British city of Trivandrum, the present capital of Kerala, had many notable things to see. The new name of Trivandrum is Thiruvananthapuram. The British Government made many structures in Kerala and when visitors see Trivandrum they see many remains of the colonial rule.

Other than beautiful beaches and romantic sands, the city has a beautiful zoo.

Children all across the country and tourists also come to visit the Trivandrum Zoo. The value of the entry tickets are nominal. During season time, huge queues are formed in the ticket counters. There are a lot of foreign tourists who come to visit Kerala and in turn visit the zoo in Trivandrum. The white tigers in the zoo are wild and healthy.

The Elephants in the zoo are worth seeing. There are huge varieties of apes in the Zoo. The types of apes include monkeys, baboons, gorillas, orangutans, to name a few. They are very well maintained and fed well in the zoo.

The Herbivorous Animals in the zoo are very sweet. Deers, camels and giraffes adorn the zoo. They are kept in enclosures where they can graze well.

The Rhinoceros in the zoo attracts huge number of children. They are harmless and from their external appearance it is evident that they have a very thick skin. The crocodiles are kept in separate enclosures. They are dangerous so safety measures are taken to see that they don’t create any damage to the visitors.

There are huge varieties of birds maintained in the zoo. Right from peacocks to pigeons, to macaws and mynas, there are a huge number of colourful birds. They are kept in separate cages and the visitors can enjoy their appearances.

The most fascinating part of the zoo includes the water park. There are beautiful aquariums where different varieties of fishes are kept. The visitors are supposed to pay separate entry fees to the zoo authorities to enter into the water park.

The fishes are very colourful and they are provide with their food inside the aquariums. November and December are the best season to visit Thiruvanantharam. As Kerala has tropical climate, during summer months it remains hot. Many visitors come to visit the place in June, July, also.

TAGS : Trivandrum Zoo Kerala Thiruvananthapuram
Let us know how you like this article. Like it and Rate it below.
3.3K 1
0
Thanks for rating this article
0 stars - by 0 user(s)

Bajirao Mastani had won majority of awards including Filmfare Awards in 2016. But it is sad to gain popularity, the historical facts relating to life of Kashibai, Baji Rao 1 and Mastani were distorted to huge extent..

DIGAMBAR TRADITION is one of the two mainstream sects or divisions of JAINISM, the other being SWETAMBAR TRADITION. The basic tenets of Jainism are similarly followed by the two traditions, but there are subtle differences in their beliefs and philosophies.

Thanks Nbillet, yes it is great to visit Trivandrum Zoo. I was touched by the fact that the animals were really fed well.

Sounds like an exciting place. I hope one day to see in person all these various animals. I am happy that they are being cared for properly. Thanks for sharing the information.

Dear Paoloseji, thanks for the encouraging comments. Once you visit the zoo you will appreciate the maintenance and care taken in the context of the animals and birds.

A very good zoo. I tried to visit it last year when I came to India. But could not. Thank you dear. Hope to avail your friendship.

The animals and birds in the Thiruvananthapuram Zoo are well fed.