The 7 Wonders of Modern World

What are the 7 wonders of the world today? 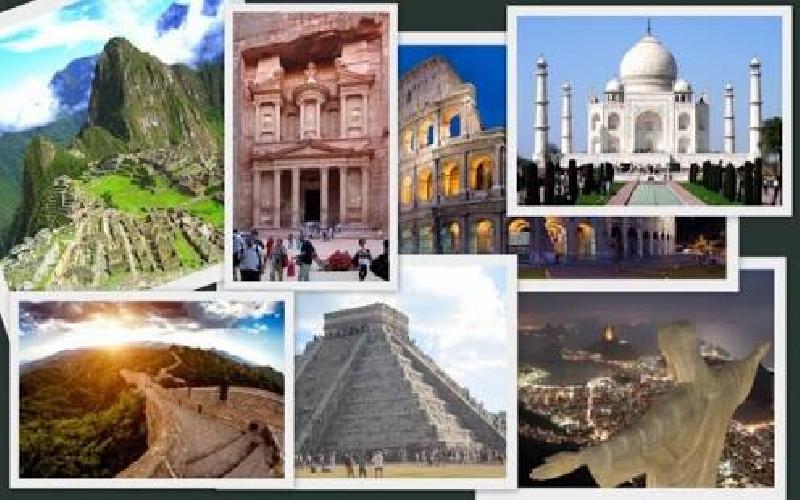 Read about the 7 wonders of modern world. They have immense artistic and historical importance.

The popular temple city in the island of Yukatan in Mexico. It was the culturally and financially important city of Mayan civilization. El Castilo, ball game courts, temples of warriors and Las Monges palace are the attractions of here. The city was rediscovered in the 19th century. The architecture here is a mix of Mayan and Toltek styles.

The 38 metre tall statue of the Christ is situated on the top of Corcavado Mountain in Rio de Janiro, Brazil. Measuring a weight of 700 tons, it was completed in 1931.

The statue ws designed by French-Polish sculptur Paul Landowski. In 2006, a Chapel was opened beneath the statue.

The ancient city in Jordan, on the border of Arabian Desert. Known as Rose Red City, its ancient name was Rekkem. The place was the capital of Nabatian Empire. The earthquake of 363 AD is believed to have destroyed a better part of the city. In 1812, it was rediscovered by Swiss explorer Johan Ludwig Barkadt.

The Great Wall of China

The only manmade thing visible from the Moon, the Great wall is the longest man-made construction in the world. 6400 km long, it was built between the 5th century BC and 16th century AD, during the reign of many dynasties. The most important parts were built during the reign of Shih Huangh Ti between 220 and 200 BC. The purpose of the wall was to prevent the Mangolian invasion.

The gigantic amphitheatre in centre of Rome was a symbol of the Roma empire. Having begun in 70 AD, its construction was completed in 80 AD, during the reign of king Titus. It can hold about 50,000 persons. It used to be used to host the shows of gladiators. It suffered extensive damages in the fire of 217 AD and the earthquake in 443 AD.

This medieval city was built in 1450 at the time of Inca Empire. It is situated at a height of 7970 feet near Urimbava in Peru. It remained undiscovered for about 3 centuries after the fall of the empire. It was brought to world attention in 1911 by archaeologist Hiram Bringham.

Taj Mahal is the memorial of everlasting love. Great poet Rabindranath Tagore called it as a teardrop of time. It was built by Mughal emperor Shah Jahan in memory of his late wife Mumtaz Mahal. It is situated on the banks of river Yamuna, in Agra. The construction began in 1632 and took 16 years for completion. Islamic, Persian, Turkish and Indian architectures are blended in this beautiful building.

TAGS : world history world wonders ancient world medieval world
Let us know how you like this article. Like it and Rate it below.
143 0
0
Thanks for rating this article
0 stars - by 0 user(s)

The Significance Of Chapra Shashti In The Lives Of Hind

The article speaks about the significance of Chapra Shashti in the lives of Hindus in different part of the world. It is celebrated on the 6th day of the month, on the waxing phase of the moon..