The National Emergency of 1975 in India

National Emergency in India in 1975 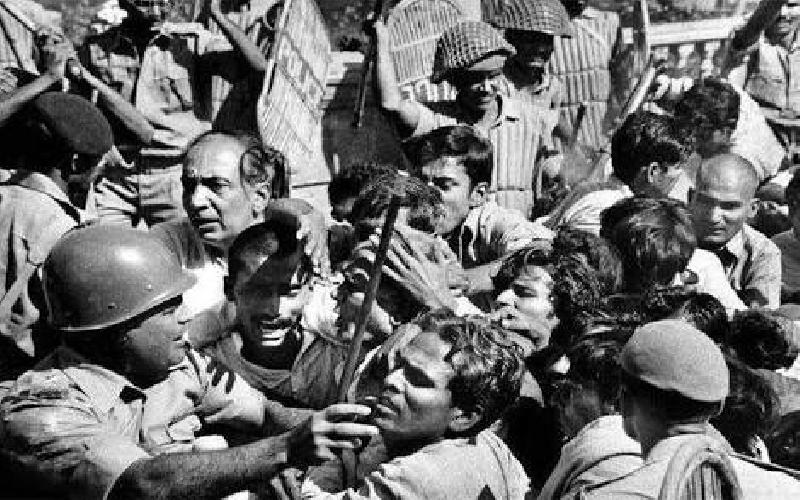 The Emergency period in India from 1975 to 1977 was a dark period in the history. Read more about it here.

The National Emergency, declared in 1975, is one of the darkest periods in the history of India. The emergency that lasted almost two years had created significant changes in the politics and the lives of common people in the country.

The first emergency in India came in to effect in 1962. It was following the India- China war. Then in 1971, in the light of India- Pakistan war, an emergency was declared as well. But these two occassions were when the nation faced security threats. But the emergency of 1975, ushered in a new era and brought in monstrous changed in the course of history.

It was on 26 June, the then Indian President, Fakruddin Ali Ahmed, signed the declaration of National Emergency according to the Article 352 of the constitution.

By the morning, all the major leaders of the opposition had been under arrest. The emergency lasted precisely 635 days. About one lakh political activists were arrested in the period. 34,630 people were arrested in accordance with the Maintanance of Internal Security Act (MISA) and 72,000 were put in jail according to Defence of India Regulation act. Popular Indian politician Lalu Prasad Yadav is said to have named his daughter Misa in a show of protest to the MISA law.

Another feature that boiled the protests against the emergency was the news censorship. Any news that put the government in a bad light was banned and the editiors got arrested.

The movement of 'Total Revoultion', conceived by renowned leader Jayaprakash Narayan was what prompted thr Prime Minister Indira Gandhi to declare emergency. The movement of JP was formed initially against the corruption of Abdul Gaffoor government in Bihar and later it spread over the country. Narayan urged the Gujarat University students to picket the assembly and students in Delhi to block Parliament. He also called for revoultion to the soldiers as well. It convinced Indira Gandhi to declare the emergency.

Meanwhile, the High Court of Allahabad had also nullified the election victory of Mrs. Gandhi from Rai Baraeli. She appealed against the court order in Supreme Court and got a stay on the order. Immediately after the Supreme Court order, the Prime Minister suggested for the emergency.

The emergency was withdrawn on 21 March 1977. The same day, the results of general elections were announced. In the Rae Bareli constituency, Indira Gandhi was defeated by Raj Narayan for a margin of 55,000 votes. Indira became the first Prime Minister to lose in an election. It also led to the formation of the first non-Congress government in the centre as well.

TAGS : india history indira gandhi india emergency national emergency emergency of 1975emergency period jayaprakash narayan
Let us know how you like this article. Like it and Rate it below.
644 0
0
Thanks for rating this article
0 stars - by 0 user(s)

The Sheikh Zayed mosque stands in the Abu Dhabi like an iconic building that is a reminder that modern architecture can produce stunning structures. .