The Important Kingdoms of Pre-united Kerala

Pre-united Kerala and its important kingdoms 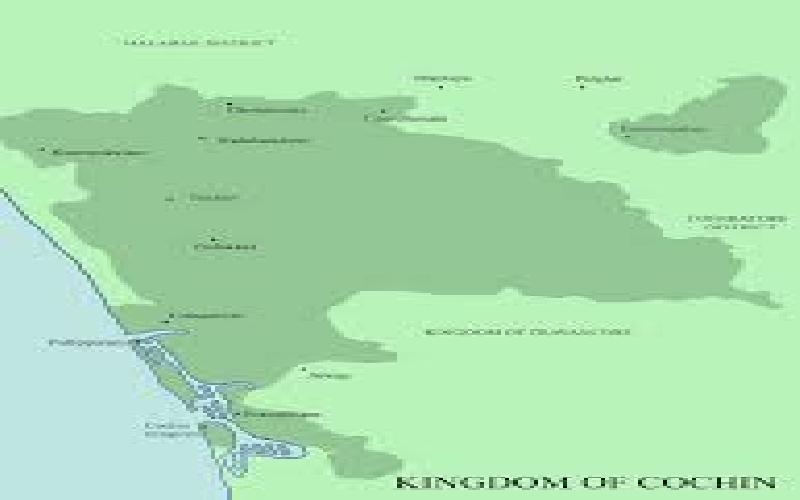 Kerala before 1956 was a group of sovereigns. Read about the important kingdoms here.

Before the formation of the state in 1956, Kerala had been divided into many sovereign kingdoms, small and large. These kingdoms had undergone various transformations over the years. Some of them disappeared in the course of history, while new ones formed, results of various battles and treaties. Read about the important ones of the former kingdoms in Kerala here.

Travencore was one of the strongest kingdoms in Kerala history. Its history begins from the rule of Aye dynasty. It was then known as Ayvelnadu and later was called Venadu.

In 9th century, Kollam was the capital of Venadu. The first known king of Venadu is Ayyanadi Thiruvadikal. Venadu later became to be known as Thiruvithamkoor. The founder of modern Thiruvithamkoor is Marthanda Varma. When India became independent, it joined in Indian Union and merged with Kochi to form Thiru-Kochi.

The ancient Kochi was composed of modern districts of Ernakulam, Thrissur and Palakkad. From 12th century, Kochi was ruled by Perumbadappu Swaroopam. The founder of modern Kochi was Sakthan Thampuran. It was then called Kochazhi meaning 'Small port' and later was truncated to Kochi.

Kozhikode was formed after the period of Chera dynasty. The rulers of the kingdom were known as Samoothiri (Zamorin). It was a short form of Eranadu Swami Nambiyathiri Tirumulppadu. The word Kozhikode originated from Koyilkotta, the name of Samoothiri's palace. Kozhikode was the first kingdom the Europeans reached in India. Samoothiri was the patron of Mamankam, a festival conducted on the banks of Bharathappuzha in 12 years. In 1800, Kozhikode became the part of Malabar under British rule.

It was ruled by Kolaswaroopam clan. Also known as Chirakkal dynasty, the kingdom's capital was Karippadu. The kingdom had expanded from today's Kannur city to Nileswaram river. The ruler was known as Kolathiri. The Madayikkavu Temple at Valapattanam is the family temple of the clan.

It was an ancient kingdom, centered on today's Angadippuram. The first known king was Rajasekharan. The ruling clan is also known as Arangottu Swaroopam. The king was called Valluvakonathiri or Vallottiri. They had been the former patrons of Mamankam festival before it was wrested from them by the Zamorin.

It was a kingdom that lasted 600 years. It was composed of today's Kottayam, Changanachery and Thiruvalla. Its former capital had been Manikandapuram and then it was shifted to Vennimala. In 1749, Marthanda Varma conquered Thekkumkoor and later merged it with Travencore.

TAGS : kerala history kerala kingdoms medieval kerala travencore history
Let us know how you like this article. Like it and Rate it below.
591 0
0
Thanks for rating this article
0 stars - by 0 user(s)