Excellent Air India journey from Colombo in Sri Lanka to Chennai in India.

Brilliant air travel from Sri Lanka to India and Chennai to Kolkata. 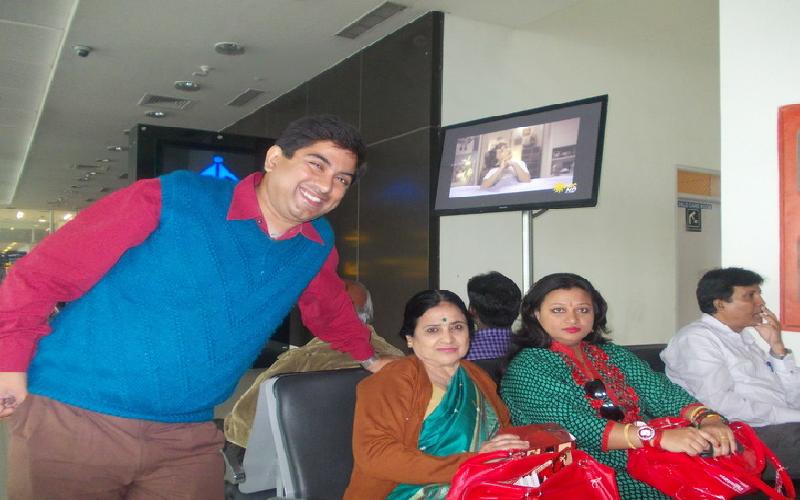 The entire experience of flying from Colombo, Sri Lanka to Chennai, India and also from Chennai to Kolkata was awesome. We loved the flights. My family members enjoyed the amenities provided in the flight and the airports. We loved the cordial conduct of the staff in both the countries.

The Air India return journey from Sri Lanka to India was awesome. I travelled in December. It was a break journey from my native place Kolkata in India.

It was a tropical paradise. I visited brilliant cities including Negombo, Colombo, Kandy, Beruwala, Bentota, to name a few. Right from the hills of Kandy to the tropical beaches of Beruwala I loved the natural sites of Sri Lanka.

The visit to the Spice Garden, Ayurvedic villages in Kandy was also an awesome experience. Sri Lanka is famous for ayurvedic spa because the different spice trees like cardamom, cumin seeds, nutmeg, turmeric plants, are grown in abundance in the hills of Kandy.

I also loved the animal restoration project areas of Sri Lanka. Pinnawella elephant orphanage was a lifetime experience for me. I saw the orphan elephants being nurtured with care. They were provided milk, during the noon time, they were taken to the rivers to half bath together. At the same time I loved the turtle hatchery in Kosgoda in Sri Lanka. The baby turtles were kept in separate small pools where they were provided food for growth.

Even the man made creations in Sri Lanka were mind blowing. The Temple of Tooth in Kandy dedicated to Lord Buddha was a peaceful site. The Perradeniya Botanical Garden in Kandy was a lovely place. We spend half of the day to cover the different plants and trees grown in the garden. Galle Green in Colombo was a marvelous place to see.

With an everlasting treasure of natural experiences we came to the Bandarnayeke International Airport in Colombo during return. It was an afternoon flight from Colombo to Chennai.

The visitors lounge in the Bandarnayeke International Airport was excellent. Local people called the airport by local names like Katunayake Airport or Colombo International Airport. The distance of the airport from the hotel I stayed in Colombo was only around 20 kilometers. Our car used the Katunayeke Expressway which was a beautiful highway connecting city of Colombo with Bandarnayeke International Airport. The seats were comfortable and there was scope of marketing within the airport as travellers had the choice of buying Sri Lankan handicrafts, clothes, showpieces. As I boarded with my family in international destination I was required to be in the airport 3 hours prior to the journey. I reached the place 3 hours before. I got ample time to spend and visit the airport. As it was Christmas time and Sri Lanka had substantial number of Christians, the airport was decorated at that time. There were colourful Christmas trees with gifts and shiny materials. Some of the airport staff were dressed as Santa Claus and shook hand with us. There was a beautiful Gautam Buddha statue within the airport.

The food within the airport was good. There were a lot of Tamilians who lived in Sri Lanka, so it was easy to get authentic South Indian food like Idlis, Samvarwadas.

We boarded the Air India flight. The seats were very comfortable. The food given by the Air India authorities was delicious. We were provided chicken chowmin, sweets, deserts, cold drinks and cakes. Presently Air India had taken a policy of only providing vegetarian food. But when I went few months back non-vegetarian food was also given and I enjoyed the food and the cold drinks. My family members including my mother, wife and elder son also enjoyed the same. Even the sweets, bread and soft drinks including the guava juice, mango juice were fresh and good.

The air hostesses and the air staff were very cordial and polite. At every step they behaved with warmth. The best part of the journey was the amenities provided within the flight. There was TV attached with every seat with multiple channels. There were audio provisions also there where travellers could listen to songs. My family members either watched English, Hindi films in the TV or the Kapil Sharma comedy show within the flight.

The scene of white cirrus clouds outside the windows of the Air India flight was awesome. As international carriers of Air India took the carriers to huge height other than cirrus and cumulous clouds, blue sky and blue waters underneath of Indian ocean nothing else was visible.

When we arrived at the Kamraj International Airport in Chennai it was dusk time. From the windows of the Air India flight we saw the brilliant stretch of sands of the Marina beach in Chennai. The blue waters of the Bay of Bengal were also visible.

We loved the Kamraj International Airport. The currency converting section converted our foreign currencies into Indian currencies. We took US dollars which we used in Sri Lanka. The amount which was not used was converted into Indian rupees.

There were artistic works on the walls of the Chennai International airports showing models of playing musical instruments dancing with mudras, etc. The food lounge in the Airport was awesome with South Indian food and sweets available there.

We stayed in a hotel in Chennai for the night and then flew back to Kolkata in flight from Chennai in the morning. We saw the entire city lit up due to Kartik Purnima showing the huge religious mindedness of the local people there.

When we landed in the Netaji Subhash Chandra Bose International Airport, we found equal amount of warmth from the Airport staff. The airport had fantastic food lounge with pizzas, fish fries, biriyani available in the airport. We collected our baggage from conveyer belt in Netaji Airport, filled up forms relating to immigration, faced customs check then booked pre-booked vehicle from the airport to return home.

While we had pleasant memories of the brilliant natural destinations in Sri Lanka, we did not forget the pleasing experience of Air India flight from Colombo to Chennai. I shared the great experience with relatives and friends whom I met after the journey.

TAGS : Colombo Sri Lanka Kandy Bandarnayeke Chennai India Air India Netaji Subhash Airport Kolkata clouds
Let us know how you like this article. Like it and Rate it below.
234 6
0
Thanks for rating this article
0 stars - by 0 user(s)

Comparison Between Radhanagar Beach And Coral Beach In

The article compares the scenic beauty of Radhanagar Beach with that of Coral Beach of Coral Island and Red Skin island which are in Andaman and Nicobar Islands..