Sarojini Naidu- The Nightingale of India

Why Sarojini Naidu is known as the Nightingale of India? 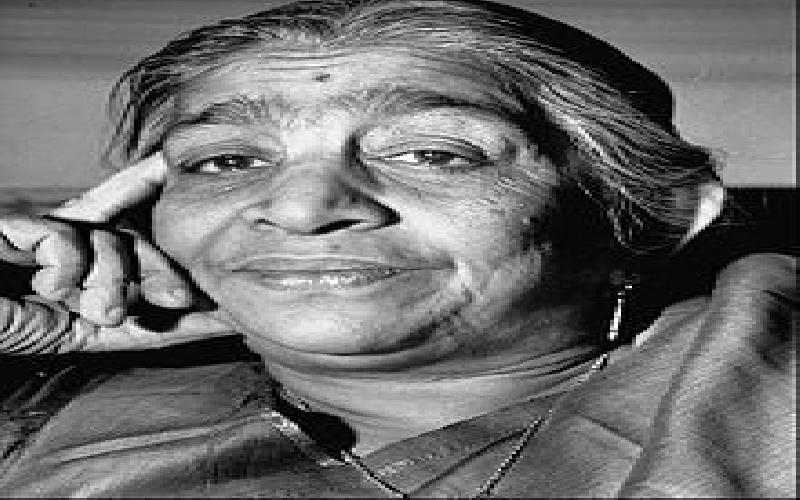 Sarojini Naidu is known as the Nightingale of India. Read her short biography here.

The first woman Governor in India, the first woman President of Indian National Congress from India, famous poet, freedom fighter; these are all the golden feathers of the crown of Sarojini Naidu. She has been known as the Nightingale of India.

Sarojini Naidu was born on 13 February 1879 in Hyderabad. Her father Aghornath Chattopadhyay was a respected sceintist as well as a philospoher while her mother Barada Chattopadhyay was a famous Bengali writer. Their family had emigrated from Bengal to Hyderabad. Aghornath was one of the dounders of the famous Nizam College at Hyderabad as well. Sarojini had 7 siblings, and one of them, Harindranath, was a poet, dramatist and an actor.

Sarojini was very studious and she acquired expertise in languages like Urdu, Telugu, Bengali, English and Persian.

She won first rank in the Metriculation exam of Madras University. She also began to write poems in English. The Nizam, impressed in her, gave a scholarship to Sarojini for studies in England. She studied in Kings College, London, Girton College and Cambridge. She met famous English writers such as Arthur Simon and Edmund Gassay. She also won the fellowship of the prestigious Royal Society.

Sarojini's marriage was an incidental one. There was an unwritten ban on intercaste marriages in erstwhile India. She married Dr. Govindarajulu Naidu, with whom she had been in love from the age of 15. She was 19 at the time of marriage.

Sarojini became a part of the freedom movement during the days of Bengal partition. She also published her first poem collection that time. She won many readers with her books, The Golden Threshold (1905) and The Bird of Time (1912) and The Broken Wing. She had close bonds with Rabindranath Tagore, Gopalakirshna Gokhale, Jawharlal Nehru and Gandhiji. She travelled along the length and breadth of India and demanded to the women to come forward to the mainstream of the soceity.

Sarojini presided over the Kanpur session of Indian National Congress in 1925, becoming the first Indian woman to do so. She was also one of the leaders of the Civil Disobedience movement. She got arrested during the Quit India movement in 1942. She served in the prison for 21 months, along with Gandhiji. She used to call Ganhiji 'Mickey Mouse'.

After the Indian Independence, Sarojini Naidu took charge as the Governor of United Province, the first woman to become so. She passed away at office, on 2nd March 1949.

TAGS : sarojini naidu freedom fighters indian poets indian leaders indian history
Let us know how you like this article. Like it and Rate it below.
603 0
0
Thanks for rating this article
0 stars - by 0 user(s)

Indian Museum in Kolkata is a fabulous museum. The Egyptian section in the museum is awesome.